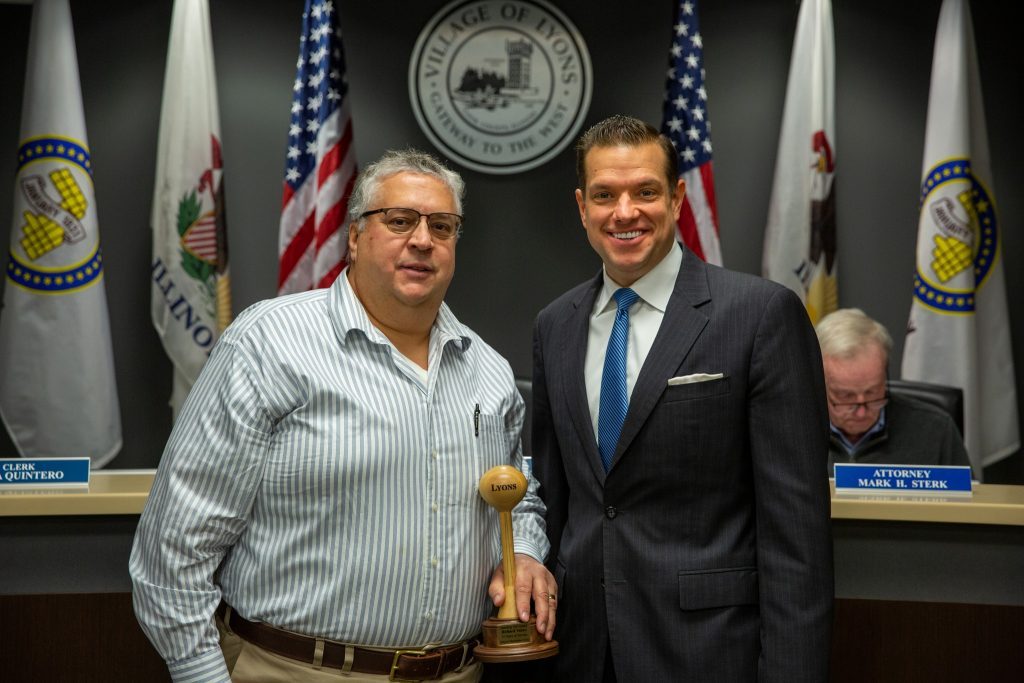 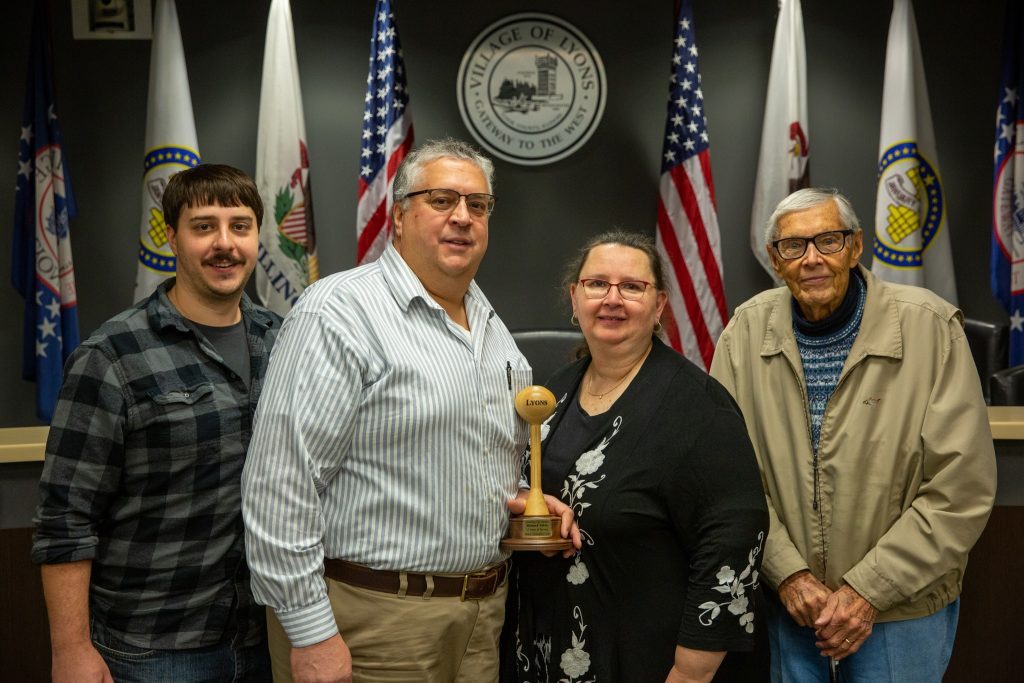 Rich Vabro’s wife Susan, father Dick, and son Josh were in attendance when he received the Standing Tall Award. Daughters Chelsea and Kelly were unable to attend.

It turns out Lyons Village Manager Tom Sheahan was spot on when he said there were many times village employee Richard Vabro found himself in less-than-ideal situations.

“He was always bright and cheery even when he was in mud up to his waist trying to patch a pipe,” Sheahan said.

When asked, Vabro smiled and said, “Many times, yes, many times,” knowing those unpleasant nights – complete with mud and freezing temperatures – were now behind him.

Vabro, 59, of North Riverside, is retiring from his job as Water Operator in Charge for the Lyons’ Public Works Department. He’s worked for Lyons for 35 years.

He was honored at the Jan. 3 meeting of the Lyons Village Board as Mayor Christopher Getty presented Vabro with the village’s Standing Tall Award.

It’s fitting for Vabro, Getty said, that the award is a replica of the village’s water tower that stands behind the firehouse on Joliet Avenue.

“Have you been to the top of the water tower, Rich?” Getty asked.

“Before I give this to you, you have to go to the top of the water tower,” Getty joked.

“We appreciate everything you’ve done for our community,” added Getty, who called Vabro “a dedicated Village of Lyons employee for 35 years.”

“As mayor of Lyons, I wish to publicly thank Rich for all that you’ve done for our community. Not only did you have a demanding job, but it also required you to come in on cold winter nights,” Getty said.

As the mayor noted, “(water mains) don’t break during the day in nice summer weather. They break in cold, frigid temperatures.”

Vabro thanked the village board and staff for the opportunity.

“I appreciate it. I made lots of friends here. Thank you, again,” Vabro said.

He said the job was “a family affair for a long time,” noting that he often was called in to work on emergency calls on weekends.

Vabro started as a water tech reading meters, then became a foreman before his current job overseeing something many take for granted, Sheahan said.

“Think about what everyone does on a daily basis, whether you’re making coffee, getting a drink of water or watering your lawn,” Sheahan said.

“The water is on. It always works. Twenty-four hours a day, seven days a week. … Rich was always there, keeping an eye on things. … He’s done a great job, been a great asset to the community,” Sheahan said.

Vabro said he didn’t do it alone: “I had a lot of help from a lot of good co-workers over the years.”

Vabro played a key role in water improvements as was seen in 2018 when the village switched from the Brookfield-North Riverside Water Commission to McCook as its supplier of Lake Michigan water.

Lyons uses approximately 1 million gallons of water every day, according to the village. The connection with McCook is at 47th Street and Custer Avenue.

Vabro said he will miss the “exhilaration” of solving problems.

“People take water for granted. But it’s the safety of the water, too. People don’t realize what we go through to make sure that it’s safe,” Vabro said.

He most enjoyed helping the residents.

“I always try to be a friendly guy and, hopefully, people perceived me as that,” Vabro said.

Wife Susan, father Dick, and son Josh attended the board meeting. Daughters Chelsea and Kelly were unable to attend.

“I get him full-time now. It’s a good thing,” Susan said. “(The phone) never rang during the middle of the day. It was always at two in the morning.” 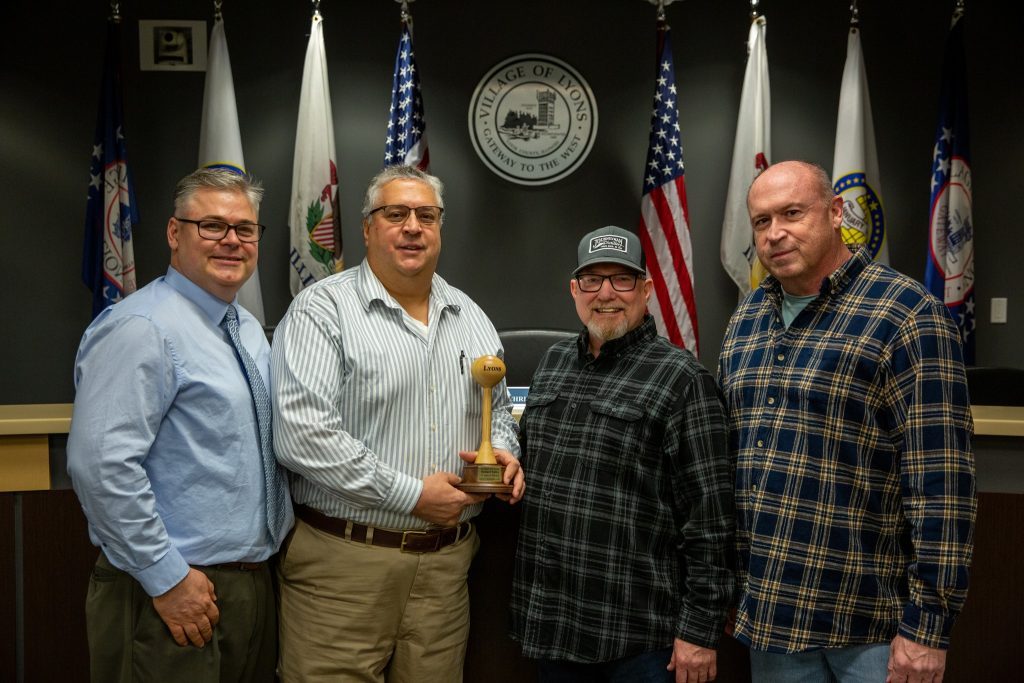