Skip to content
January 16, 2023/Comments Off on Hoops Wrap: Morton women go wild from long-range in win over McHenry

What is more amazing is that it was the second time this season the Panthers had that many treys in game.

After the win over McHenry in the Skyway Conference battle Jan. 12, the Panthers (16-0, 2-0) were first in the nation among National Junior College Athletic Association Division II schools with an average of 13 made 3s per game.

The outside shooting is dangerous, but Panthers coach Jason Nichols says that’s just one part of their game.

“When teams take away our 3s, we finish at the basket,” Nichols said. “Our philosophy is to spread you out as much as possible and it’s hard to defend us, and we can shoot the heck out of the ball.

Nazareth graduate Kaylen Evans had a 29-point outburst against McHenry, including 21 on seven 3-pointers. 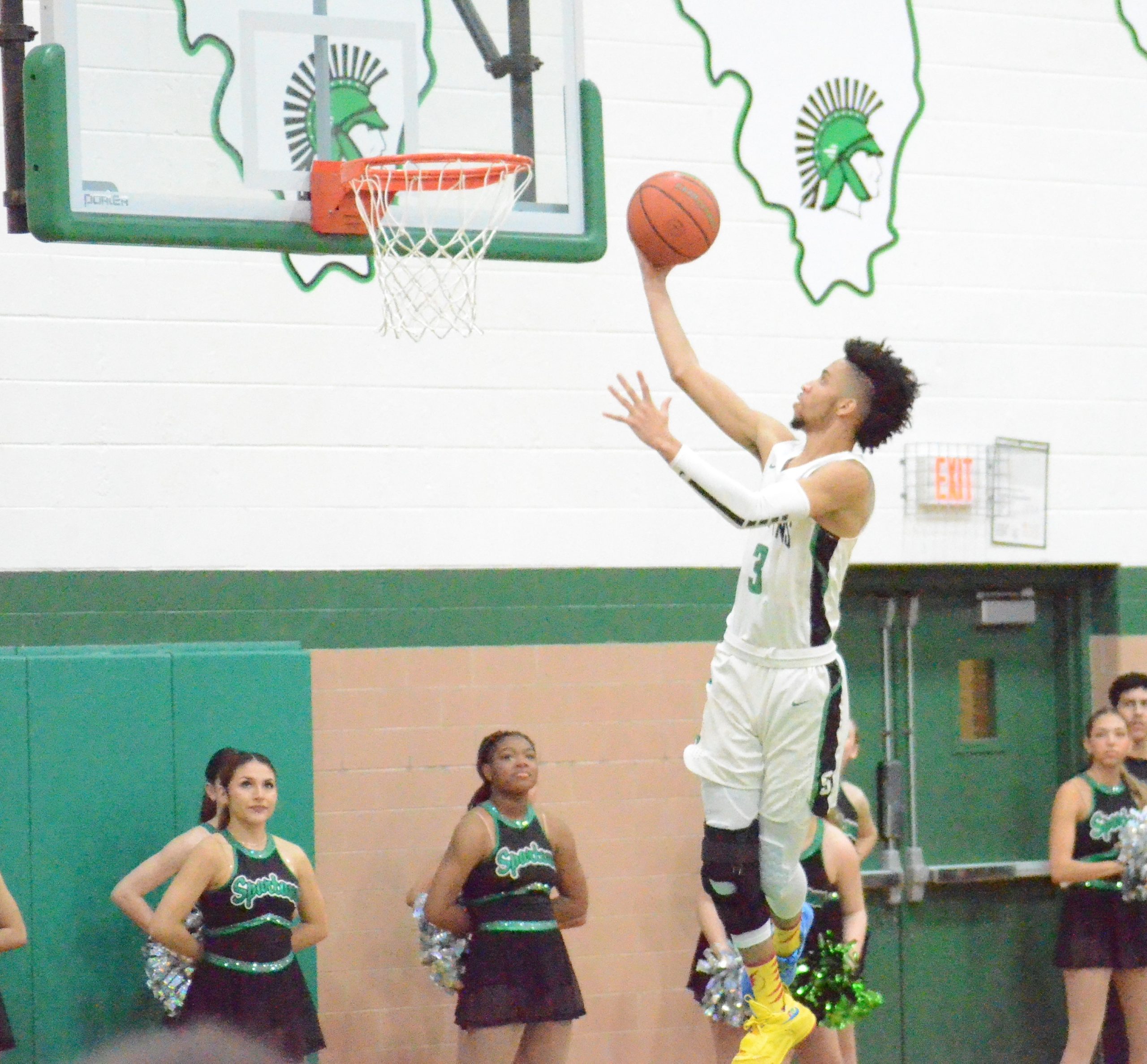 Good news/bad news for Spartans
The Oak Lawn boys knocked off its second ranked team this season Friday night with a home South Suburban crossover 53-51 victory over Lemont, which was ranked eighth in the state in Class 3A, according to the Associated Press polls.

The bad news for the Spartans was the health of star player Xavier Sulaiman. He led the Spartans in scoring with a 19-point average the first eight games of the season but was out for seven games with a right knee injury.

Sulaiman returned against Lemont with the idea of playing sparingly. He was supposed to play three minutes in the first quarter, but he fell after a steal and layup two minutes into the game and was helped off the court by coaches. He was on crutches watching the team hang on in the fourth quarter.

Earlier in the year, Oak Lawn beat Mount Carmel, which is ranked third in the state in 3A.

Losing to the best
St. Rita, which was nationally ranked in the preseason, went 8-6 in its first 14 games against some relatively stiff competition. The Mustangs finally had an easy game with a 90-27 win over Providence St. Mel on Jan. 10.

Then it got tough again two days later.

The Mustangs opened the Bass Pro Tournament of Champions in Missouri with a 74-52 loss to Link Academy (Missouri), which was ranked No. 1 in the nation by MaxPreps. Iowa State recruit Nojus Indrusaitis led the Mustangs with 16 points and North Carolina recruit James Brown added 14 go to with 11 rebounds.

Illinois recruit Morez Johnson had 23 points and nine rebounds in Friday’s 60-42 win over Bartlett (Tennessee) in the consolation bracket. St. Rita’s tournament ended Saturday with a 63-48 setback against Staley (Missouri). Brown had 18 points. 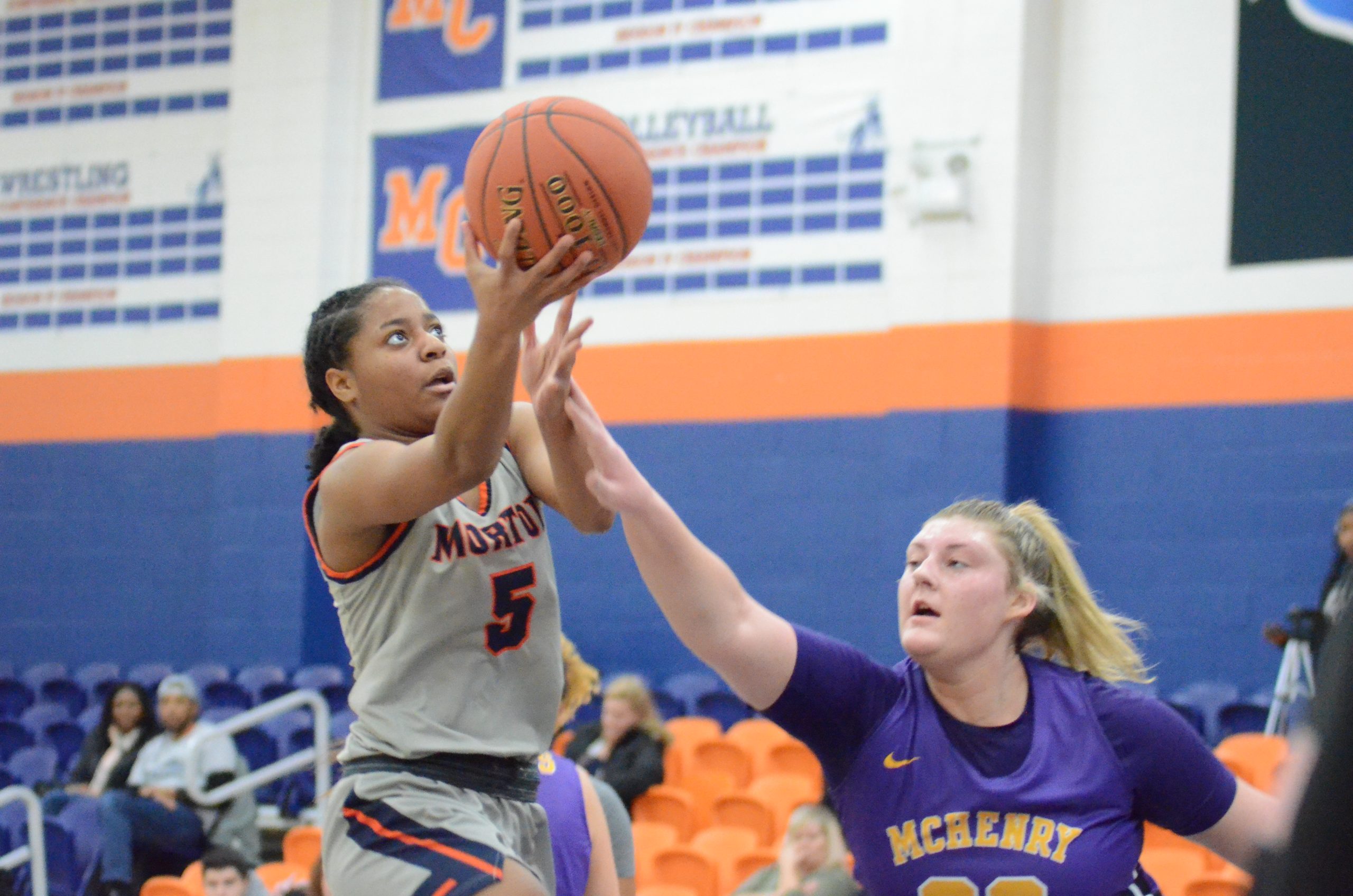 Morton College’s Mia Simpson makes a strong move inside during a 111-44 win over McHenry County College on Thursday. Photo by Jeff Vorva