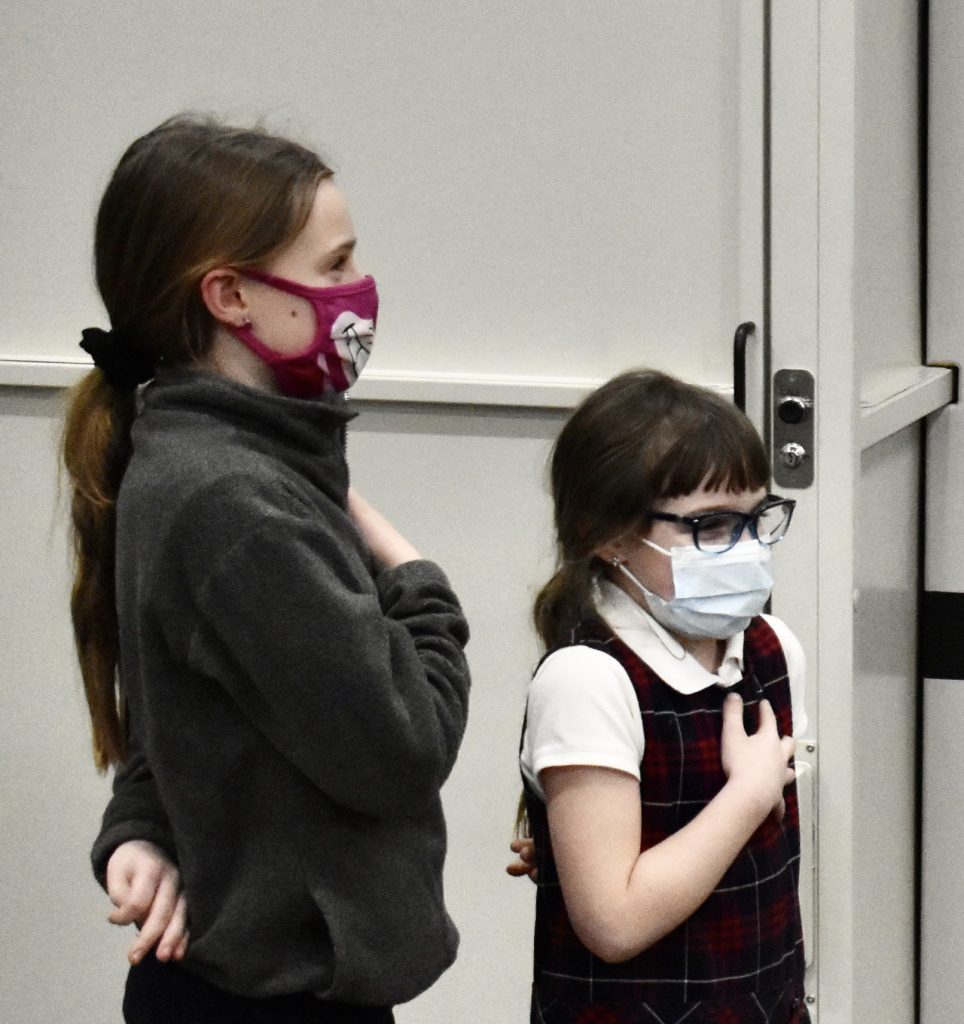 Ava (left) and Kendall Shine, daughters of Township of Lyons attorney Elizabeth Shine, led the board in the Pledge of Allegiance. (Photo by Steve Metsch)

The annual Countryside St. Patrick’s Day Parade is getting a boost from the Township of Lyons.

The township board unanimously approved a $1,000 sponsorship for the city’s popular event.

“We have traditionally sponsored this event,” Township Supervisor Christopher Getty said at the board’s Feb. 8 meeting.

“Although we have not participated in the past, I’m looking to put a group together to participate,” Getty said. “Friends, families of those involved in the township.”

The parade queen is set to be crowned at the city council meeting at 7:30 p.m. Feb. 23. The parade is looking for volunteers, and sponsors.

In other business, the township board unanimously approved paying an amount not to exceed $29,000 to G.W. Associates, based in Chicago Heights, for an audit of financial services for the fiscal year.

The price is up $1,000 from last year due to wage increases, Getty said.

“G.W. Associates has worked well with our township,” he said.

The board also unanimously approved a proposal to dispose of surplus properties like old computers and miscellaneous officer furniture.

Township Clerk Elyse Hoffenberg told the board that a Jan. 29 vaccination event held in the community room was a success.

“We had one woman who came and told me she read about it in the Desplaines Valley News and was so excited because she’s been trying to get the booster, doesn’t have a computer, (and) she didn’t know what to do,” Hoffenberg said.

“She read the story and said the township is close to where she lives,” she said.

Thirty-six vaccinations were given that day, she said. Of those, 11 were administered to children.

The annual town meeting is set for April 12 at SeatGeek Stadium in Bridgeview.

The meeting is held there each year because the larger setting allows each community in the township to send representatives. And there’s more room for the public to attend.