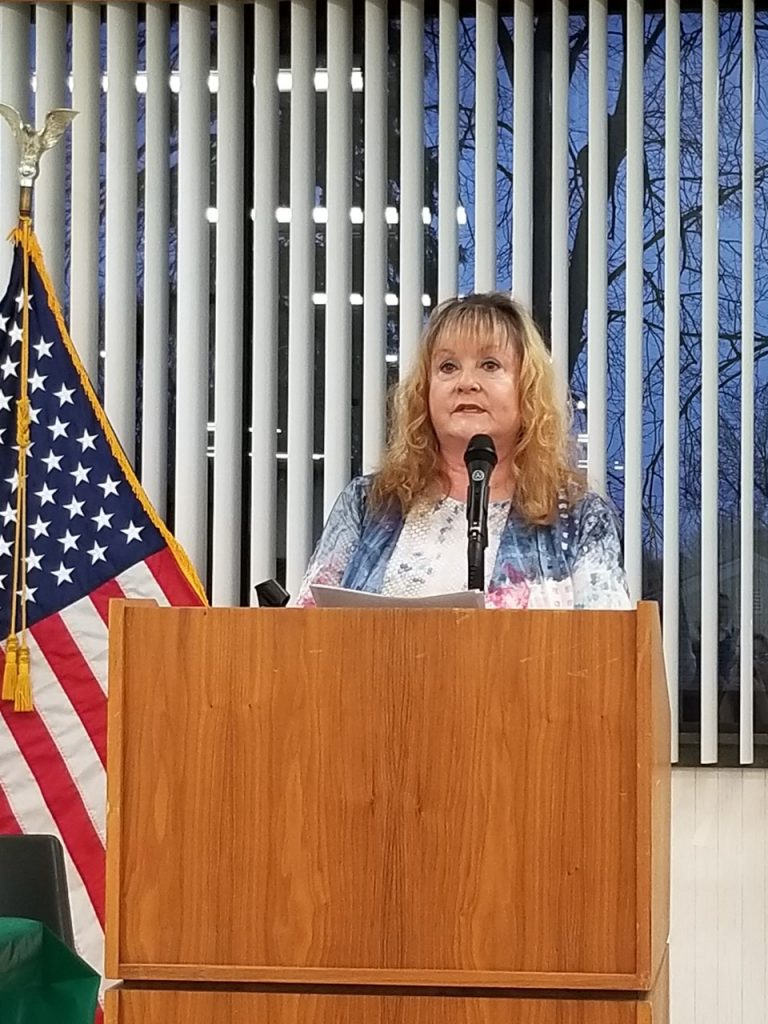 A crowd of about 75 people were on hand last week for the inaugural State of the Village message from Forest View officials.

Village Trustee Midalia Nevarez welcomed the crowd on March 31 to the Art Treckler Room, and introduced the elected officials and department heads who were going to give presentations.

Fire Chief Mark Jones was the first to give his report. He stated the village has 35 uniformed firefighter/paramedics with a combined 25,893 hours of training. He said crews responded to 736 calls last year.

Police Sgt. Marco Perez, who was the interim police chief before Steven Stelter assumed the job, presented the department’s report for 2021. He went over the number of calls received and how many tickets were issues during the year.

Stelter spoke about the positive changes that are happening in the department since he took over the position. He said the department may soon have a Facebook page for residents to be more in touch with what’s happening, when it happens.

Stelter also talked of a possible Citizens Police Academy starting in the fall. They would be looking for 15-20 residents to attend one night a week for 10 weeks.

Next up was Jack O’Donohue, Superintendent of Public Works and Water. He said workers spruced up village hall, took down 10 trees and planted 12.

He made mention of a possible sign decorating contest for residents to replace the village sign, along with plans for 2022 for street upgrades, getting a bucket truck, and perhaps even a small tractor to be able to clear village sidewalks during the winter.

Village Clerk/Treasurer Laura McGuffey and accountant Joy Conklin presented the treasurer’s report, which included balances, revenue collected, expenses, and the Police and Fire Pension reports for the year. Details were made available to those in attendance.

Chad McDade, president of the Park Board of Commissioners, also spoke and said he was looking forward to more park improvements in 2022.

Village Administrator Mike Dropka said street projects are in the works, explained how the village is working to close loopholes to get its fair share of revenue, and how village officials have worked to fund the police and fire pension so as to not have a tax impact on residents.

The actual State of the Village address was then given by Mayor Nancy L. Miller.

Miller thanked the department heads, trustees and staff, the village attorney, and administrator. She then went over some new things that the village is working on and looked back at some things done in the past year.

She said the village now has a pet scanner to check for chips in animals that are found. She will continue to work with the I Live Alone program, which isn’t just for seniors, but anyone who lives alone. The village held Oktoberfest in 2021 and that may continue, along with the letters to the North Pole mailbox in the village hall lobby. She said the Easter Bunny will soon be around town. The village will host a National Night Out event in August.

Miller said the water is Forest View is safer than bottled water and she is proud of that.

She said officials will continue to apply for grants for various projects. A key fob system may be installed at village hall to make it safer.

She said that she’s at village hall most evenings, and welcomes anyone to contact her with any issues.

Plaques were presented to Perez for his hard work as interim police chief, and another went to Officer Mark Goddard for his work as lead investigator on two homicides in the past year.

Trustee Mike Grossi invited everyone to stay for food, treats, and any questions they may have.

Miller was pleased with how the evening turned out. “Our inaugural State of the Village presentation was meant to celebrate the community, highlight the accomplishments of the past year, and focus on the goals for the year ahead. This new yearly event will allow our department heads and administration to give yearly reports to our residents and provide them with an opportunity to ask questions.”

A special touch was packets of flower seeds, with a thank you on it for those for attending. The message read, “Thank you for attending Forest View’s Inaugural State of the Village Address. These seeds are to remind us that together we can help our amazing community grow.” 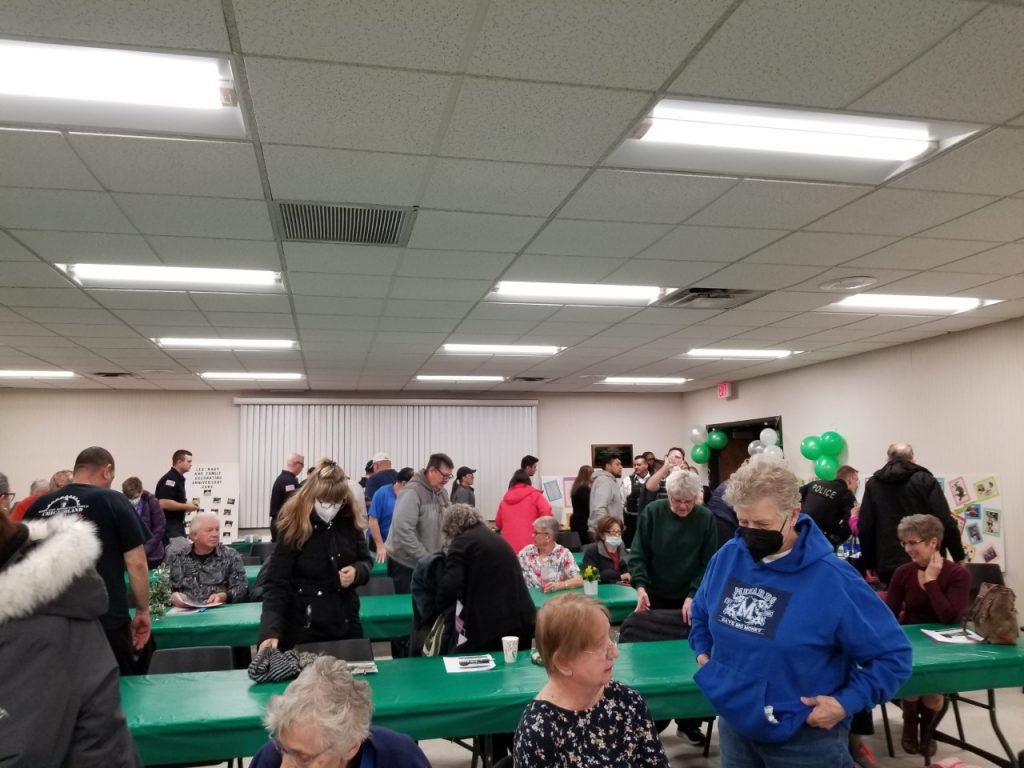 Those in attendance at last week’s Forest View State of the Village presentation enjoy refreshments after hearing reports from department heads and the mayor.