Skip to content
May 6, 2022/Comments Off on Gardening time is here

Your correspondent in Archer Heights and West Elsdon

My mother-in-law always told me to wait to plant the flowers ‘til after Mother’s Day. So, I think it is safe to do so.

(I never can wait and put up my petunias on April 28, first checking the weather for no frost).

The students of St. Bruno and St. Richard schools will be performing in a dance showcase at 5 p.m. May 18 in the St. Richard parking lot. 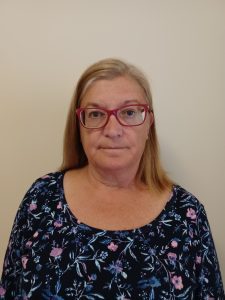 The folks around 57th Place are eagerly anticipating their new letter carrier. From what I understand, a decision won’t be made until June or July.

We have gotten to meet several carriers, some from the past and some new. Substituting for Gabriel’s route we have seen Eddie (who was our carrier in the past), Dave (whose wife was our carrier years ago), George (whom we have known for some time) and Sahnay (whom we just met).

We still offer treats when they deliver. If I had to pick one as a favorite, I would pick all! The best part is our dog, Oliver, loves them too.

I had my shower party back in August 1980 at The Blue-Sky restaurant at 48th and Pulaski. At that time, it was a Polish restaurant and had a little bar attached to it. Well, that building has been completely remodeled and looks great. According to talk on social media, it’s set to be a restaurant.

But in the construction news, the work on our Walgreens at 59th and Pulaski is coming along quite nicely as well.

Congratulations to those students of the St. Turibius Religious Education program that will be making the Sacrament of Confirmation on May 6.

Also, congratulations to my neighbor, Maria’s, son Isaiah on his report card. He received all As from Peck School and is on the A honor role. We had to reach into our bucket of dollar coins and give him a few for his success, even though mom says it’s his job to get As.

Remember, if you want to read this column online, please head over to southwestregionalpublishing.com and click on Subscribe. An online subscription to the Greater Southwest News-Herald costs as little as four cents a day (spread out over a year).

Happy Birthday to Justin Kuchta on the 12th. As always at this time of year, Happy Mother’s Day to all. It would have been a great day to travel to Boston’s Fenway Park for White versus Red!