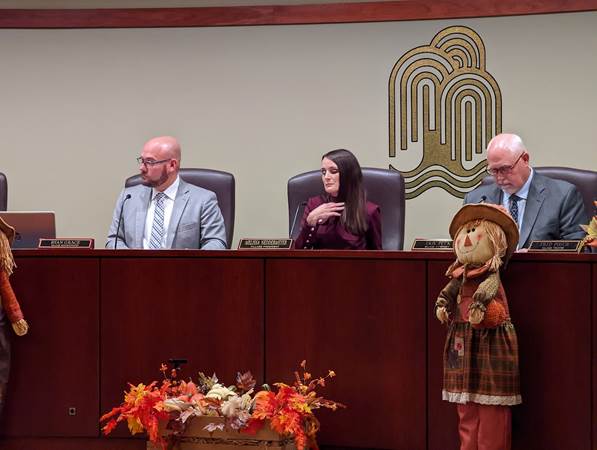 The resolution will be forwarded to General Assembly leaders of both parties and those that represent the village. Officials had previously passed a similar resolution at their its January 28 board meeting.

The village has designated October as Police Appreciation Month and the adoption of the resolution was meant to reinforce the village’s support for law enforcement.

According to Mayor Melissa N. Neddermeyer, some of the major issues with the SAFE-T Act are the late-night approval of the act with limited review by the public or even rank-and-file legislators; issues related to the elimination of cash bonds; and the unfunded mandated training requirements on local law enforcement.

McCarthy was initially named interim chief and was later appointed to the full-time position. McCarthy is paid $110,000 annually with an industry-standard benefits package.

Neddermeyer and McCarthy both laughed at a question when asked if McCarthy had a driver or personal security detail. Both answered “unequivocally no!”

Additional village business included the purchase of land to help with flood control, approval of normal bills and payroll, and making the public aware of Halloween events at Lyons Park Monday night.