Skip to content
November 7, 2022/Comments Off on Hundreds attend Halloween celebration in Lyons 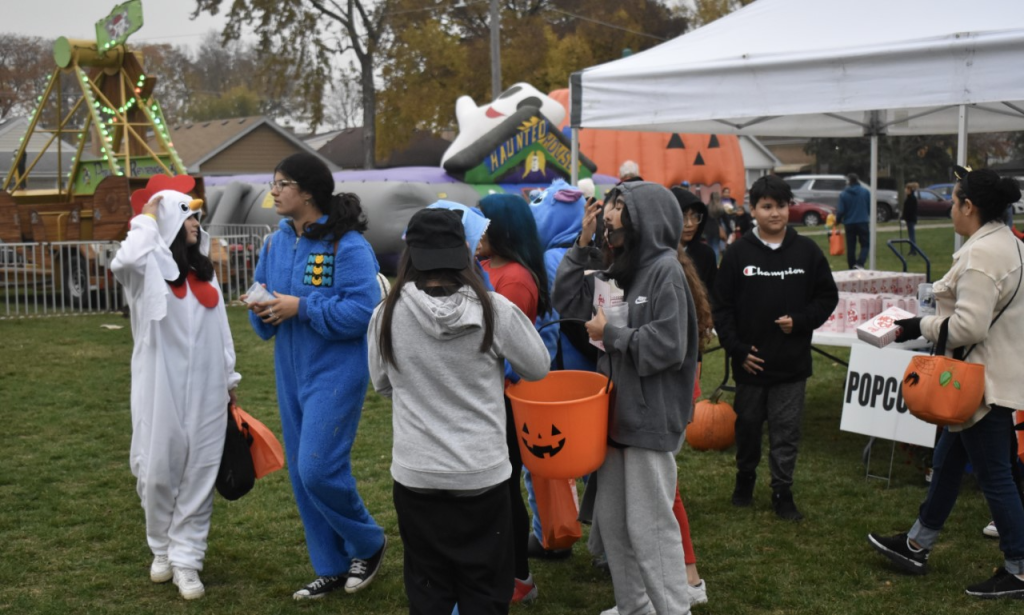 There were plenty of costumed kids at Lyons’ annual Halloween celebration. (Photos by Steve Metsch)

Carmen Perez was looking for a distinctive Halloween costume this year.

She sure found one.

Carmen’s costume made it appear that a bright green space alien was carrying her around the Halloween Celebration in Smith Park on Oct. 31 hosted by the village of Lyons.

In reality, Carmen’s legs were in the green alien’s legs, and fake legs were in front of those, making it seem like the alien was holding her. 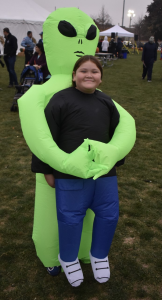 Carmen Perez was “captured” by a space alien but didn’t mind.

A sixth-grader at Washington School, Carmen planned to go trick-or-treating afterwards. Her goal? Getting plenty of Snickers, her favorite candy bar.

Carmen and her father, Jose – dressed as the loyal Cubs fan he is with cap and shirt – enjoyed playing games and free hot dogs.

The top three vote-getters, their photos posted on the village’s Facebook page, win VISA gift cards worth $150, $100 and $50, respectively.

Hundreds attended the event. Some took hay rides around the park. Others played on inflatables or visited a petting zoo.

Some marveled at balloon animals created by Greg Bodnar, of Mount Prospect.

And a few were kind of leery when approached by a towering Grim Reaper, alias magician John Measner on stilts.

It all added up to plenty of smiles. Count Mayor Christopher Getty among those.

Ted Tala, director of parks and recreation, was busy making sure plenty of candy from huge bags purchased at Costco was available for children playing games.

The village had 450 hot dogs at the ready, Tala said, along with about 800 boxes popcorn, bottles of water and taffy apples.

“We’re big on tradition,” Tala said. “Since I’ve been onboard – this is my sixth Halloween event in Lyons – it’s something that you know is here.” 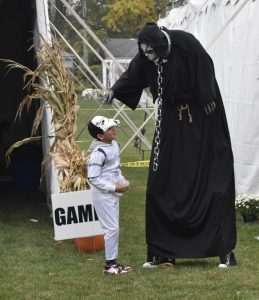 The Grim Reaper visits a lad.

Older kids from schools in the village volunteered to help run games, he said.

One of the cutest costumes seen was a unicorn, alias 18-month-old Salma Talhy.

The toddler, who lives in Norridge, was there with her grandmother, Feli Dominguez, who lives in Lyons a few blocks from the park.

“She had COVID last year, her first Halloween, so she couldn’t come out. This year, we took advantage,” Dominguez said.

Dominguez planned to take Salma out trick-or-treating after. “We’re here before it gets crowded,” she said around 4:30 p.m. 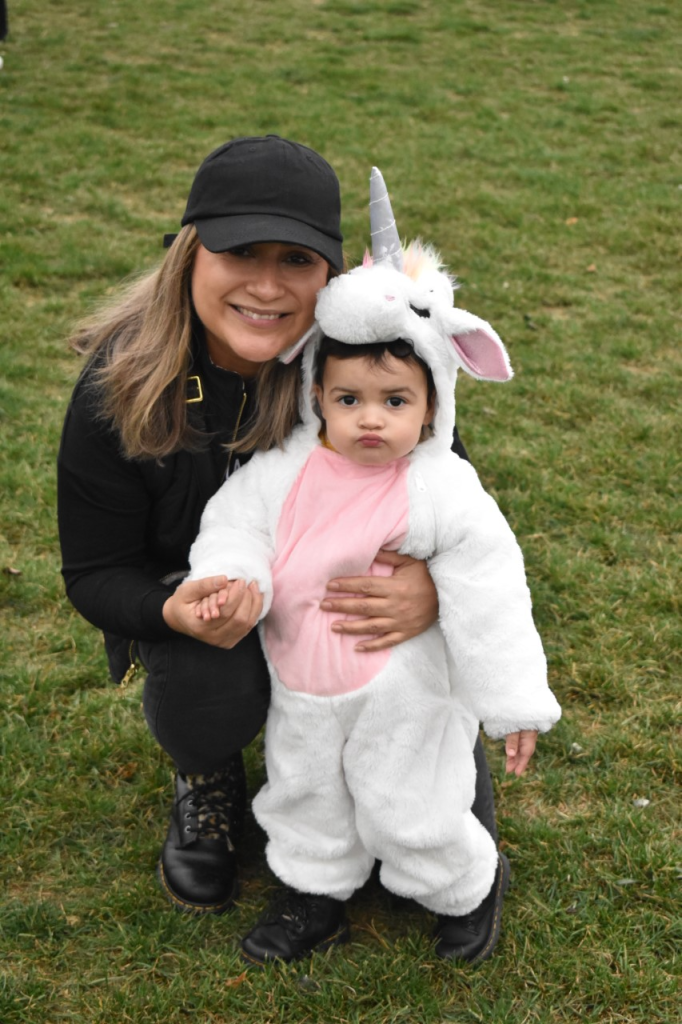