August 14, 2015/Comments Off on Lipinski calls for return of slain soldiers 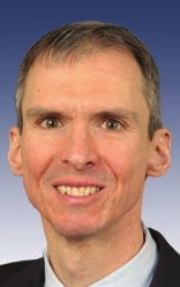 Cong. Dan Lipinski (D-3rd) was informed recently of what may be the discovery of the bodies of 37 Marines who died in the Battle of Tarawa.

Lipinski said he has fought for the past six years for the return of American soldiers who were killed in the Battle of Tarawa in World War II.

Tarawa, located halfway between Australia and Hawaii, was the scene of one of the bloodiest battles of World War II. More than 1,100 American lives were lost in three days beginning on Nov. 20, 1943, as the 2nd Marine Division and part of the Army’s 27th Infantry took the island in an amphibious assault, dislodging an entrenched force of 5,000 Japanese soldiers.{{more}}

The Defense POW/MIA Accounting Agency was notified by the non-governmental organization History Flight that they recently found what they believe are the remains of unaccounted-for Marines from the battle that occurred in November of 1943.

DPAA is working with History Flight to receive the remains before the end of July and will expeditiously confirm the identities of those recovered. One of the Marines unaccounted-for from the battle is Medal of Honor recipient 1st Lt. Alexander Bonnyman, Jr. It is believed that he is among those whose bodies have been recovered.

ÒI have always been dedicated to working with veterans and their families and pushing for more resources to locate and identify Americans that fell in service to our nation,” said Lipinski. ÒThe least we can do for our citizens that paid the ultimate price for us is to give them a proper burial at home. That’s why in 2009 Ñ at the request of decorated Vietnam Marine veteran Jim Balcer Ñ I added an amendment to the Defense Authorization Bill calling on the Defense Department to specifically work on recovering the remains of those killed at Tarawa.

ÒI have also helped private groups, including History Flight led by Mark Noah, cut through government bureaucracy several times, including getting visas for travel to Tarawa,” continued Lipinski. ÒRecently, I’ve been working to encourage the federal government to fully embrace and work with these outside groups. It is that growing relationship that directly led to the recent recovery at Tarawa.”

Lessons learned from Tarawa guided and influenced subsequent Allied landings in the Pacific, but the remains of over 550 Americans, including almost 40 from Illinois, were never recovered, as many bodies were buried where they fell and no detailed records were ever kept.

ÒThe importance of the Battle of Tarawa and the contributions of those who made the ultimate sacrifice for our country cannot be overstated,” Lipinski said. ÒThe courage they demonstrated on Tarawa will never be forgotten. No matter how long it takes, I will continue to support efforts to fulfill our promise to all of our military men and women to leave no one behind.”

Family members of individuals still unaccounted for from the battle of Tarawa are encouraged to contact History Flight at (888) 743-3311, or go online to historyflight.com.