May 26, 2016/Comments Off on Donated fire truck pays tribute to fallen firefighter at Moraine Valley 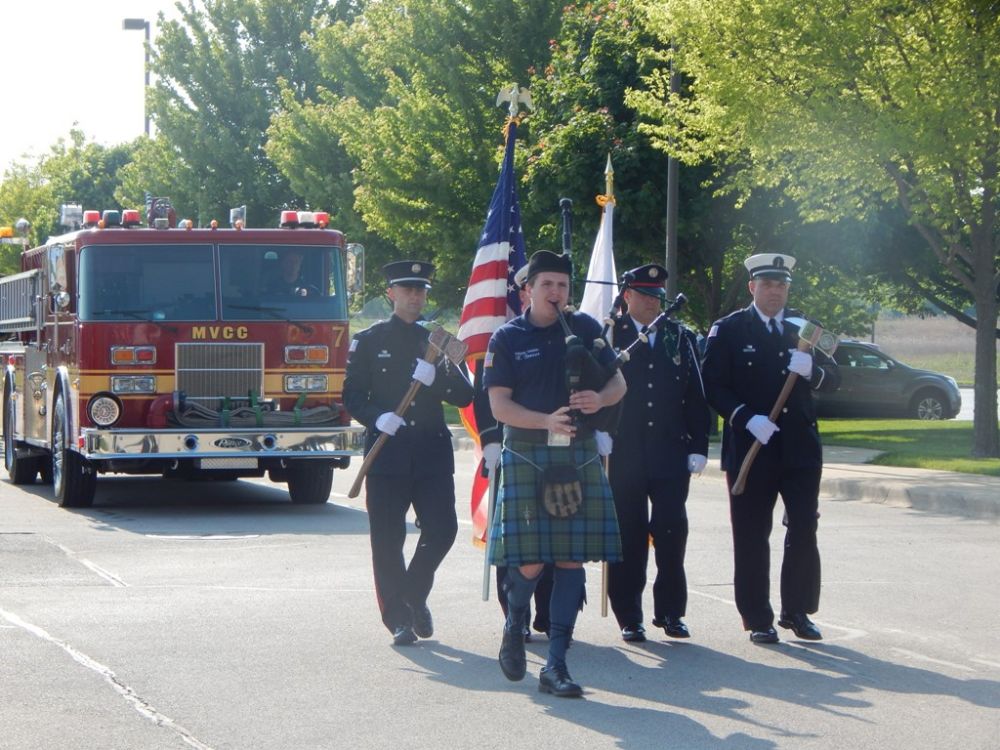 Fire academy students at Moraine Valley Community College in Palos Hills honored the memory of a Chicago firefighter who died in the line of duty when he fell through an elevator shaft of a burning warehouse on the city’s Southeast Side.

A fire truck that was no longer in service has been donated by the Orland Fire Protection District to the school in memory of Daniel Capuano, 42, who was living in the Chicago’s Mount Greenwood neighborhood at the time of his death. Capuano died when he fell from the second floor fighting the warehouse fire on Dec. 15, 2015.

In honor of Capuano, the Orland Fire Protection District presented the fire truck Ñ a 1999 Pierce Ñ to the Moraine Valley Community College Fire Science Academy for student training on May 19 before the regular Moraine Valley Board meeting. The truck was named in memory of Capuano.

Capuano was a 15-year veteran of the Chicago Fire Department, where he was assigned to Tower Ladder 34 in the city’s Southeast Side. Capuano also was as a part-time Evergreen Park firefighter for the last 16 years.{{more}}

The Orland Fire Protection District recently retired the fire truck from its fleet and worked with Cook County Board Commissioner Sean Morrison (R-17th) to explore possible reuse opportunities that led to the arrangement with MVCC. The MVCC Fire Science Academy is designed for students who wish to become eligible for initial fire department hiring lists.

The truck will be used to further the MVCC Fire Science Academy’s ability to provide the very best training to prepare students entering the fire department field.

ÒAs a son of a retired Chicago firefighter this story touched me. I never knew Danny Capuano personally, but like the tens of thousands of other people, I have heard through the media’s covering the tragedy of his death, I became informed, not of just the tragic circumstance surrounding his death, but of most importance, the magnificent life in which he lived and the love and dedication that he held for his family and his fellow brothers and sisters of the Chicago Fire Department,” said Morrison.

Capuano and his wife, Julie, had been married 20 years. He leaves a 16-year-old daughter, Amanda, and two sons, Nick and Andrew, ages 12 and 13.

Capuano’s sons attend Queen of Martyrs School in Evergreen Park. Nick is in the seventh grade and Andrew in the eighth. Amanda graduated from Queen of Martyrs and now attends Mother McAuley High School, where her mother had graduated.

Capuano grew up in Palos Park with his parents, Jacquelyn and Michael Capuano, and his two brothers. Before he became a Chicago firefighter, Capuano also worked in Lemont as a firefighter and paramedic.

ÒThere is a long legacy of honoring our fallen firefighters by dedicating fire trucks and other emergency apparatuses’ in their memory, this particular event is amongst them,” Morrison added. ÒDanny Capuano was from the Palos community, and members of his family still reside in our community to this day. Additionally, prior to his service on the city of Chicago Fire Department, he was a member of the Evergreen Park Fire Department. All of these communities share Moraine Valley Community College as their feeder school for secondary education. it is only fitting that we honor firefighter Capuano in that tradition.”