October 6, 2016/Comments Off on Fire forces Barraco’s to close in Evergreen Park 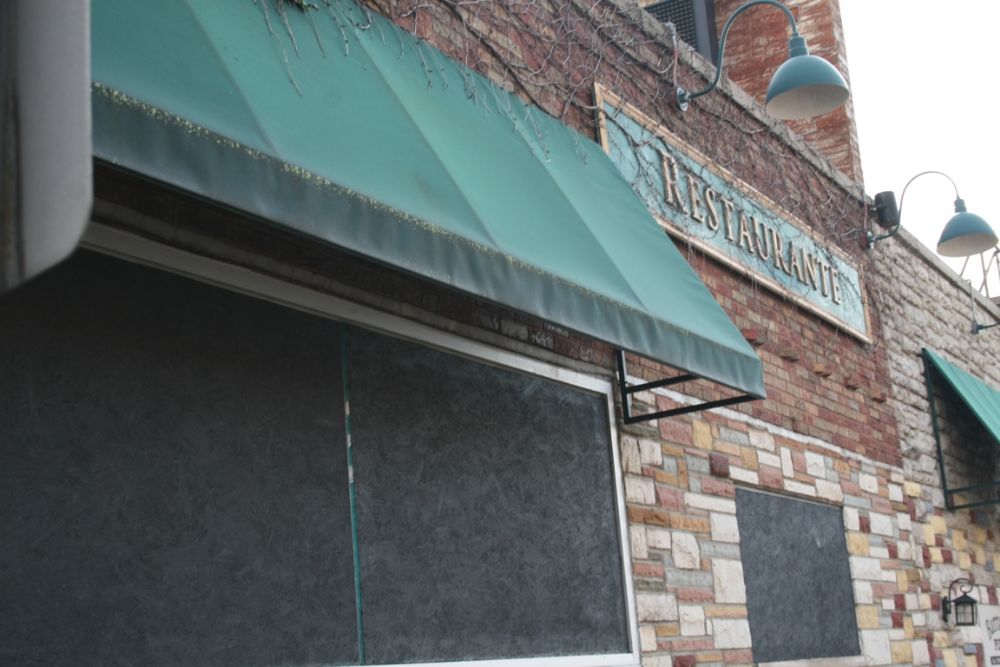 Barraco’s restaurant in Evergreen Park will be closed indefinitely after a fire broke out early in the morning hours of Sept. 24 that caused extensive damage to the kitchen.

Patrons dropped by throughout the day to offer encouragement and support to ownership after they learned about the blaze that began in the kitchen at about 5:40 a.m. Evergreen Park Fire Chief Ron Kleinhaus said that the fire began when an oven caught fire in the kitchen. Flames spread to the ceiling and vents, he said.

Barraco’s, which is at 3701 W. 95th St., was evacuated when the fire began to spread. A portion of the kitchen roof collapsed. Cooks and employees were able to leave without incident. However, two firefighters did suffer injuries and were taken to a nearby hospital. One Evergreen Park firefighter suffered a concussion while another reportedly had an arm injury. Both firefighters have since been released.

ÒThey are OK,” said Evergreen Park Mayor James Sexton. ÒThere is damage to the building but the most important part is everyone is alright.”

Naples Bakery, which is right next door at 3705 W. 95th St., was closed that weekend due to water damage as a result of the fire.

Ò”Naples had a little water damage but nothing serious,” said Sexton. ÒThey were in there Sunday morning (Sept. 25) moving some of the cakes out. They will be fine.”

Sexton also stopped by on Sept. 25 to see what he can do for ownership. The Evergreen Park mayor and fire chief said that the restaurant, also known for their pizzas, is very popular in the neighborhood.

In the meantime, loyal customers approached some of the owners and said they will continue to go to Barraco’s. For them time being, that means they will visit some of their other locations in Burbank, Crestwood, Orland Park, Orland Hills and Chicago’s Mount Greenwood neighborhood.

ÒThey will continue to operate at other locations, and some of the catering will be handled by the restaurant in Chicago’s Mount Greenwood neighborhood,” said Sexton. ÒThese guys have been pretty good for this town. They have been generous and people really like them.”

Remnants of the fire are visible. The facade above the kitchen is charred. The kitchen door and windows along 95th Street are boarded up. The owners had little to say other than they are discussing their options. But customers who visited, along with the mayor, have no doubt they will reopen.

Sexton also added that he was proud of the response of firefighters from Evergreen Park and several other neighboring towns. Over 100 firefighters were on the scene from communities such as Bridgeview, Burbank and Oak Lawn. Evergreen Park is now part of the mutual aid response system that works closely with other local municipalities to react to major emergencies. The mayor was impressed with how well the system worked during the fire at Barraco’s.

ÒThey were unbelievable,” said Sexton. ÒIt’s an amazing system. They do this all the time but to see them communicate with each other was amazing. We thank them all.”