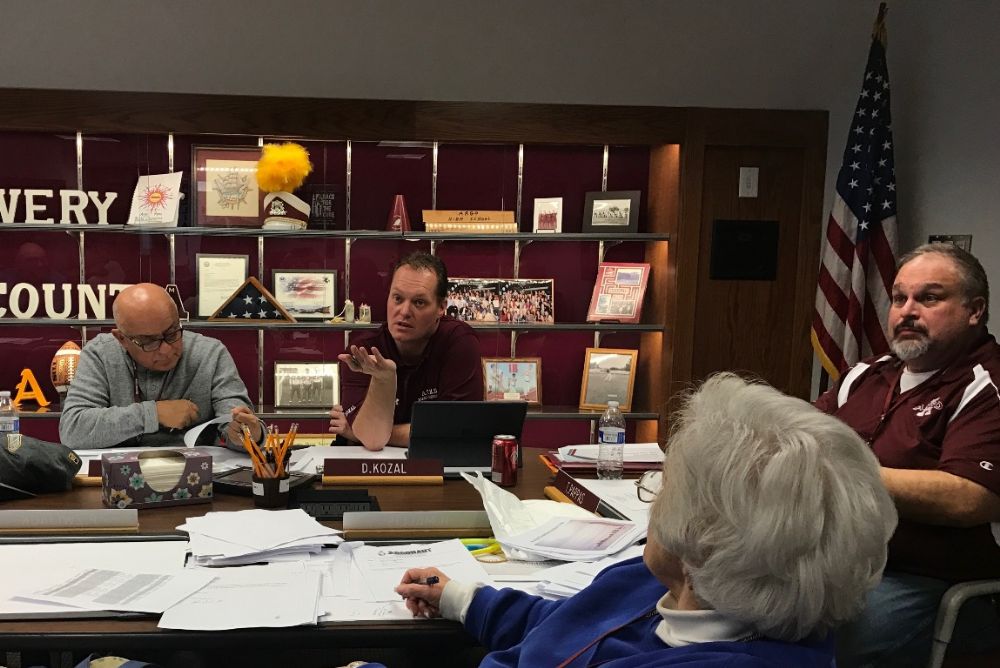 Homecoming at Argo Community High School will be under the lights for the first time this fall.

The District 217 school board approved a plan proposed by Athletic Director Rebecca Moran, which will move the game from Saturday afternoon to Friday night.

She and other school officials think the Friday night game will be more accessible to more fans and result in a bigger crowd to watch the Argonauts play Evergreen Park on Sept. 15.

ÒWe still want to honor tradition. We are going to maintain a Saturday (homecoming) breakfast and parade,” Moran said.

Supt. Kevin O’Mara said that in talks with his peers who have switched to Friday night games they Òusually see a doubling of attendance. We’re hoping to replicate that.”

The board unanimously approved the change. School Board President Terrence Pappas said that it’s hard for some fans to set aside enough time on a Saturday afternoon to come to Argo for a game.

He’s hoping that Òon a Friday night they can come here after work and watch the game.”

Win or lose, the football team will walk in the Saturday parade. Officials envision some homecoming-related activity in the Richard and Sharon Portillo Performing Arts Center that is being built south of the main building and just west of the football field.

Moran said there will be some athletic event for alumni to watch that Saturday.

ÒMy intention is to schedule a home soccer game that day. We also have a diving invitational that happens that day,” she said.

The Dave Brady Cross Country Invitational, named for a former Argo coach who is now mayor of Bedford Park, will still be held in Bedford Park on Homecoming Saturday, O’Mara said.

ÒIt’s the largest cross country meet in the state outside the state tournament. It’s hundreds and hundreds of kids and families enjoying the day,” O’Mara said.

The foyer in the Portillo Center would be large enough to host an event during homecoming weekend, perhaps a luncheon, officials said.