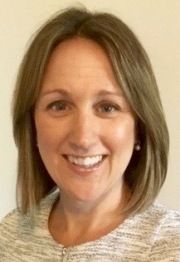 Quinez’s appointment was approved at the June 22 Special Board of Education meeting and she will begin her new role Aug. 1. She will be taking on the role following the departure of Robert Condon who served as the director for the last eight years. Quinez was selected after an interview process that included a committee comprised of parents, staff and administrators.

ÒWe are very pleased that Mrs. Quinez is taking on the director role and it is wonderful that we were able to have an internal candidate fill this position,” said Joyce Powell, assistant superintendent for special education. ÒHer knowledge of the district’s special education programs and interventions is a tremendous asset.”

Quinez has served as the lead resource teacher and local education authority at Ogden Avenue and Cossitt Schools in La Grange since 2015.

She previously served as a special education teacher at Ogden Avenue and Park Junior High Schools beginning in 2010. Quinez has also worked as a resource teacher at Butler School District 53 in Oak Brook. She began her teaching career at McGlannan School in Miami in 2003.

Prior to entering the education field, Quinez worked as a business process analyst and management trainee at Maersk Inc. in Miami.