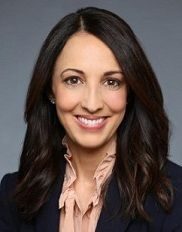 LaGrange School District 105 Board of Education member Elyse Hoffenberg, who is running in the Democratic primary for Illinois House District 82, fired a shot Monday at the Republican incumbent Jim Durkin over a report in the Sun-Times that Durkin helped strip club developers build an unwanted strip club in Broadview.

ÒReports that political boss Jim Durkin used his clout and influence to advance the agenda of strip club developers working to force an unwanted adult entertainment facility on a suburban town shows what so many in our community already know: Durkin will serve the interests of his politically connected buddies, he will work to advance the extreme Trump agenda, but he isn’t looking out for suburban families,” she said in a statement.

ÒThe people I talk to on a daily basis as I walk door-to-door in our community are rightly outraged that Representative Durkin has used our seat in the Illinois House to advance Donald Trump’s war on women by opposing equal pay for women and voting to deny a woman’s right to choose. The revelation that Durkin is also working on behalf of a company that profits off of objectifying women is another sad betrayal. Now more than ever, we need leaders who will stand up for women, not stand with the extreme politicians who would deny women’s most basic rights and the corporations that enrich themselves through exploitation.

ÒI can’t sit back and watch political boss Jim Durkin sell out our families again and again. As a mother of three and a volunteer on our local school board, I’ve worked on behalf of all of our children while Representative Durkin has worked on behalf of insiders and the Trump agenda. As state representative, the only people I’ll be working for are the people of this district.”

Hoffenberg is a mother of three, active community volunteer and attorney, according to her campaign news release. In addition to her role on the school board, she also is a member of the village of LaGrange Board of Fire and Police Commissioners.

She is facing Tom Chlystek, of Darien, in the March 20 Democratic primary, though an objection is pending to his candidacy.

If she wins the primary, Hoffenberg would square off with the Republican nominee in the November general election.

But first, Durkin must win the GOP nomination. He is facing a challenge from within his own party this year.

Burr Ridge Mayor Mickey Straub announced in October he would run in the Republican primary for the 82nd District.

Durkin was first elected to the Illinois House in 1994. He ran unsuccessfully in 2002 for the U.S. Senate but was unsuccessful in his bid to defeat Dick Durbin. In 2006, he was appointed to fill a vacancy in the 82nd House District and has successfully run for re-election.