February 7, 2018/Comments Off on Garcia resigns as Summit village clerk 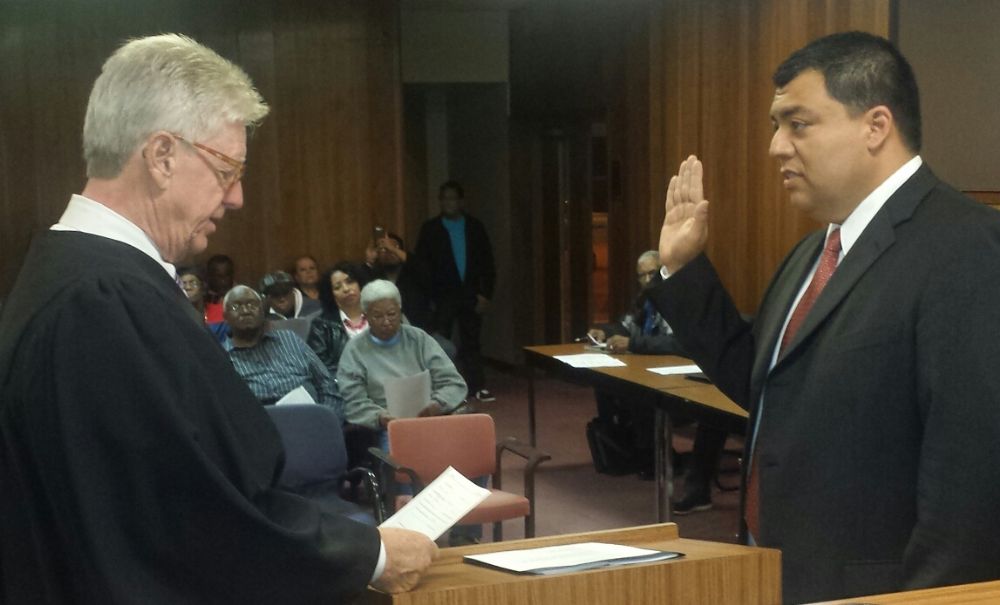 For the third time in just over three years, the Village of Summit will be looking for a new village clerk.

Garcia had presented his resignation to Village Administrator Mike Porfirio and it was accepted by Rodriguez.

Garcia said he left for “personal reasons” and that his decision to resign “came over the past few weeks and discussions with Mayor Rodriguez.”

Rodriguez made the announcement at the village board meeting on Monday, Feb. 5.

Rodriguez said the vacancy will be posted soon and he was hopeful a replacement would be made in the upcoming month. Rodriguez said that until an appointment was made, Porfirio, the deputy clerk and other staff will assume Garcia’s clerk duties and responsibilities.

“I appreciate our team stepping up to help out,” Rodriguez said. “The post of village clerk, though part-time, is very important and it is a demanding one that requires time and commitment.”

Garcia was appointed to the clerk’s position by the Mayor Joe Strzelczyk in November of 2014 when then-Clerk Pat Tichacek resigned.

Garcia was elected to the post in 2015, and re-elected in 2017. He previously served on the Summit School Board 104 from 2013-2017.Tichacek continues to serve as the president of the Summit Park District Board.

“The clerk’s decision to resign was in the best interest of the Village of Summit and also for the clerk and his family,” Porfirio said.

Trustee Sam Dardovski said the clerk has a tough job.”It’s a lot of hours, you know.Sergio (Garcia) is always working late and on the weekends.It’s a tough job.”

Married with children, Garcia also has a full-time job.

Rodriguez said that it would be important to have a replacement who would be able to “interact and oversee the staff more professionally and on a daily basis.”

In other business, the Village of Summit approved a building permit for the new buildout of the Summit Animal Hospital at 6050 S. Harlem in the former American Legion Hall.

The village board also approved a consultant agreement with Charles Echols.Echols, who was recommended by Trustee Marvel Parker, focuses on community development and CDBG projects.