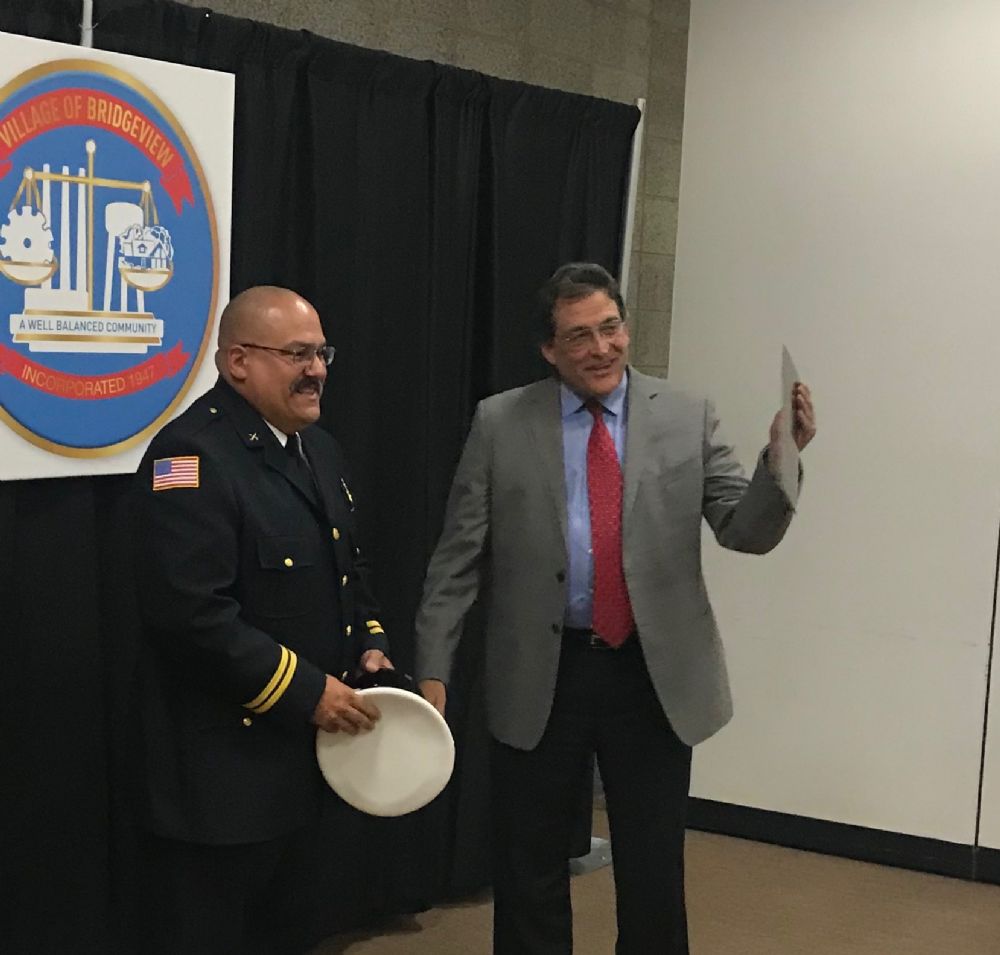 After nearly three decades working for the Bridgeview Fire Department, Ed Linden has a new title.

Linden, 52, was promoted from lieutenant to battalion chief at the July 18 meeting of the Bridgeview Village Board. He is one of three battalion chiefs in the department.

Linden has been with the department for 29 years and was a lieutenant for the past 10.

“It’s nice to be recognized for all the hard work and everything. It’s very rewarding,” Linden said after the meeting.

“I started, the first four years, was paid on call. The past 25 years has been full time,” he said.

As a kid, he grew up wanting to be a firefighter.

“It was the excitement of burning buildings, lights, sirens and helping people. I’ve made several rescues over the years. That’s the whole goal of doing the job, helping and saving people,” he said.

Linden, who has lived in Bridgeview since 1973, is married and has two children.

As battalion chief, he’s in charge of his shift. As do other fire departments, Bridgeview firefighters are on duty 24 hours, and off 48.

“I love my job. Otherwise, it’s not worth getting up in the morning for work. Not me,” Linden said.

Fire Chief Mike Daly added: “it’s a great thing that we are promoting a member of the community and who has been a volunteer, as a paid on-call firefighter, and then a member of the fire department.”