December 12, 2018/Comments Off on Lyons SD103 names PTO president to fill board vacancy 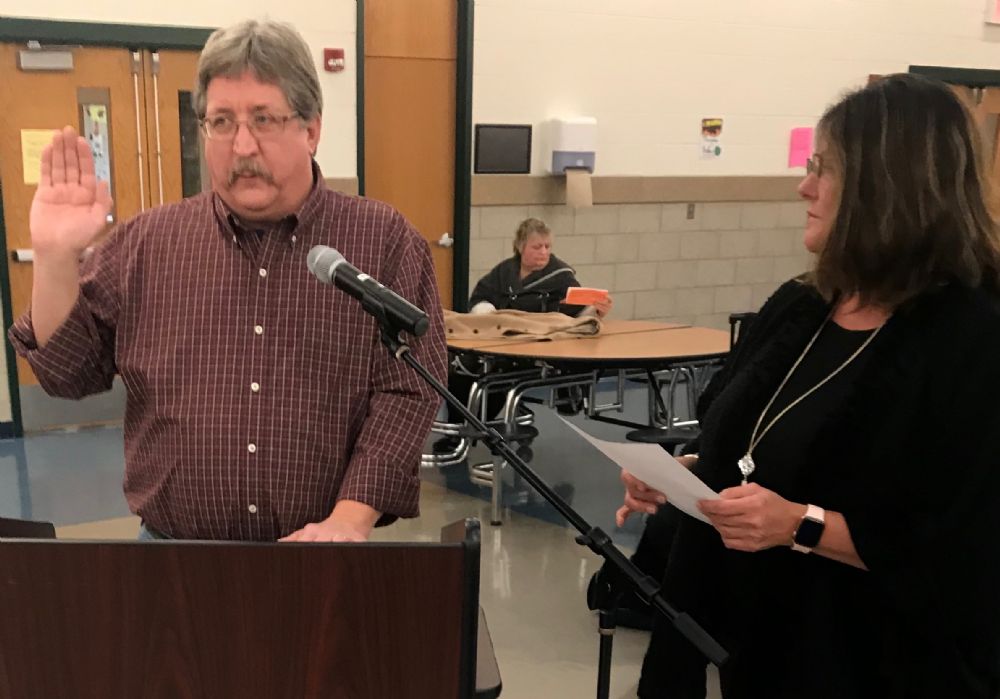 As the newest board member, Tom Weiner said his main focus is making sure Lyons School District 103 continues “moving in the right direction.”

Weiner, 57, on Monday night was selected by the board to serve the remaining months in the term of Coleen Shipbaugh, booted from the school board last month for failing to attend meetings since June.

Weiner, who lives in Lyons, was one of eight candidates seeking the appointment. He was approved by a 4-1 vote.

The board made quick work of the selection process, interviewing each of the eight candidates and making a decision during an executive session that lasted a snappy 1 hour and 11 minutes.

Hubacek said, “What tipped the scales for me is he’s been at almost every board meeting since a year ago in May. In my mind, he had one up on everyone. He knows the issues we’ve been faced with.”

“I believe he will take the position and move forward, hit the ground running. All the candidates were very qualified,” Hubacek said early Tuesday.

Reminded that school boards often have long meetings – for example there are two special meetings scheduled for this week to interview eight superintendent candidates – Weiner said, “This is what I got myself into. I realize there are going to be some long hours. I’m willing to go for it.”

And he plans to stick around.

Earlier Monday, he filed his papers to run for the full four-year term on the board in the April general election.

That meant a lot to Hubacek, who seeks “continuity on the board.”

Hubacek also likes that Weiner is active in education. He’s in his first year as president of the Parent Teacher Organization at Costello School in Lyons, where his son is in the first grade.

Weiner admitted he was a bit surprised when Hubacek announced he had been selected. Other candidates congratulated him.

“We had eight good candidates – a diverse group – and I hope they decide to stay involved with the school district, and there’s another election in two years,” Hubacek said.

Six of the eight candidates have children or relatives now enrolled in district schools.

Weyrick is the assessor of the Township of Lyons, and Ruting has served in elected office, notably the Lyons Village Board. Each said they applied for the job to give the board a choice in case no one else had applied.

Each candidate was asked about their background, why they wanted to serve on the board, if they would run for a four-year term, and what the board’s goals should be.

“I just want to keep the district going forward,” Weiner said late Monday. “And I want to do my part. I want to sure the students excel to the best of their abilities.”

Weiner, who moved to Lyons from Cicero several years ago, said he is “glad, happy and nervous.” He works as an inventory control manager for GF Machining Solutions at its distribution center in Woodridge.

Hubacek’s wish list is for someone “with experience at least as a central office administrator, who has maybe been a superintendent, and who has worked in a K-8 district.”

“I think the person has to have an understanding of our demographics and the economic issues we face. Most of all, I’m looking for someone who really, really wants to be here. The more experience, the better,” Hubacek said.

She said the eight candidates will be narrowed down to two or three finalists who will likely be brought back for a second round of interviews and site visits.

During public comments, a woman asked about posting the new teachers union contract online. Patt said it should be posted soon.

The board’s next regular meeting will be on Dec. 17.