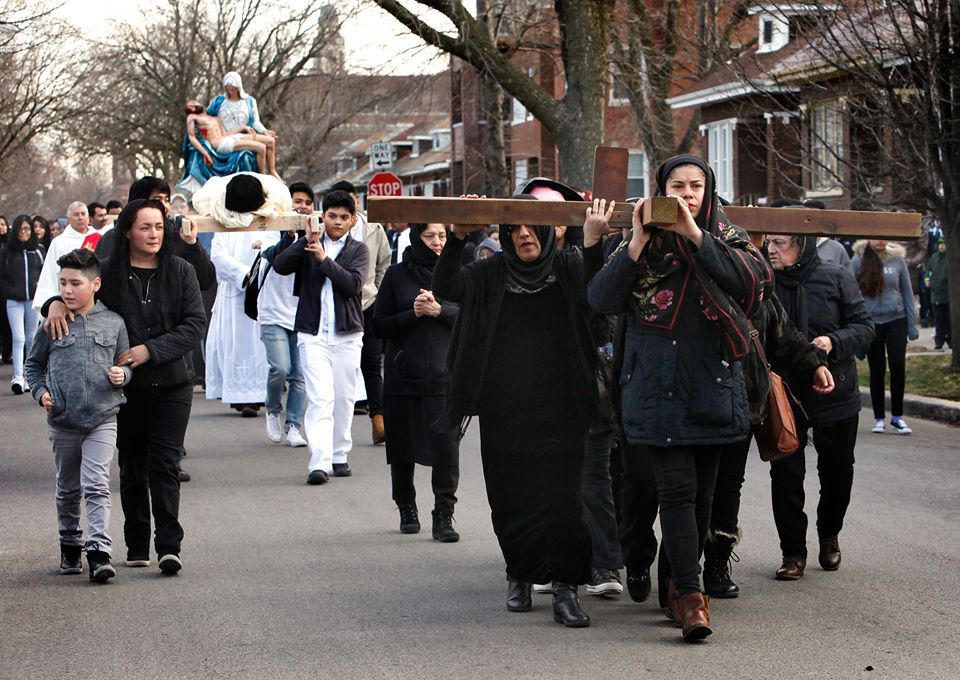 Over the last 300 years or so, houses of worship in the Chicago area have offered hope to the masses, in even the worst of times. They managed to keep their doors open through wars and in the wakes of all kinds of weather-related natural disasters.

But a microscopic virus changed all that.
Churches, mosques and other houses of worship across the area basically shut down earlier this weekÑsome almost entirely, a few mostlyÑin an effort to help save lives and blunt the local impact of the global COVID-19 pandemic.
The first big shutdown was announced at 10:40 a.m. Friday, March 13 by Cardinal Blase Cupich, Catholic Archbishop of Chicago, who said he was suspending all Masses and related liturgical services indefinitely.
In addition, he ordered the shutdown of the Archdiocesan Pastoral Center and related agency offices until further notice. Earlier, Cupich had ordered the shutdown of all schools operated by the ArchdioceseÑbefore Governor JB Pritzker ordered all K-12 schools closed statewide.
“This was not a decision I made lightly,” Cupich said. “The Eucharist is the source and summit of our life as Catholics. And our schools and agencies provide essential services to many thousands across Cook and Lake Counties. But, in consultation with leaders from across the archdiocese, for the sake of the safety of our students, parishioners, and all the women and men who serve the people of the archdiocese, it is clear that we must take the better part of caution in order to slow the spread of this pandemic.”
While the Cardinal forbade public Masses, he said that Archdiocesan churches “should remain open for private prayer during a timeframe best determined by each pastor. To achieve this, the archdiocese has asked pastors to coordinate limited staff presence in parishes to answer calls and perform routine maintenance with a heightened focus on disinfecting all areas of common use.”
The Cardinal’s staff began live-streaming Masses on the Archdiocese’s YouTube channelÑin English, Spanish and Polish.
A number of Catholic parishes followed suit on their own social media pages, such as Sacred Heart in Palos Hills, St. Julie Billiart in Tinley Park and Our Lady of the Snows in Chicago’s Vittum Park neighborhood.
“We encourage priests to celebrate Mass privately for the good of the People of God, the church and the intentions of the day,” the Cardinal added.
“In this time of legitimate concern for the safety of ourselves, our loved ones and those at the margins of society, we must hold fast to the knowledge that the impulses that come from God bring courage, consolation, generosity and solidarity,” Cupich continued. “Instead of allowing this moment to trap us in fear, we must find unity in advancing all that is good in our common humanity. This means staying spiritually and emotionally close to one another, in our families, our friendships and our communities. It means helping where possible and safe. It means checking on the vulnerable. It means being responsible about hygiene. This is a time to be gentle with one another. For Christians, it is a time to reflect on how Jesus made those struggling with illness a priority. It is also a time to be surprised by the blessings that come from being part of the same family Ñthe human family.”

A survey of other houses of worship last Monday found almost none answering their telephones. But from their websites and social media pages, messages were consistent.

¥ In Bridgeview, the Mosque Foundation noted it had suspended “all activities at the Masjid, MFEC, MFCC, Al-Siddiq Sunday School, and Harlem Center. This includes classes, halaqas, Quran programs, men’s programs, women’s programs, youth programs, weekend school, after-school programs, fitness classes, General Assembly Meeting, Jumu’ah Prayer, etc, until further notice.”
¥ In Orland Park, the Islamic Prayer Center cancelled “all adult, youth, and children’s programs and classes until the risk of contagion has been alleviated, effective immediately. The five daily prayers will continue as scheduled, and the Friday Jumuah prayers will be at 12:45 and 2:15 p.m. with a duration of 15 minutes.”
¥ At Palos Heights Christian Reformed Church, all in-person meetings and ministries were cancelled for the week. A decision about gathered worship for Sunday, March 22 was to be made later this week. The church live-streams its services via its website.
¥ Palos United Methodist Church cancelled its worship services last weekend, as well as this. Additionally, the church’s men’s breakfast was cancelled.
¥ Palos Community Church’s website appeared to indicate that services are not cancelledÑbut that traditions such as handshaking are proscribed. The church also temporarily suspended the food and drink offerings at fellowship time between services. Communion is still planned for Maundy Thursday (April 9).
¥ In Justice, the Roberts Road Bible Church cancelled all activities except its Sunday morning worship service. It was unclear if the church will host a worship service this Sunday.
¥ Christ Lutheran Church in Orland Park cancelled all activitiesÑincluding its Easter breakfast, but plans to live-stream its Thursday and Sunday services during Lent.