Skip to content
August 28, 2020/Comments Off on Lopez leads pushback against Lightfoot 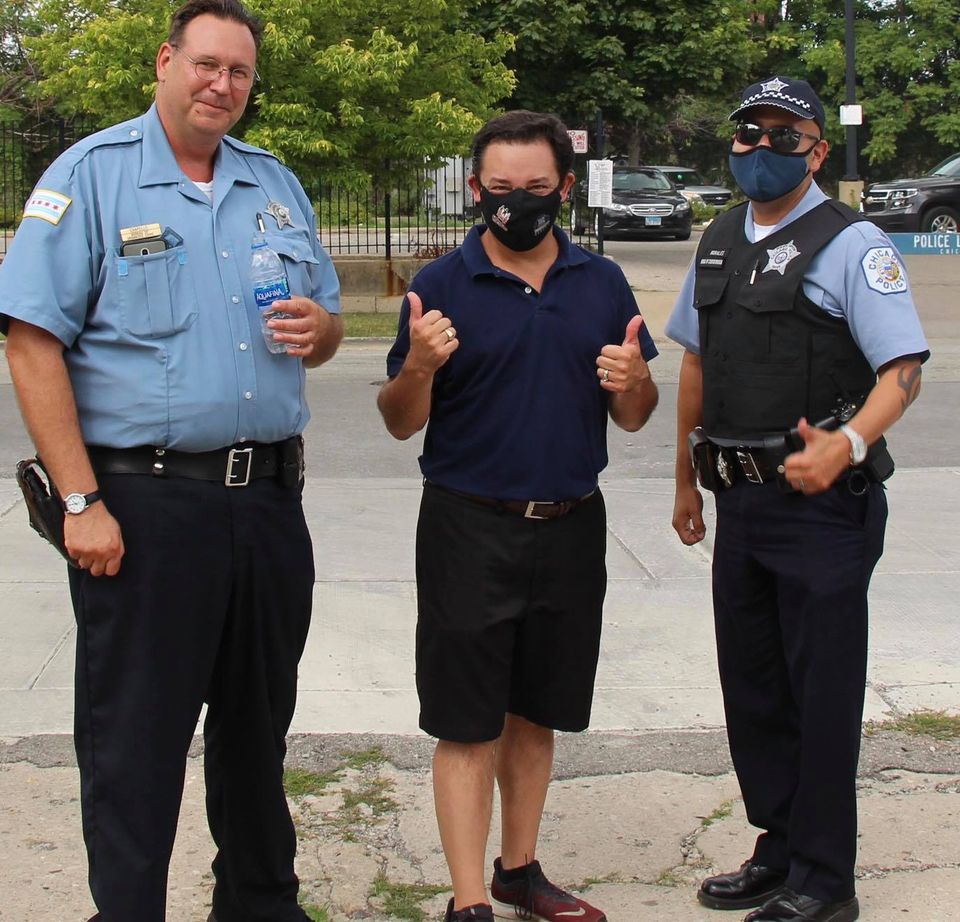 August 28, 2020
Fifteenth Ward Ald. Raymond Lopez hailed his City Council colleagues late last week for taking what he called “a historic first step in pushing back on those who are creating havoc on our streets. “
Lopez led several aldermanic allies in taking the unusual step of calling for a special City Council meeting to address issues of law and order surrounding recent protests and rioting in the Loop and elsewhere in the city.
The step was unusual because City Council meetings are typically called by the mayor, even though state law and the Council’s own rules allow aldermen to assert themselves.
At last Friday’s meeting, held over the internet, aldermen listened to the concerns of a range of interests: the general public, business owners, clergy, law enforcement, Cook County State’s Attorney Kim Foxx and other aldermen.
“There is a common thread that arose from those conversations: the chaos must stop,” Lopez said. “Everyone must work and stand together for Chicago to move forward. We learned today that many aldermen have the will and the resolve to take this issue on. Our economic future as a city depends on the City Council’s swift deliberations and meaningful actions.
“We took ownership of the problems,” Lopez continued. “I assure you we will do better. That only comes when we work together. City Council is coming out of the mayor’s shadow. We will listen and learn in order to find solutions and act clearly and decisively. We will not stop until we have peace on the streets with businesses, residents and visitors feeling safe.”
The Lopez-led effort for the Council to assert itself was seen by some as a political thumb in the eye of the mayor.Ê
In response, her allies struck back by essentially killing the meeting’s central action: a resolution calling on Governor JB Pritzker to declare a four-month state of emergency that would bring Illinois National Guard units to the city to assist Chicago Police.
Discussion of the resolution was referred to the Council’s Public Safety Committee, a move tantamount to killing it.
Mayoral allies voting to refer the resolution to committee included Southwest Side Aldermen George Cardenas (12th), Shirley Coleman (16th) David Moore (17th) and Derrick Curtis (18th).
Southwest Side aldermen voting to discuss the resolution and keep it alive on the Council floor were Lopez, Marty Quinn (13th), Edward M. Burke (14th), Michael Rodriguez (22nd) and Silvana Tabares (23rd).
Reaction of voters was mixed outside the Jewel-Osco in McKinley Park last Saturday.
“It’s clear to me that the mayor has lost control of the city,” said Don Schulz. “The rioting, the looting, the failure of her to get on top of this because she’s afraid to whisper a critical word about Black Lives Matter. I don’t blame {Alderman Lopez] one bit for what he did. Hey, somebody’s gotta lead, right?”
James Woodridge saw it differently.
“Lopez is a showboat, a publicity hound,” he said. “From Day One, he’s tried to make the mayor look bad. I don’t know if he’s doing that because he’s Burke’s boy or if he plans to run for mayor or what. But I see through what he’s doing.”
Yoli Campos said she doesn’t “know much about Lopez, but it is unusualÑin a good wayÑto see the aldermen standing up and doing something. So many of them just look like they’re sitting back and collecting paychecks. A lot of them are do-nothings. At least Lopez is trying to get something done. We can’t have any more of this looting.”
(Editor’s Note: More news coverage and photos in the print edition of the Greater Southwest News-Herald, available on local newsstands. Or better yet, call 708-496-0265 during weekday business hours and order convenient home delivery for about 50 cents a week.)