Skip to content
February 5, 2021/Comments Off on Hope for CPS reopening 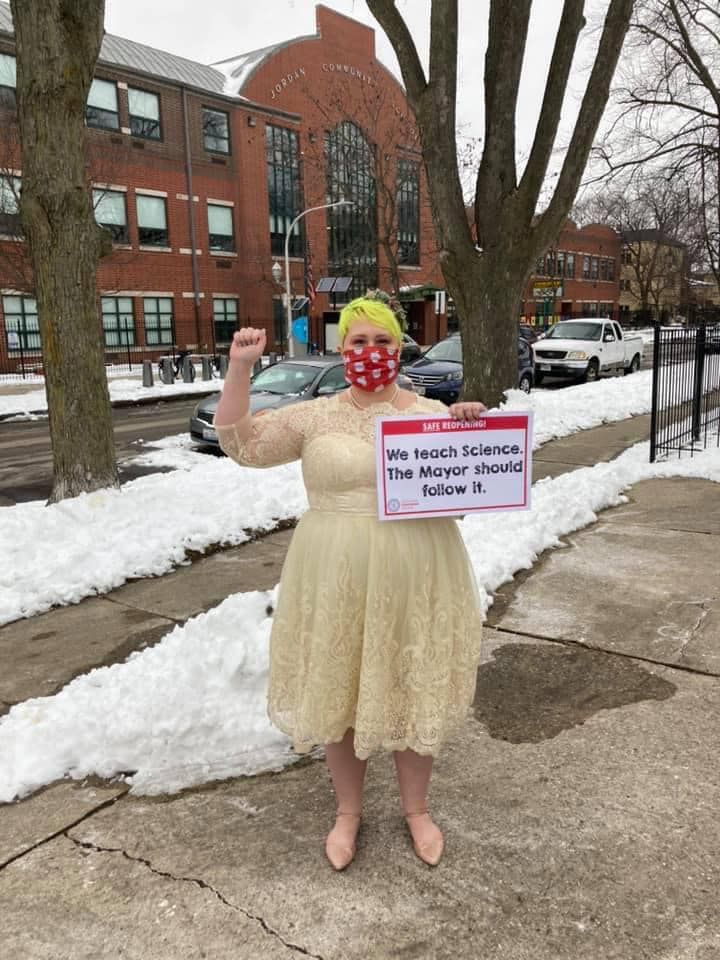 In the ongoing eyeball-to-eyeball confrontation between Mayor Lori Lightfoot and the Chicago Teachers Union, the mayor blinked earlier this week.

A threatened showdown with the CTU over the re-opening of public elementary schools that could have exploded on Monday never occurred. Instead, the mayor backed off and declared a cool-off through Wednesday.
At the same time, officials from both the CTU and the Chicago Public Schools appeared to pause the heated, tit-for-tat spat they had engaged in up until Monday. Both sides noted with a bit of optimism that progress had been made at the bargaining table.
“We have reached another important milestone today in our efforts to provide in-person learning for our students in the Chicago Public Schools system,” the mayor and CPS CEO Dr. Janice Jackson said in a joint statement. “We have secured agreement on one other open issue and made substantial progress on a framework that we hope will address the remaining issuesÉAs a result of the progress we have made, and as a gesture of good faith, for now, teachers will retain access to their Google Suite. Students will remain virtual Tuesday and Wednesday and we will update the CPS school community as there are further developments.”
CPS’ lockout of non-compliant teachers from their Google Suite had been a sore point for the union, in that it prevented faculty members from teaching remotely.
CPS serves about 341,000 students in more than 600 schools. It is the nation’s third-largest school district. The district’s plan was to have all grade schools re-opened on Monday and have students return to in-person learning (if their parents so choose).
There is still no word on when public high schools will reopen.
Hours before the temporary cool-off, CTU officials took to social media to say, “The mayor and the CPS CEO refer to ‘CTU leadership’ often, but CTU leadership is the 28,000 rank-and-file teachers, PSRPs, clinicians, librarians, nurses, counselors and other educators. These are the people who run our union. We look to them for direction. That won’t change.
“Like our officers, staff, members, students and families they serve, and our city at large, the mayor does want to reach an agreement. And she is willing to allow the process the time that is required to come to an agreement.
“What our members are asking for is right in line with what school districts are doing across the country. Our union has also successfully been able to reach agreements with our unionized charter schools. We want the same for our educators and students in Chicago Public Schools.”
Before the temporary truce, Lightfoot was similarly blistering in her criticisms of CTU leaders, essentially calling them liars in a late Sunday afternoon press conference and accusing them of knowingly harming students she said were falling behind every day.

Public has had enough

Outside the CVS store at 63rd and Pulaski on Monday, there was still disagreement between union supporters and those who side with CPS and the mayor. But they agreed on one thing: that they are sick of the drama.

“I’ve had enough,” said Angel Torres. “At this point, I don’t care who’s right or wrong, who wins or loses. I just want this war to end.”
Katarzyna Cwik said she doesn’t understand “how these [public school] teachers keep getting away with disobeying the mayor. If I disobey my boss, I get fired. They should appreciate what they have and go back to work.”
The on-again, off-again nature of the situation “is more than a lot of parents can stand,” said Ceci Mulholland. “I have obligations to my job, and I can’t count on getting babysitters for my kids on a moment’s notice while these union bureaucrats and government bureaucrats bicker about this or that. We need to move forward.”
Paul Calabrese said he still supports teachers “100 percent” in their demands for safe schools.
“No teacher should go back to their classrooms until they have been vaccinated against COVID-19,” he said. “I think the problem is not so much the teachers or the mayor. It’s the trickle of vaccine coming to the city. That needs to speed up, right away. It’s not acceptable that it’s so slow. But yeah, I’ve had enough of this situation, tooÑjust maybe for different reasons.”