May 19, 2021/Comments Off on Lyons Mayor Christopher Getty sworn in for fourth term 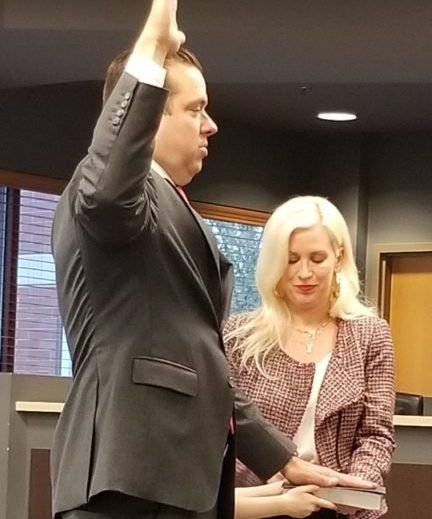 Lyons Village President Christopher Getty was given the oath of office as mayor for the fourth time Tuesday evening, May 18. Three members of the village board and the village clerk were also sworn in after a landslide re-election victory in April.

“I want to congratulate, honor and thank the members of the board who were just sworn into office. They all did a great job,” said Getty, who was accompanied at the podium by his wife Kristen and daughter Isabella.

“I also want to thank all of our residents, all of our volunteers, all of our employees, everyone wo works hard and tries to make Lyons a better community for all of its residents. It is something that we all work at on a daily basis oftentimes unseen by the public. We strive every day to make Lyons better.”

A lifelong resident of Lyons, having grown up on Maple Avenue, Getty attended George Washington School in Lyons and Morton West High School in Berwyn. He went to Eastern Illinois University in Charleston where he graduated with a degree in corporate communications.

Getty is a licensed insurance producer and the president of Getty Insurance Agency, a family-owned and operated business located on Ogden Avenue in Lyons that his father, Ken, a former mayor himself, launched in 1972.

Getty and the board also took time to honor former Trustee Miodrag “Mike” Kotur, who served from 2019 through 2021.

“Mike was a longtime resident of the Village of Lyons who was always willing to serve and lend a hand to improve the community. He volunteered on the Village Zoning Board of Appeals,” Getty said.

Kotur was presented with the Outstanding Dedication in Service Award during the board meeting. 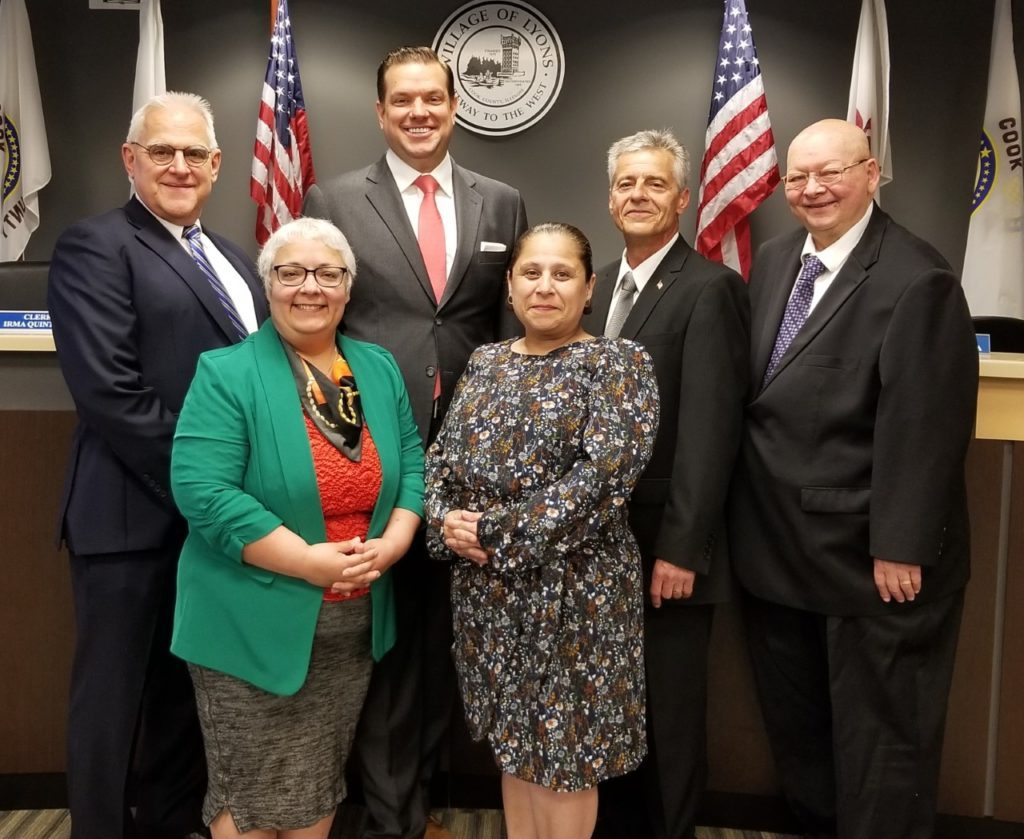