May 26, 2021/Comments Off on Prep Football: Nazareth rolls to 5th straight victory 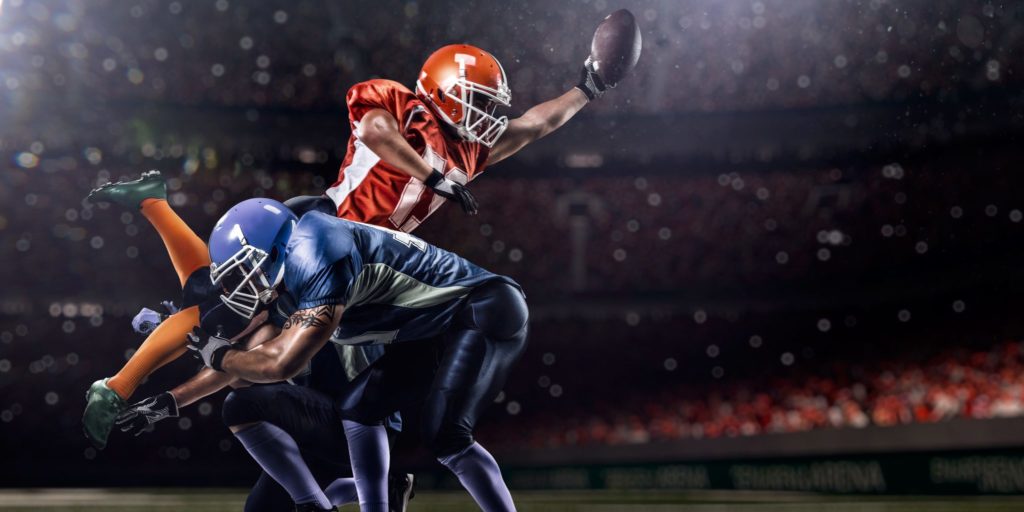 For Nazareth, the entire 2018 season thus far has been the J.J. McCarthy show.

The sophomore quarterback, already a prized Division I recruit, has dazzled week in and week out.

Things were no different in Week 5 as McCarthy threw for 416 yards and five touchdowns, despite sitting out the entire fourth quarter, and the Roadrunners routed Benet 45-7 in an East Suburban Catholic game on Sept. 21.

“When our passing game is going the way it has been, we’re going to keep going with that,” Nazareth coach Tim Racki said. “Even if I’d like to run it more.”

McCarthy threw four touchdowns in the first half for the Roadrunners (5-0, 3-0), including three to Michael Love. The highlight was a 75-yard strike from McCarthy to Love.

The pair also hooked up for a third-quarter score.

Love finished with six catches for 195 yards and four touchdowns. McCarthy, who completed 17 of 25 passes, also ran for a touchdown.

“J.J. is playing unbelievably,” Racki said. “He’s a special player, and he’s a great kid off the field. I couldn’t be happier for him. He continues to get week after week and he’s gained confidence. I sometimes forget that he’s only a sophomore.”

Diamond Evans had 120 yards receiving for the Roadrunners and made an interception that thwarted a Benet drive deep in Nazareth territory in the second quarter.

It’s the latest in a line of dominating performances by Nazareth, which has outscored its opponents 179-36.

Robbie Hansen threw for two touchdowns, and completed 5 of 8 passes for 149 yards. Steven Reed threw a 65-yard touchdown pass to Warfield, and Reide Modiest ran for 79 yards and a touchdown.

Cardona had five catches for 109 yards, including a 31-yard touchdown pass from Cardell Barnes, and also ran for a 23-yard score.

Cardona and Barnes each threw for two touchdowns, while John Weaver ran for 119 yards for the Rams, who host T.F. South (5-0) on Friday.

The Argonauts (2-3, 0-2) fell despite a huge game on the ground from quarterback Alex Harris. Harris ran 26 times for 247 yards and four touchdowns.

His 65-yard touchdown run gave Argo a 28-26 lead with 9:54 left, setting the stage for Cardona and Seymore’s heroics.

Arturo Marquez added 64 rushing yards for the Argonauts, who did not complete a pass but ran for 403 yards. Marquez also had six tackles and an interception.

Riverside-Brookfield (1-4, 0-3) was held to seven points or less for the fourth consecutive game, dropping the Metro Suburban Blue game in overtime.

The Bulldogs play at Ridgewood (4-1) on Friday.