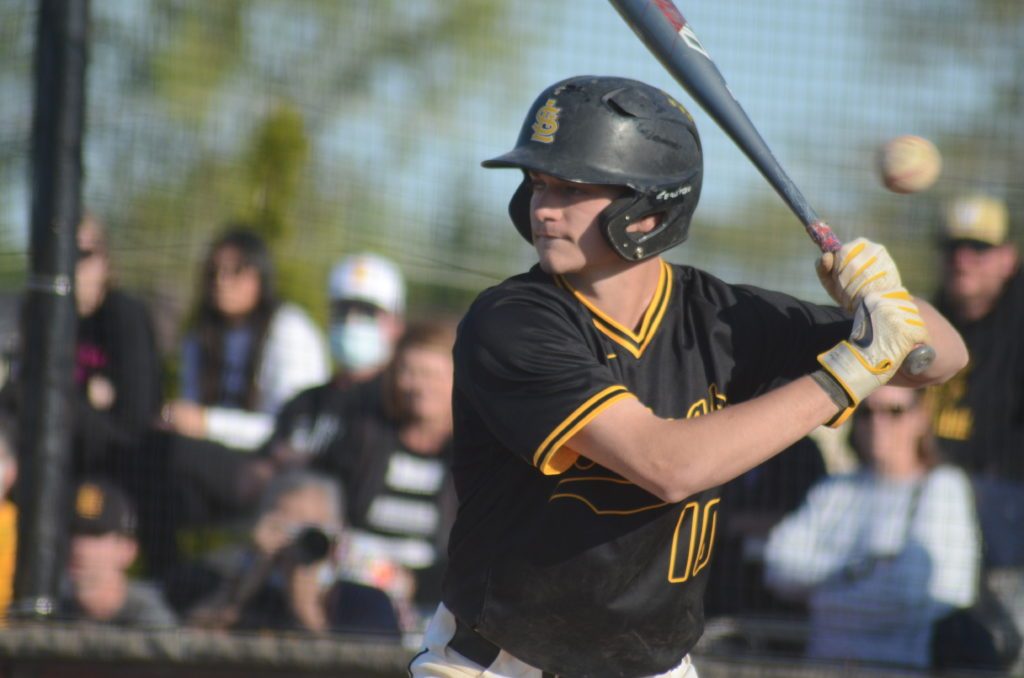 St. Laurence’s Kevin McCormick and his teammates picked up a top seed in a Class 3A baseball sectional. They finished second in the state in 2019. Photo by Jeff Vorva

Boys volleyball and boys and girls lacrosse teams across the state celebrated in mid-May when the IHSA opened up the postseason to those sports, including state tournaments.

All spring sports were lost in 2020 because of coronavirus concerns, and the IHSA wanted to make sure that as many spring sports as possible would have state tournaments this year.

The IHSA waited until mid-May to make sure everything was safe for volleyball and lacrosse, and those teams rejoiced after the anxious wait. Although it is impossible to say who was the happiest, it’s safe to assume that 2019 boys volleyball champion Marist is in the team picture.

“Yes, we were certainly excited to receive the official go-ahead on the state tournament,” RedHawks coach Jordan Vidovic said. “You could definitely see the energy level go up the next few days of practice and matches now knowing what is in front of you.

“We are able to now have a more set routine that we have become used to in the past knowing our timeline.”

With lacrosse and volleyball back, combined with a plethora of other sports being crammed in a small window, June is not only going to be a monster for postseason drama, it’s going to be King Kong bursting on the scene with Frankenstein on his back.

There will be 21 teams crowned champions between June 10 and 19. There will be thousands of athletes vying for individual championships as well.

Here are some things to look for among Southwest Regional Publishing-area teams during this wild ride. 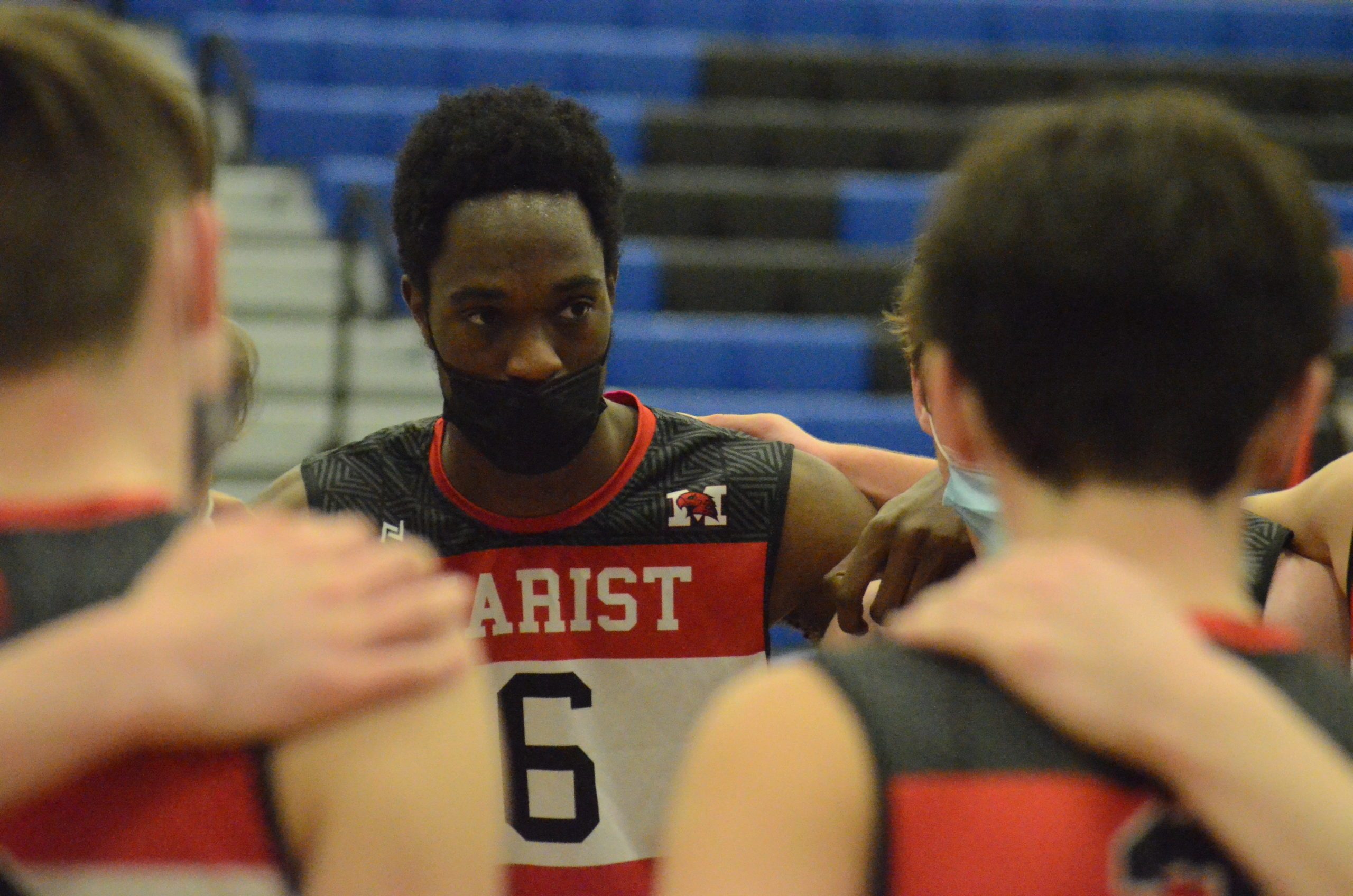 Nyherowo Omene and his Marist teammates will get to defend their boys volleyball state championship in the coming weeks. Photo by Jeff Vorva

The boys volleyball team is defending its 2019 crown and earned the top seed in its own sectional.

Some sports will not have sectional hosts, instead all games will be played at the higher-seeded school throughout regional and sectional play. So those sectionals are labelled numerically.

Marist will host a supersectional in softball and picked up the top seed in Class 4A, Sectional 6. The RedHawks finished fourth in the state in 2019.

The baseball team is seeded second in the Class 4A Sectional 7 behind Lincoln-Way East. 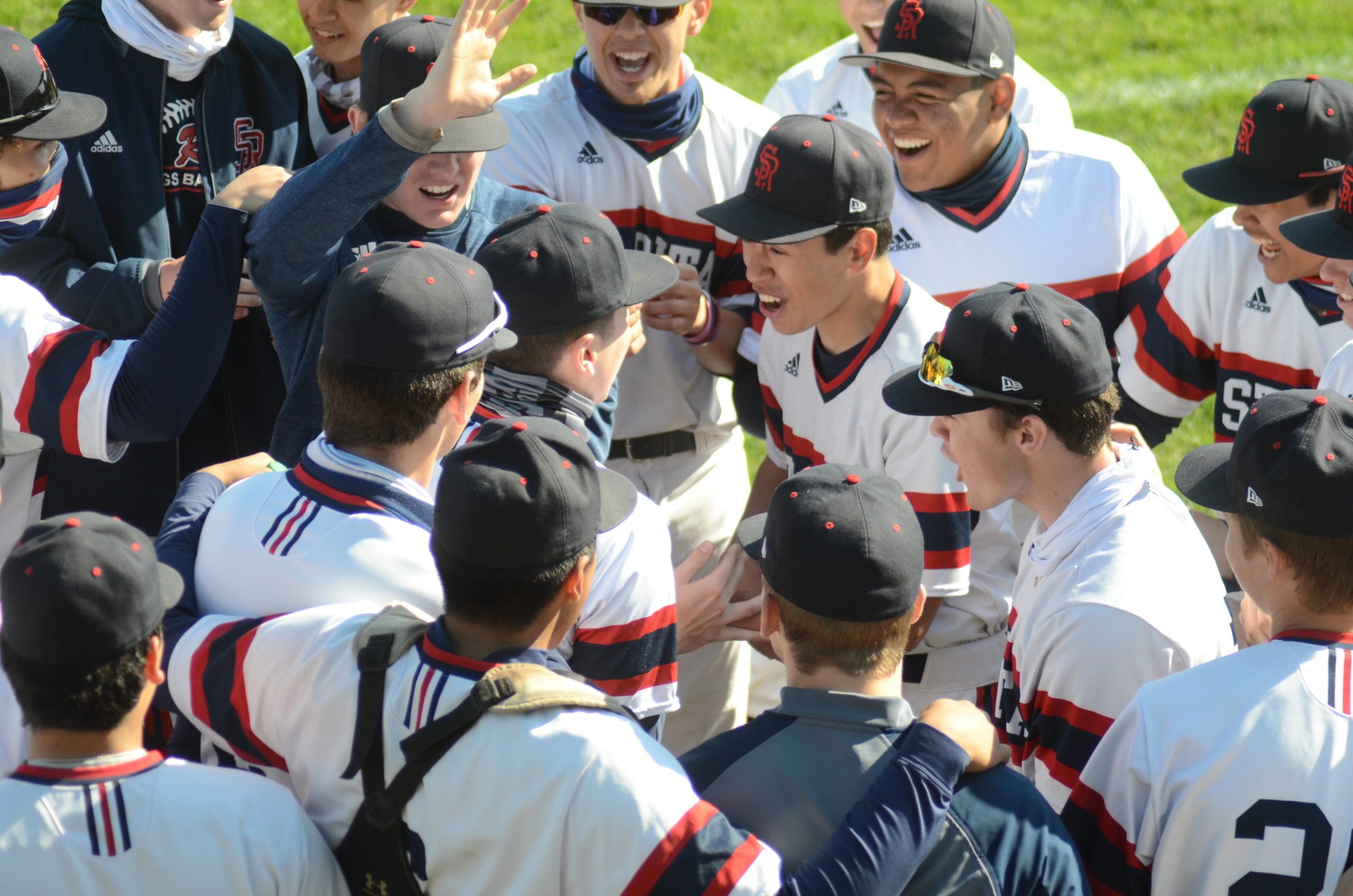 The next few weeks will be full of drama and excitement for teams such as St. Rita’s baseball squad as the IHSA postseason will be crazy until June 19. The Mustangs finished third in the state in Class 4A in 2019. Photo by Jeff Vorva

What about the Blue?
Area Catholic League Blue baseball teams have some big-time seeds. Brother Rice is the top seed in the Class 4A Sectional 5, with St. Rita fourth and Mount Carmel fifth.

St. Laurence drew the top seed in Class 3A Sectional 4. The Vikings finished second in the state in Class 3A in 2019.

Good Knights
Chicago Christian’s baseball team, which has wins over larger schools including Andrew, St. Rita Sandburg and Richards, drew the second seed in the Class 2A Sectional 3, Sub-Sectional A, behind Manteno.

The softball team drew the third seed in Sectional 2 behind Beecher and Joliet Catholic.

The Fast Track
Some area track and field standouts could make an impact at state.

According to the June 26 results at Athletic.net, Class 3A girls track Lyons’ Kate Dickman had the fifth-best time in the state in the 800 meter run with a time of 2 minutes, 14.01 seconds

Stagg’s Shannon Lawler was seventh in the 100 hurdles with a 15:20. Lyons’ Kira Krzemkowski was eighth in the high jump with 5 feet, 5.25 inches.

But thanks to a computer glitch, the IHSA originally had a school called Horizon/Southwest Chicago as the No. 1 seed.

Those who are unfamiliar with Horizon should not feel bad. That school did not field a team.

The mistake was corrected on the postseason schedule on the IHSA website but still had Horizon as No. 1 in the seeding section as of Friday.

Cavalcade of Championships
When and where state champions will be crowned in the next few weeks:

June 10
Class 1A Girls Track and Field in Charleston

June 11
Class 2A Girls Track and Field in Charleston

June 12
Class 1A and 2A Tennis in Arlington Heights

June 16
Class 1A and 2A Softball in Peoria

June 17
Class 3A and 4A Softball in Peoria

Class 1A Baseball in Normal

Class 3A Baseball in Schaumburg

Class 1A Boys Track and Field in Charleston

June 18
Class 2A Baseball in Normal

Class 2A Track and Field in Charleston

June 19
Class 4A Baseball in Joliet

Class 3A Track and field in Charleston