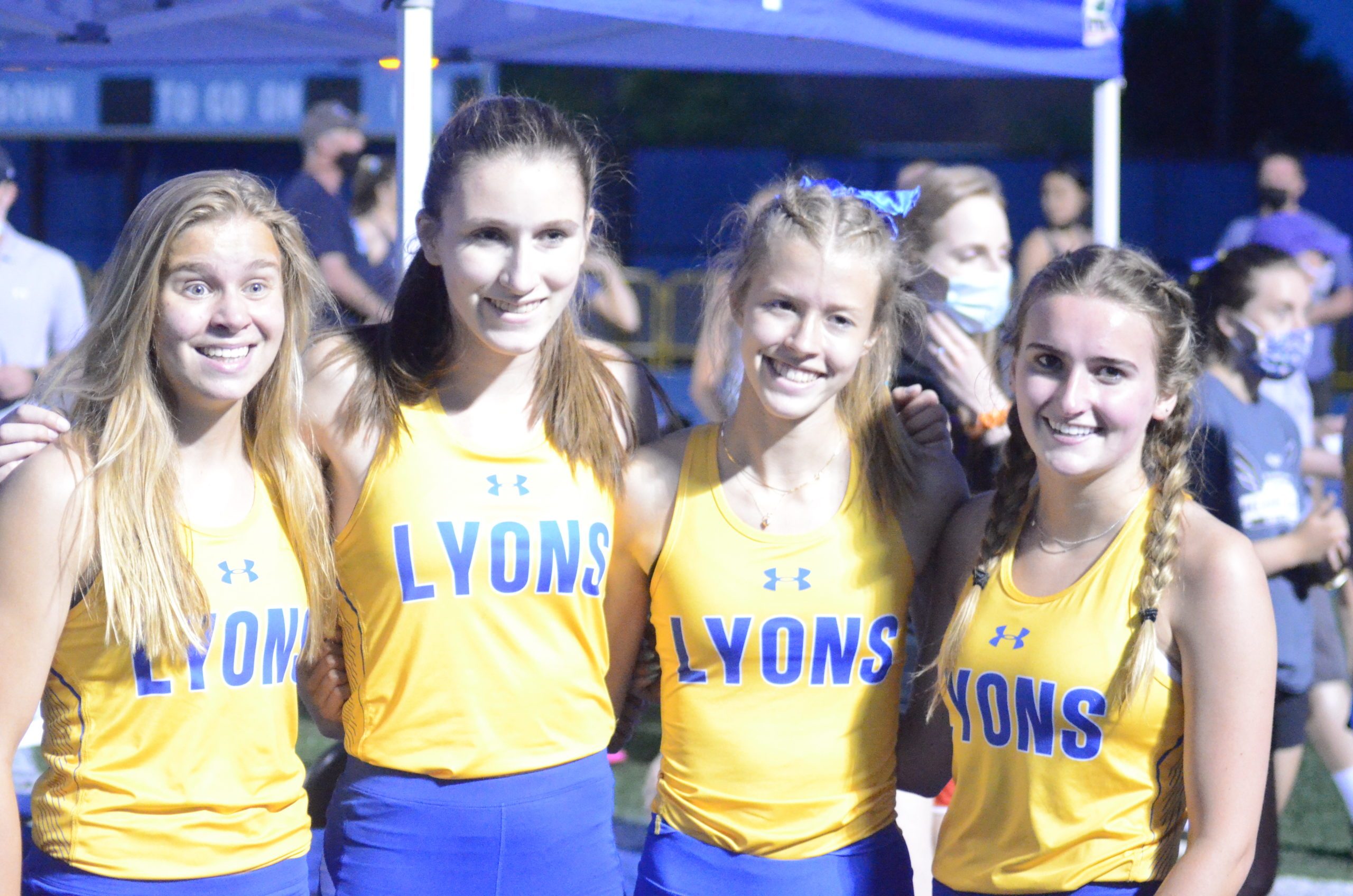 In her final official run on the Lyons track, Katie Dickman went out a winner.

Anchoring the 1600-meter relay team that also consisted of Rebecca Phillips, Lillie George and Cate Judy, Dickman closed out the Class 3A Lyons Sectional on June 3 with a first-place finish in 4:01.31 seconds.

The Lions team is one of several girls track sectional champions to come out of the Southwest Regional coverage area. Ten individuals and three relay teams from the area won titles.

“I love this track,” the Illinois recruit said. “I train on it every day. It was super fun to run those times here. I had so many fans, cousins and neighbors here to watch. It was fun.”

Heading into the IHSA state meet in Charleston on June 12, Welin’s sectional time was tops in the state in 3A, according to Athletic.net. Normal freshman Ali Ince was second with a 4:46.01 and Dickman was third in what could be a classic race at state.

Dickman was not disappointed in losing to Welin in the sectional.

“Honestly, my time was a big surprise for me – I never ran anywhere near that fast before,” she said. “I know Josephine is such an amazing racer and I tried to be with her the whole time. Coming across the line was a really great feeling.”

“I looked at clock and was not sure it was right. Josephine is fast enough to run that time, but I was like, ‘Me, too?’’’

Lyons’ 1600 relay team was ranked fifth in the state, less than three seconds behind the leading foursome from Naperville North.

A look at other area sectional champs: 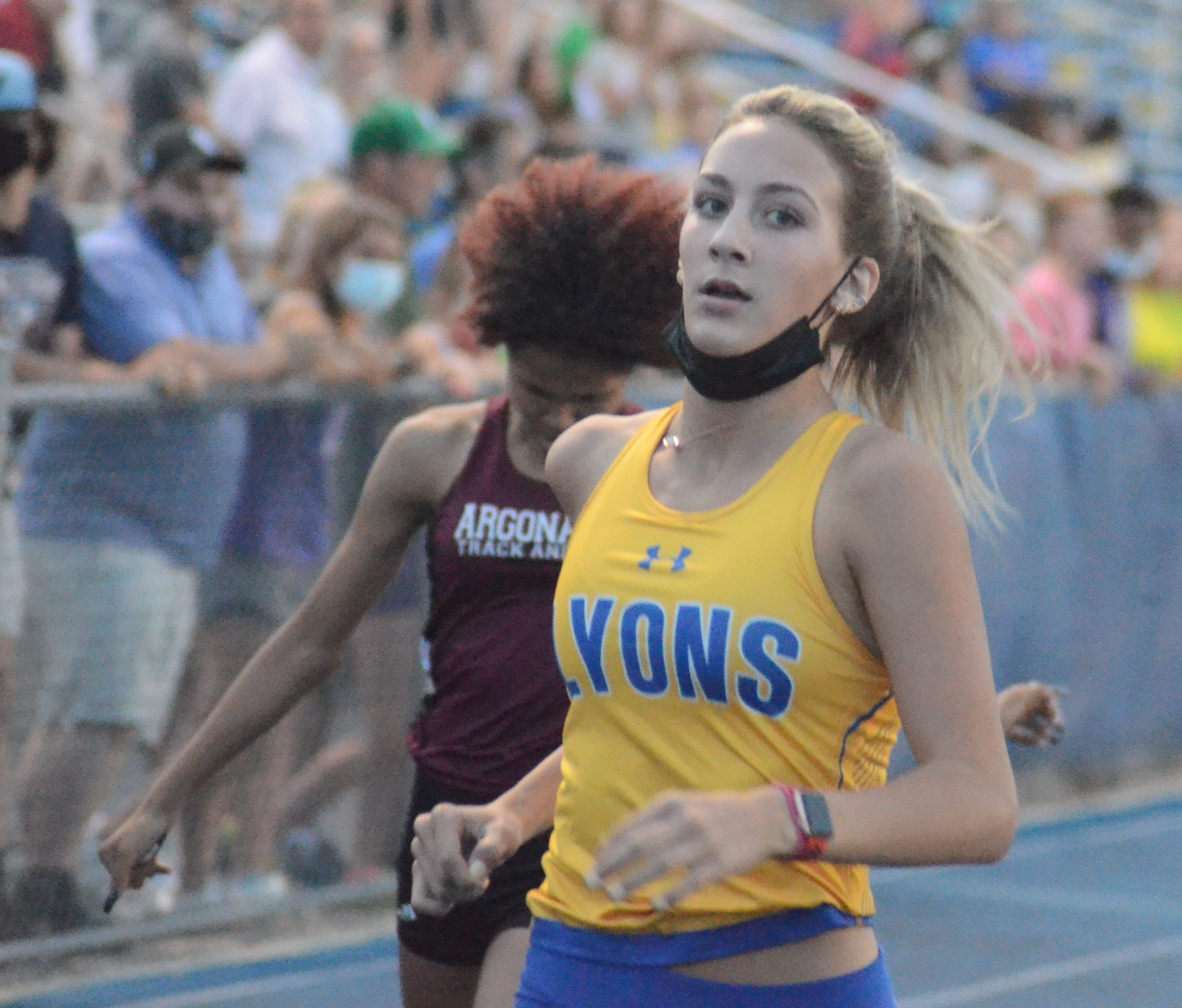 Class 3A
Marist senior Ashlin Palzkill won the 300 hurdles at the Whitney Young Sectional with a personal-best :47.5, a fraction ahead of Young’s River Curry’s :47.29.

Shepard’s Kayden Porter earned a title at the Lockport Sectional with a throw of 35-10.75 in the shot put and Sandburg’s Tosin King won in the discus with a 110-10.75.

At the South Shore Sectional, the Evergreen Park 1600 relay team of Kristen Smith, Gabriela Flores, Leah Thomas and Carmela Woods won with a 4:22.58.

Evergreen Park’s Akirah Fort won the high jump with a 4-11.5.

Class 1A
Chicago Christian’s Amani Gladney won the shot put at the Hope Academy Sectional with a throw of 31-0.75. 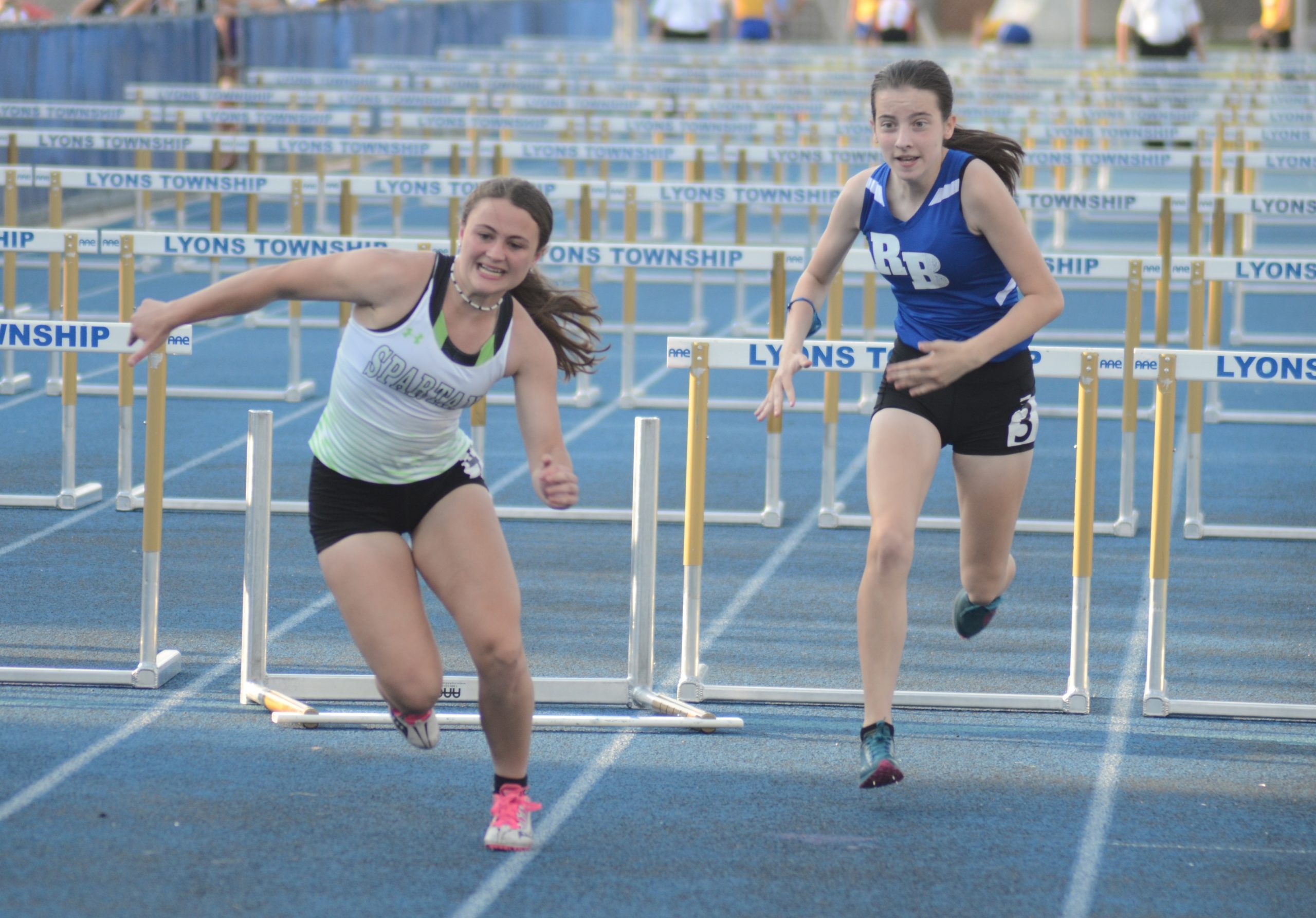 Oak Lawn’s Madison Ryan (left) catches her balance and avoids contact with Riverside-Brookfield’s Ava Connerty in the second heat of the 100 meter hurdles Thursday at the Lyons Sectional. Photo by Jeff Vorva