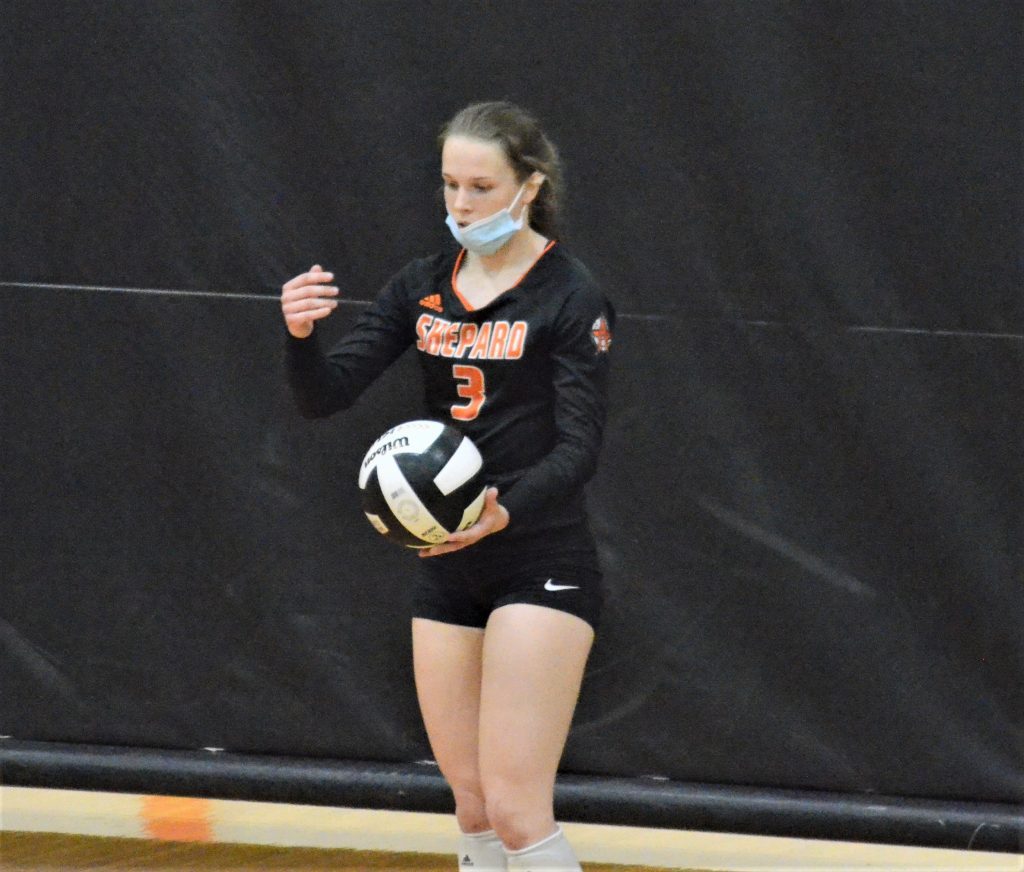 Leah Bylut of Shepard gets ready to serve in a match against Richards earlier this year. She left the school as the all-time leader in aces and digs. Photo by Jeff Vorva

Tons could be written about what Leah Bylut did during her volleyball career at Shepard.

She left the program with the most aces (198) and digs (1,201), and was the second player in program history to be four-time all-conference honoree, as she made the all-South Suburban Conference Red team each year of her career.

While her on-court accomplishments carry a little bit of weight, it is what she does off the court that makes the members of the Palos Lions Club roar.

Bylut, who is heading to Ferris State, was one of three recipients of the Lions Club’s Scholarship in 2021. Lions Club representative and past President Jim Lewis said he has been giving out these awards for 14 years. 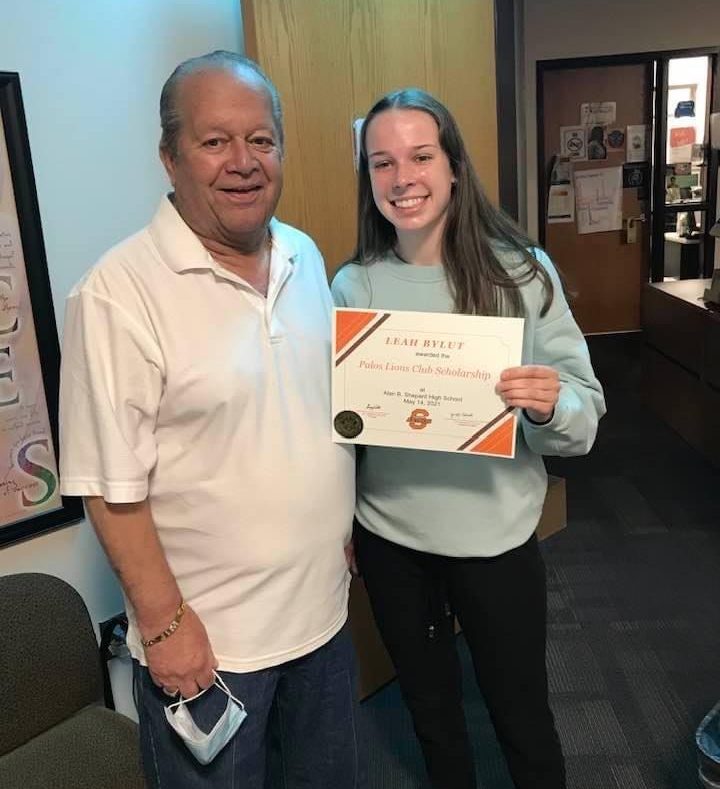 Bylut’s GPA was a 4.79, and she found enough time between schoolwork and sports to serve as a volunteer. She packed food to be sent all over the world as a part of the Feed My Starving Children effort, and she cleaned up and stocked shelves at the Bridge Teen Center in Orland Park.

“It feels good to give back to the community, and it always feels good after I put in some hours because I know I’m helping out people,” Bylut said.

Her high school career came to an end in an abbreviated spring season with no postseason because of the pandemic. But her club season ended with a bang as the Aurora-based Sports Performance 18 Kahl team finished third in the Premier Division of the AAU National Championships in Florida on June 22.

“It’s bittersweet,” she said. “I’m excited to go to college and meet new people and be with a new team, but I really loved my club team and it’s sad to be done with it.”

Bylut took a trip to Ferris State, a Division II program in Big Rapids, Mich., in February 2020, shortly before the COVID shutdown. The school made a big impression on her, and she made a verbal commitment that March and officially signed eight months later

“I was super lucky,” said the 5-foot-6 Bylut, who plans on majoring in pharmacy. “It was perfect timing.”

Bylut said she enjoyed playing volleyball in gym class when she was young, and in fourth grade developed a love for the sport when she played in a Tinley Park recreation league. The following year, she joined the Attack club and over the years developed defensive skills and became a libero.

It’s an underappreciated position that she has come to embrace.

“It’s exciting to make big plays and big digs,” she said. “I like to get the ball to my teammates and have them score big points.”