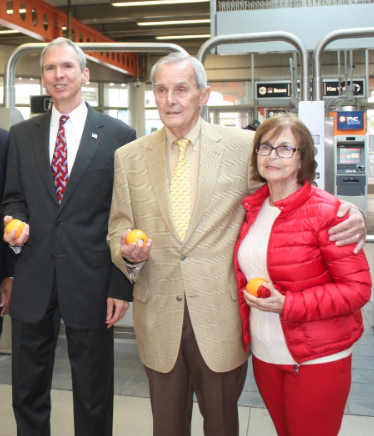 ‘A secret to his success’

Mourning the passing of RoseMarie Lipinski

Special to the Greater Southwest News-Herald

I’ve known Bill Lipinski for nearly all my journalism career. I met him as a 23rd Ward alderman when I started working at the Southtown Economist back in early 1977. I was covering local education and neighborhood stories.

With his help as a contact, I wrote many stories about Southwest Side neighborhoods – back then, that’s all anyone cared about, not the suburbs.

As Lipinski rose to become a City Council leader (and champion of the Southwest Side and later the suburbs), I quickly realized that one of the secrets to his success was his wife, RoseMarie.

RoseMarie was actively involved in Lipinski’s political career. She served as an Illinois delegate to the Democratic National Convention in 1996 and 2004. She was a Presidential Elector for Illinois in 1996 and in 2000. She also served as a judge in the Illinois Court of Claims.

Bill Lipinski told me he met his future wife while working at the Chicago Park District in 1960. Two years later, they were married. Both were physical education instructors, and they bought their first home on 59th Street, in the heart of the Southwest Side.

When Bill Lipinski joined the 23rd Ward Organization back then, he started out doing public relations for the Democratic ward committeeman. He had a lot of help from his wife, who was active in campaigning for the ward and later for her husband.

In Bill Lipinski’s first election after he was appointed Democratic Committeeman in 1975 (backed by Mayor Richard J. Daley), RoseMarie went house-to-house in true Democratic political style, knocking on doors and distributing literature for her husband. She was always accompanied by their two young children, Laura and Daniel, who later succeeded his father as the U.S. Congressman from what is now the Third Congressional District.

Although the Lipinskis were strongly identified with the interests of the strong and growing Polish-American community in Chicago, Bill Lipinski’s mother’s family was from a long line of Irish activists and hard workers originally from County Cork, Ireland. In fact, they traced their lineage back to Michael Collins, the famous Irish revolutionary.

RoseMarie Lipinski passed away late Sunday night, July 11, with her husband, Bill, and children and grandchildren at her side. She was 83 years old.

RoseMarie Lipinski, nee Lapinski, graduated from Georgetown University Law School and was considered by many to be an effective government and public service attorney. The Lipinskis have two grandsons: Conor Broeking, a bioengineering major in his senior year at the University of Illinois at Champaign, and Brian Broeking, a computer science graduate from Wisconsin with a minor in political science.

Funeral arrangements and services will be announced later.