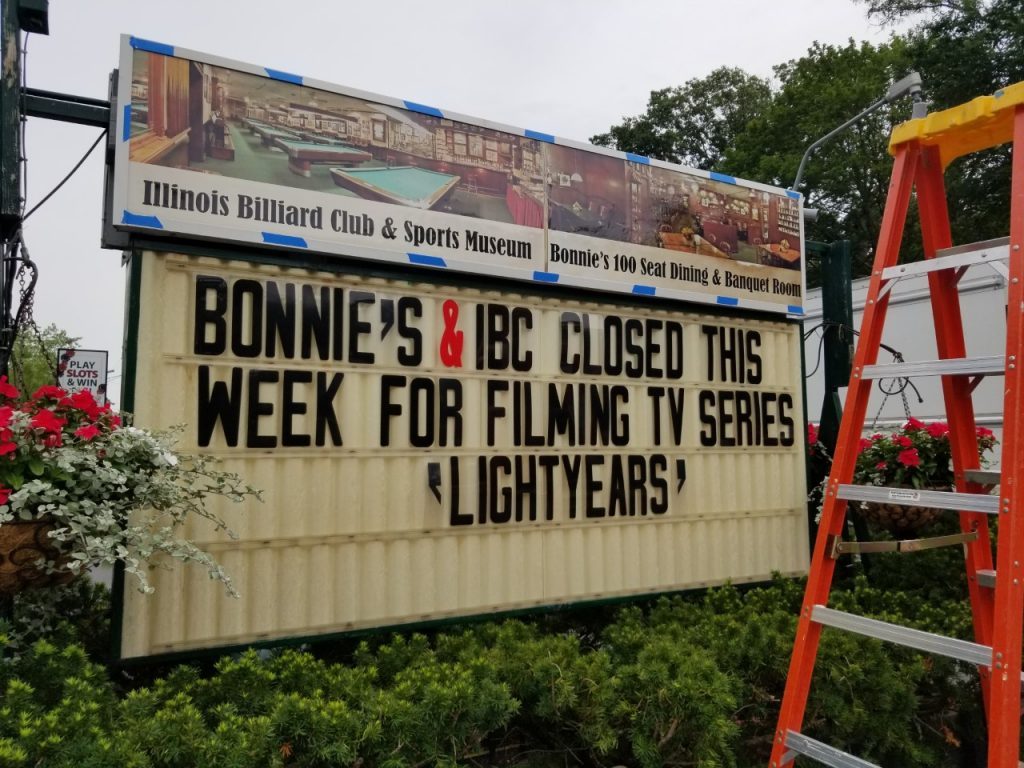 A sign outside of Bonnie's Dining and Banquets and The Illinois Billiard Club in Willow Springs. (Photo by Carol McGowan)

If you have recently driven down Archer through Willow Springs, you may have noticed the trucks and trailers parked along Bonnie’s at 8442 Archer Ave. That’s because they’re filming an upcoming science fiction streaming TV series co-produced by Amazon Studios and Legendary Television for Amazon Prime Video.

According to Wikipedia, the show “Lightyears” was created and executive produced by Holden Miller and Daniel C. Connolly, and stars Sissy Spacek and J.K. Simmons as a couple that discovers a chamber buried in their backyard that leads to another planet.

Willow Springs Mayor Melissa Neddermeyer says the village is happy to have the series filming in town.

“The presence of the film crews creates a fun buzz and curiosity throughout the village,” she said. “I cannot wait to watch the show when it is released.”

The series will be filming in various places in Illinois, and so far has been in Woodstock, Chicago, Wauconda and Island Lake.

When the Desplaines Valley News approached security and the crew that was outside Bonnie’s on Tuesday, July 27, they said they would be there for “a couple of more days.”

No release date has been announced for the series. 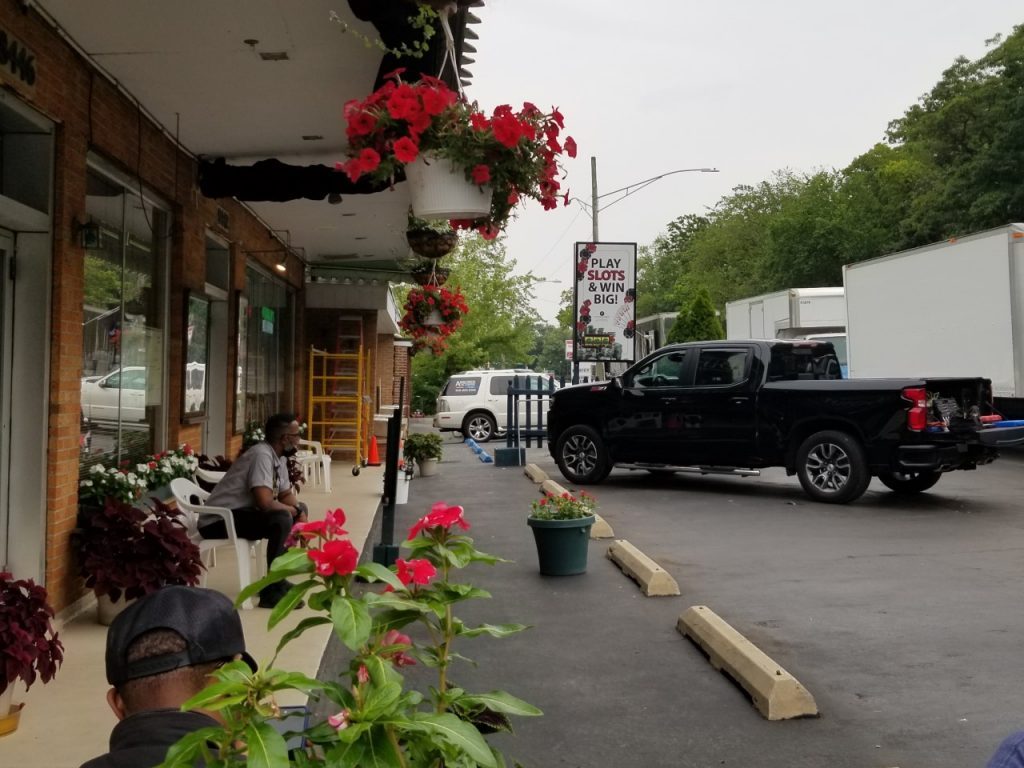