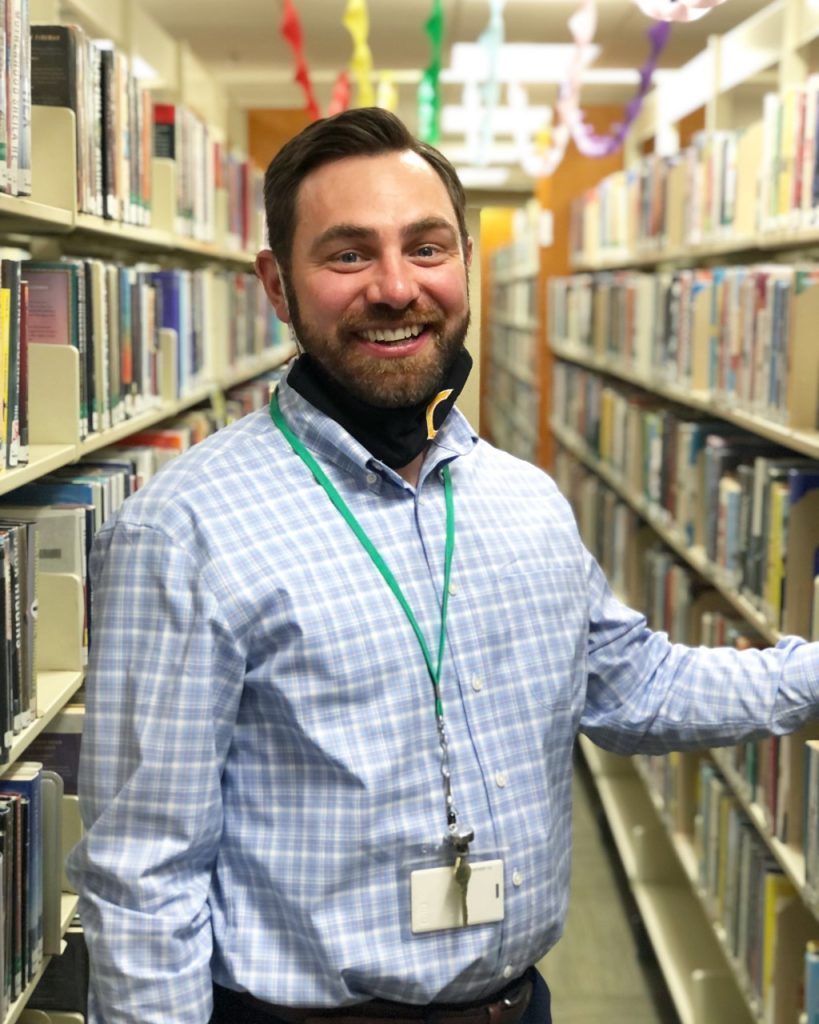 The Evergreen Park Public Library recently welcomed a new director who is no stranger to the local community.

As a start to his now well-established library career, he was originally hired at the Evergreen Park Public Library as a circulation/reference assistant. A job that was not only close to home, but one that he also held dear to his heart.

When the role of director became available at the Evergreen Park Public Library, Murray new applying for the position was never even a question.
“The opportunity to serve my hometown was too much for me to pass up,” Murray said. “I love the Evergreen Park community, and I could not be more honored to be the next library director.”

Murray took on the new position as of July 1, filling the role of former director, and also another Evergreen Park resident, who retired after more than 20 years of dedicated service to the library, Nicki Seidl.

“I plan to continue to build upon the great work staff and retiring library director, Nicki Seidl, have done while also exploring ways to adapt library services to meet the ever-changing needs of the future,” Murray said.

Library staff members said to be very happy with Murray taking the reins as the new library director.

Murray received his bachelor of arts degree in History from Eastern Illinois University, along with a concentration in Social Sciences and a teacher certification. He later went on to receive his Master of Library Sciences degree from Dominican University.