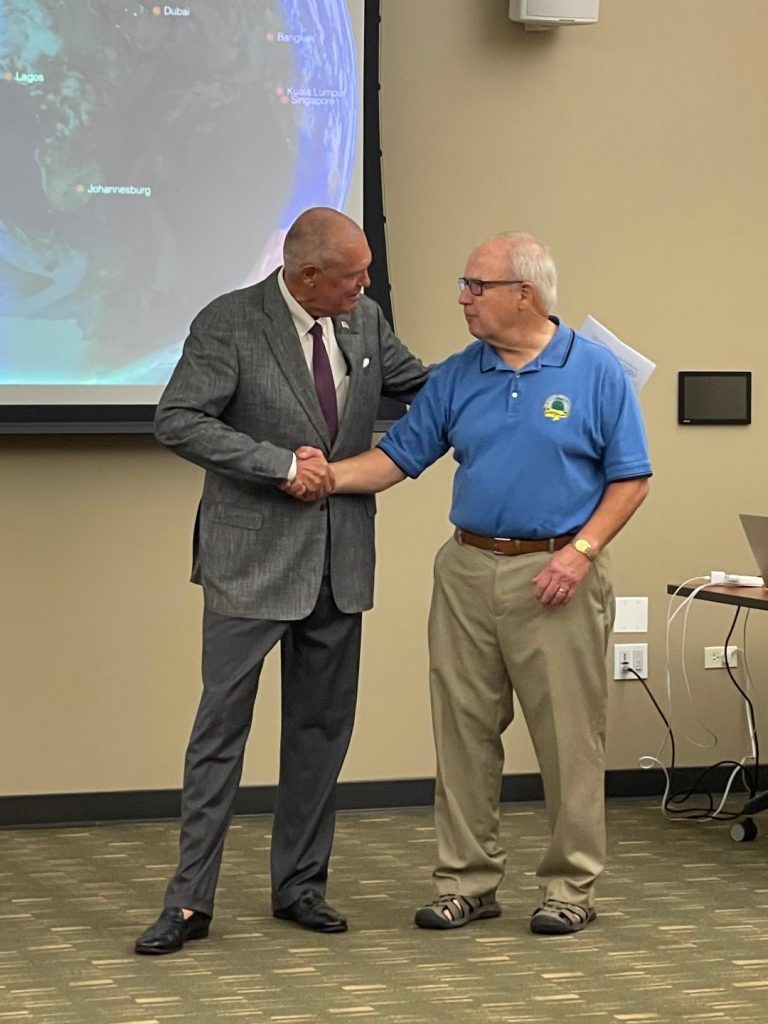 Toastmasters of Palos Heights officially charted on June 3, 2017, by Chuck Bern, longtime Palos Heights resident, helps people gain the skills and confidence they need to express themselves effectively in any situation.

“This is a diverse, supportive community of fun-loving, energetic learners using a self-paced program that develops not only communication skills but organization and leadership skills as well,” Bern said.

Bern developed the club after publishing a book and being asked to speak on it. His fear of public speaking was what brought life to the Toastmasters of Palos Heights, a branch of Toastmasters International, a nonprofit educational organization that teaches public speaking and leadership skills through a worldwide network of clubs. Headquartered in Colorado., the organization’s membership exceeds 364,000 people in more than 16,200 clubs in 145 countries. Since 1924, Toastmasters International has helped people from diverse backgrounds become more confident speakers, communicators and leaders.

Upon deciding to home the club officially in Palos Heights, it only continued to grow. 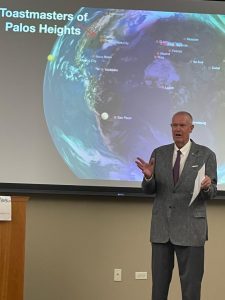 Toastmasters of Palos Heights is now recognized as President’s Distinguished, given the highest marks by international standards.

“Whether you are an extrovert or an introvert, speaking in public for professional or personal reasons is a daunting task,” Bern said. “The trick is finding a place that provides a warm and supportive atmosphere in which to learn and practice. The Toastmasters program is not a college, trade school, or other formal course in public speaking. There are no instructors, professors, or classrooms. No one’s work is graded and no tests are administered. In Toastmasters, members learn by studying the manuals, practicing, and helping one another. We call it the gym for public speaking.”

Members within Toastmasters learn how to formulate and express ideas effectively, be more persuasive and confident when giving presentations and improve one-on-one dealings with others, along with developing communication and leadership skills.

During club meetings, on the first and third Monday of every month at the Palos Heights Public Library, 12501 S. 71st Avenue, Palos Heights, participants build quick thinking skills as they give one-to-two-minute speeches on general subjects during table topics. They will also introduce speakers, conduct meetings, and perform other roles that allows for practice in a variety of communication experiences.

Club members were proud to induct Straz and Blazek as their newest members.

Straz was humbled to be honored.

“I want to thank the club for the recognition,” he said. “Communication is so important in the world we live in today, speaking as well as listening.”

Dombrowski said the quality of the Palos Heights Library experience is cited by many residents as one of the reasons they chose to move to and remain in our city. After 18 months of having club meetings on ZOOM, members have come to a new level of appreciation for having a place to call home and meet in-person, Dombrowski said.

“It’s not only the home of our club meetings, but Jesse also recognizes the value Toastmasters generates for its members and is a dedicated advocate for advancing the mission of our club and its members,” Dombrowski said. “The library represents both a prime learning resource, and a brick-and-mortar building. It’s interesting how sometimes you take resources for granted.”

Although Blazek was unable to attend the meeting in person, he said to be more than happy to have the library as a staple point for the Toastmasters meetings and was thankful for his induction to the club.

“I’m honored to be named an honorary member of Toastmasters,” Blazek said. “I’ve been working with this group for a number of years now, and I continue to be awed by their commitment to improving themselves and building a stronger community. I’m proud to have played a small role in the ongoing success of this wonderful group.”