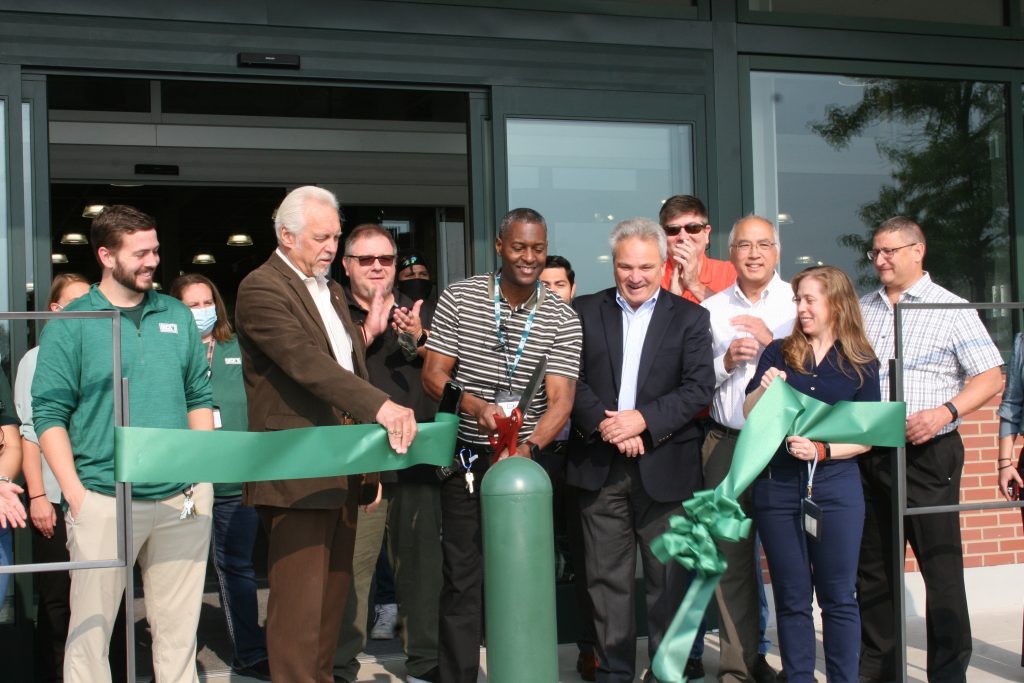 Demetrius Hawkins, the new store manager of the new Dick's Sporting Goods, cuts the ribbon for the new facility that officially opened last Friday morning at the Chicago Ridge Mall. He is assisted at his immediate right by Chicago Ridge Mayor Chuck Tokar and Village Clerk Barb Harrison at his far left. (Photos by Joe Boyle)

But Chicago Ridge Mayor Chuck Tokar had a question after the brief ribbon-cutting ceremony.

Demetrius Hawkins, the store manager at the new Dick’s Sporting Goods and employees were smiling as they then opened the doors for the village officials to enter, followed quickly by a line of customers to view the store for the first time.

Tokar was eager to look through the facility that formerly housed Carson’s at the south end of the mall at 9800 S. Ridgeland Ave. He was delighted with what he saw. 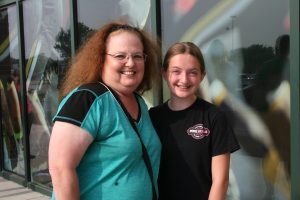 Hickory Hills residents Angie Peterson and her daughter Karley, 13, were waiting in line for the grand opening of Dick’s Sporting Goods Friday morning. Angie said they would be looking for golf and fishing gear. Karley enjoys playing both sports.

“We are going to do great at this location,” Tokar said. “And look how huge this place is. I’m glad they came here. We don’t have anything like this out here. The closest we had was in Orland.”

Hawkins was also pleased at the opening day reception.

“It’s always exciting when you open a store for the first time,” said Hawkins, who has been in the management business for 26 years. “It’s awesome to see how many people are here.”

A large group of customers gathered early outside Dick’s Sporting Goods before it opened at 9 a.m. Adults and teens were anxious to enter the store for the first time.

Dick’s Sporting Goods offers exercise equipment, footwear and apparel. The Pittsburgh-based franchise came into existence in 1948 and now has more than 730 stores across the country.

Equipment in the new store includes items related to baseball, golf, tennis, badminton and other outdoor products. The list also offers summer and winter sports. A fan shop is located in the spacious facility.

Hickory Hills residents Angie Peterson and her daughter Karley, 13, were waiting patiently in line for the opening.

“We are going to look into golfing stuff,” Angie said. “My daughter likes to golf. I’m actually here for my husband. He really wanted to be here but he had to work. He was really excited about this opening here.”

Karley also mentioned that she likes to fish and would be looking over some gear at the store. Her mother said she has won some awards for fishing.

“I really like to fish,” said Karley, who attends Conrady Junior High School in Hickory Hills.

Oak Lawn resident Sarah Berdick was waiting to get in so she could look over some hockey equipment.

“I need new equipment because we haven’t played in over a year,” said Berdick, 37, who has played hockey for many years in a league that begins with skaters who are 6 up through older adults.

“The pandemic had stopped us from playing,” Berdick added. “But I have been waiting for this store to open. I have been staying in shape and I have lost 100 pounds. We will have our first meeting in September and I want to see what equipment they have. I’m glad they have opened here because it is close to my home.”

As for Tokar, he is glad that the day has come that Dick’s Sporting Goods has opened on the first floor of the old Carson’s building.

“We will have to see about the second floor,” Tokar said. “That has its own challenges. I mean how can we do it? Do we put in stairs or an escalator for another business upstairs? I don’t know. But if there is a will, there is a way.”

The mayor said attracting Dick’s Sporting Goods was a top priority. Now the emphasis will be on attracting a business or businesses to fill the vacancy left with the closing of Sears, which was the north anchor of the mall.

“We have a few ideas about that,” Tokar said. ” A few businesses have shown some interest. I think we will get something done.” 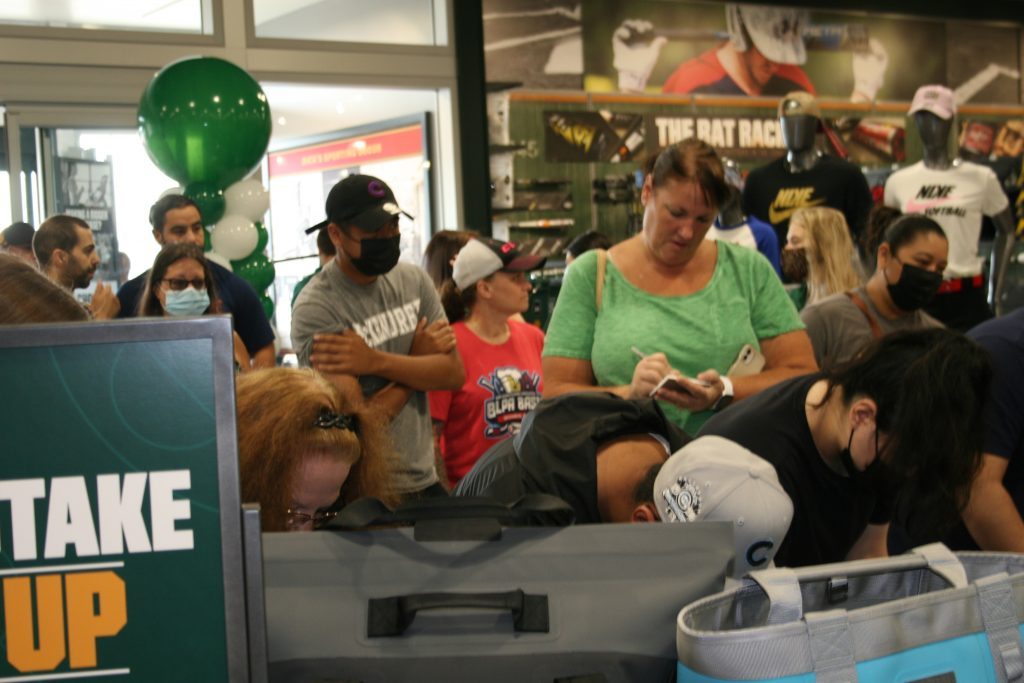