Skip to content
August 12, 2021/Comments Off on Some ‘troubled roads’ in Palos Park to receive makeovers 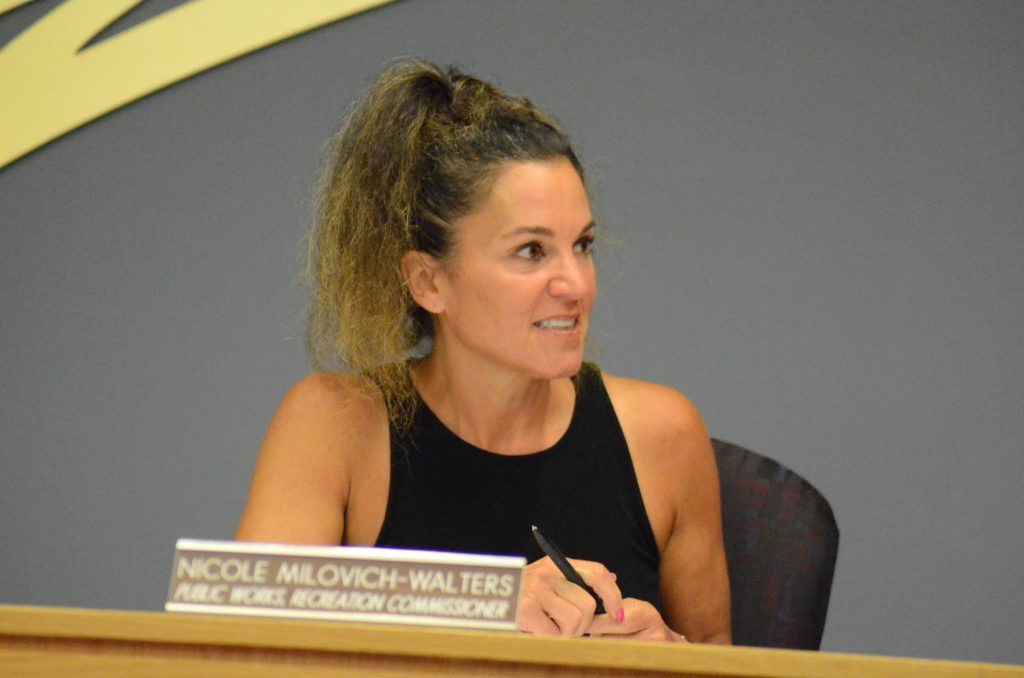 Palos Park Commissioner Nicole Milovich-Walters listed a host of streets that will be paved in the coming months during Monday night’s council meeting. (Photo by Jeff Vorva)

Some ‘troubled roads’ in Palos Park to receive makeovers

Later this month will be the start of what Palos Park Mayor James Mahoney calls “our most significant road project in a long time.”

The Palos Heights Village Council voted to award a $728,285 paving project to Bensenville-based Lindahl Bros. Inc. to fix up several of what Commissioner Nicole Milovich-Walters calls the village’s “troubled roads.”

Work could start as early at the end of August.

Milovich-Walters, the commissioner of public works and streets, said the streets that will be getting a makeover in the next few months are parts of 113th, 114th, 115th and 116th Avenues, 123rd Place, Ramsgate Drive, Oak Lane, Wild Cherry Lane, Kimber Lane, Windsor Drive, Somerset Lane, South Woodland Trail and Timber Lane.

“I drive on some of these myself and they are in need,” Milovich-Walters said.

For those concerned about the COVID-19 Delta variant taking over the nation, Public Health and Safety Commissioner Dan Polk had warning that the lambda variant is a cause for concern. It is not just around the corner, it’s arrived.

“We don’t know about lambda right now, but I can tell you one thing – it’s here,” he said. “It’s in 44 of the 50 states. You don’t like to hear about these variants? Get vaccinated.”

Polk has been preaching for people to get vaccinated for months and figures it’s the best way to keep the COVID numbers down, even during this time of Delta causing widespread misery.

“The virus needs a host to replicate on,” Polk said. “It doesn’t just replicate on its own. It needs a living person. A host. Then it mutates. The issue is what the mutation leads to. And in the Delta case, it leads to a variant that is much more infectious.