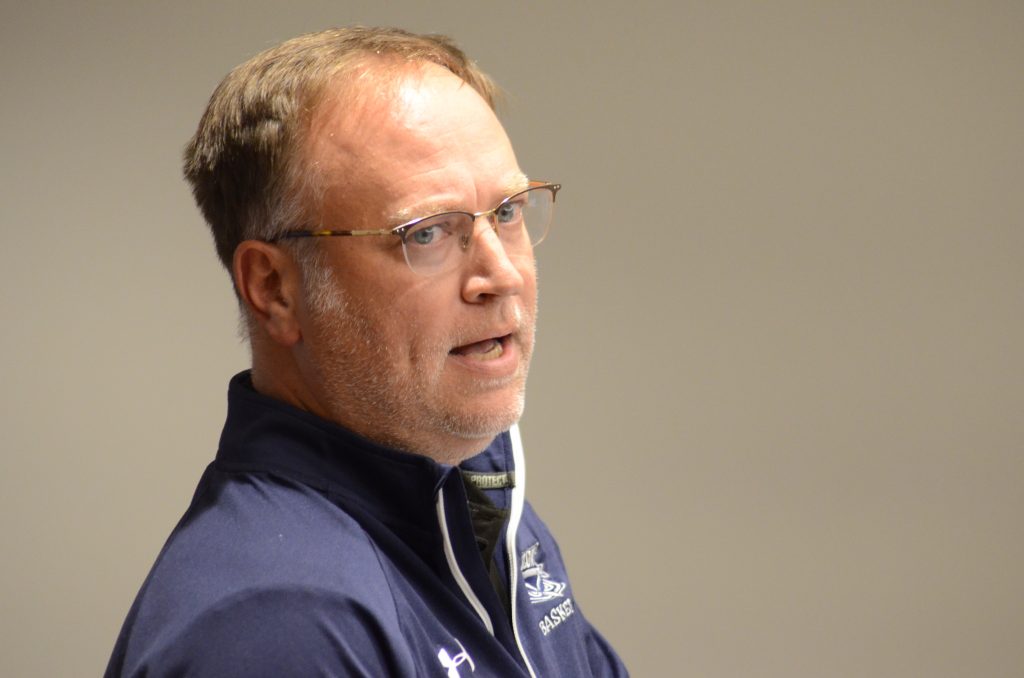 Palos Heights resident Gary Krammer was one of six people Monday night who spoke out against the idea of sidewalks being put in on 123rd Street. (Photo by Jeff Vorva)

When it comes to the idea of putting sidewalks on 123rd Street from Palmer Park to 76th Avenue, some residents on that street gave a loud “no” when asked to comment on it at Monday’s Palos Heights City Council meeting.

Ald. Jack Clifford, who oversees roads and construction in the city, opened up a 30-minute discussion in which council members and members of the public talked about the pros and cons of building sidewalks in that area.

The advantages, according to Clifford, would be safety to residents and children and, because the roads in that area are already torn up because of prior construction and it could be done quickly. Also, the price of $75,000 for the project would likely be five or six times that amount if the city wanted to put in sidewalks there in the future.

Six residents spoke and all six were against the idea.

Gary Krammer said that he was an engineer and as the street was being widened, the council should consider widening it even more and integrating a walking lane into the street.

“Why aren’t they considering viable options that won’t carve into further property?” he asked. “You are making the road wider already. Put a lane for pedestrians there.”

Other residents said it is unnecessary and complained that they would be responsible for shoveling snow off of the sidewalks and it would make property in the neighborhood look bad.

No vote was taken and it’s possible the matter will be dropped.

Members of the council had differing opinions.

Mayor Bob Straz said sidewalks would be a safer way to walk to the park.

Ald. Jeff Key said he met with about 14 citizens of the Beautification Committee from all four wards and when the subject of sidewalks from that area was brought up, he said they were in favor of it.

Ald. Don Bylut said he lived in Evergreen Park with sidewalks and when he moved to Palos Heights 19 years ago, he was concerned for the safety of his children because of the lack of sidewalks in front of his house. But now wouldn’t want them in his neighborhood.

Ald. Jerry McGovern said he would defer to the residents’ wishes but he sometimes walks eight miles a day in town and doesn’t see the need for sidewalks.

The properties are in the Third Ward and aldermen Brent Lewandowski and Heather Begley said they would listen to the residents’ wishes on the matter.

After an executive session, the council voted 7-1, with Bylut casting the “no” vote, on appointing a new building commissioner.

But his or her name was not released as Straz said the appointee needed to talk with his or her employer before Palos Heights will release the name.