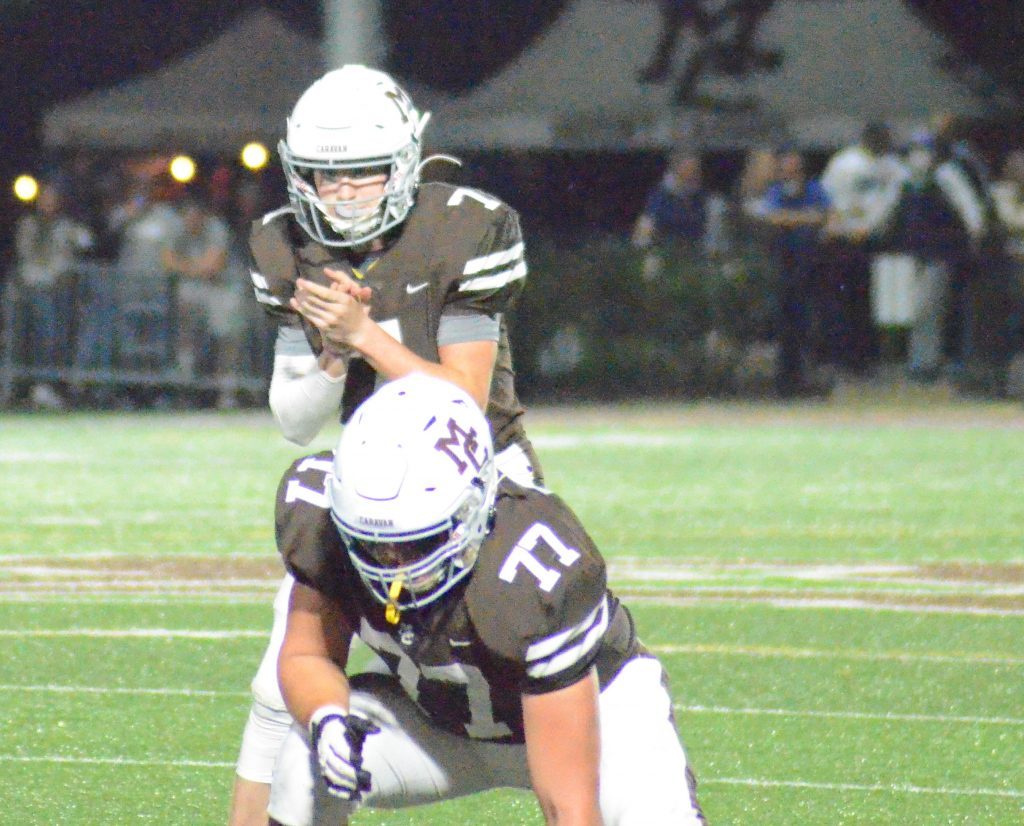 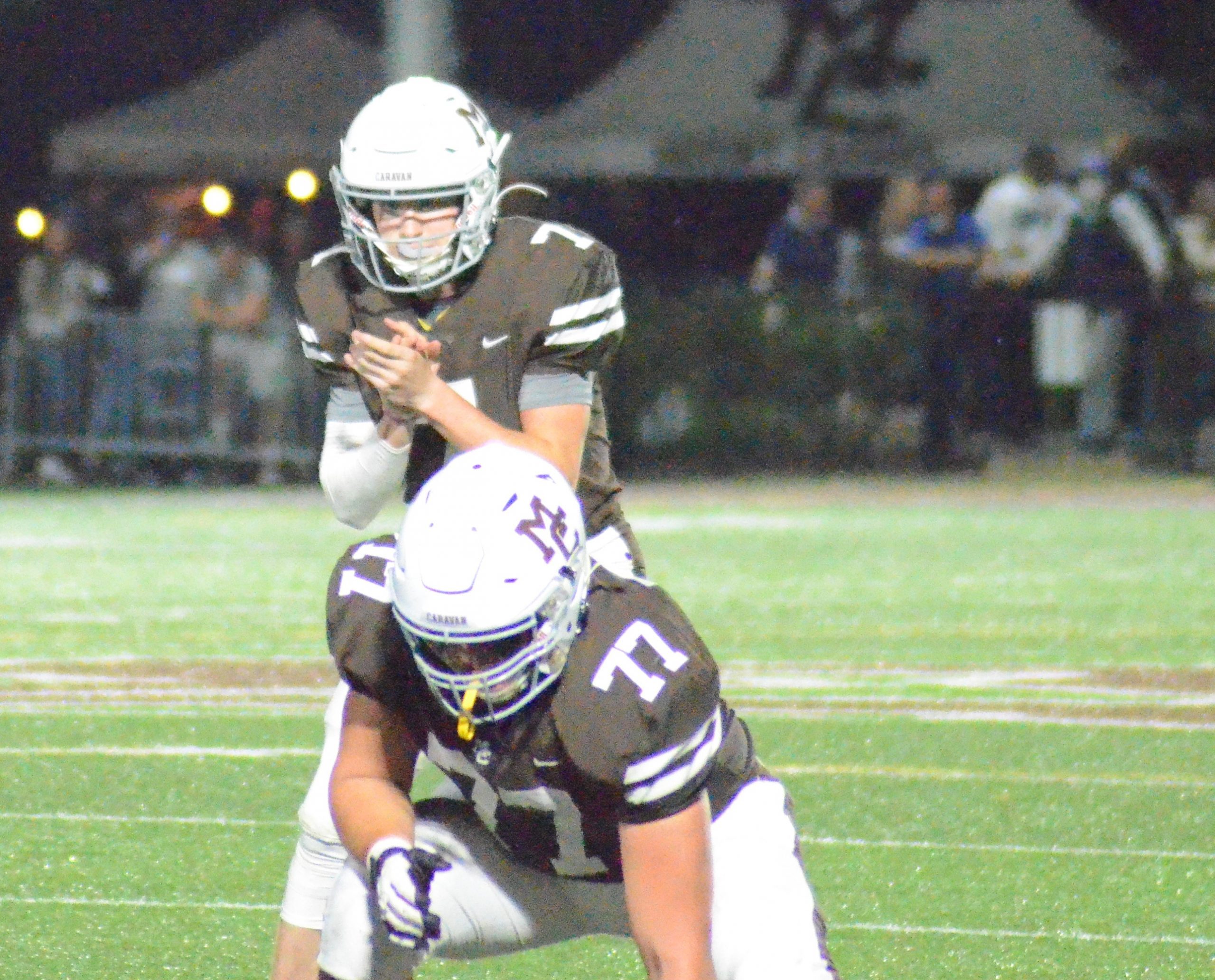 The “Dowling” part of the stadium, which opened in 2019, is named after Blainey’s late uncle, Kevin Dowling, who along with Jim Barda died while playing for the Caravan.

Kevin collapsed on the field during practice on a hot day in 1995, and later died of liver failure and cardiac arrest. Mount Carmel eventually retired his number 57.

With a new 24-foot-by-12-foot video board being erected in July with the words “Barda-Dowling Stadium” even more prevalent, Blainey has a sense of pride when he walks into the stadium. 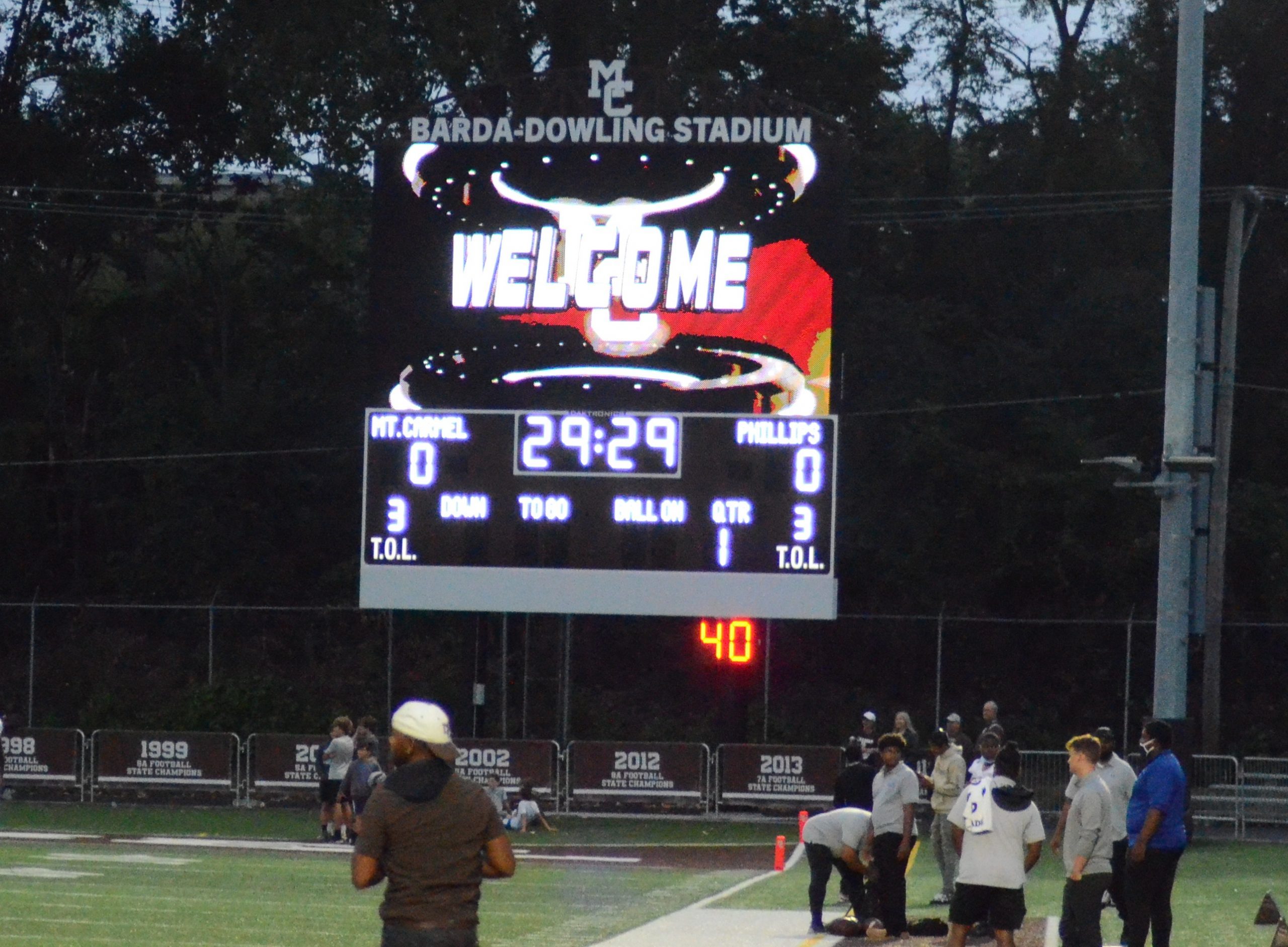 The new video board made its debut at Mount Carmel’s Barda-Dowling Stadium Friday night. Photo by Jeff Vorva

Blainey made his starting varsity debut at the stadium on Sept. 3. The junior signal-caller threw for 105 yards and two touchdowns as the Caravan rolled to a 42-0 win over Phillips.

Caravan quarterbacks accounted for 159 yards and five touchdowns either rushing or passing.

Aside from Dowling hitting Dennis Furlong with a pair of scores, second-string quarterback Damarion Arrington got into the act as he passed for a touchdown and ran for two more.

Arrington’s scores were at the beginning of the game. Mount Carmel coach Jordan Lynch has a system in which Dowling starts and gets a majority of the snaps, but Arrington comes in various points to give defenses a different look to worry about.

And there was plenty for Phillips (0-2) to worry about.

Enzo De Rosa accounted for another touchdown with a 4-yard run.

The Caravan won an intense 16-9 battle with St. Rita to open the season on a blocked-field-goal-turned-touchdown in the final minute.

Neither quarterback was happy with the fact the offense accounted for just nine points in that game and made it a point to put points on the board against Phillips.

The defense, led by three Danny Novickas sacks, helped the Caravan earn its first shutout since a 6-0 victory over Marmion on Sept. 28, 2019.

The Caravan host Niles Notre Dame on Friday. The Dons are 0-2 after a 19-14 loss to Glenbard North and a 42-7 setback to Fenwick.

Phillips is playing its first season without coach Troy McAllister, who is now coaching at Sandburg. McAllister won more than 90 games in 11 seasons at Phillips and coached the Wildcats to a pair of IHSA state championship – the first in Chicago Public League history.

Things are off to a rough start for the Wildcats so far this year, as they have dropped their first two games to Batavia and Mount Carmel by a combined score of 75-6. 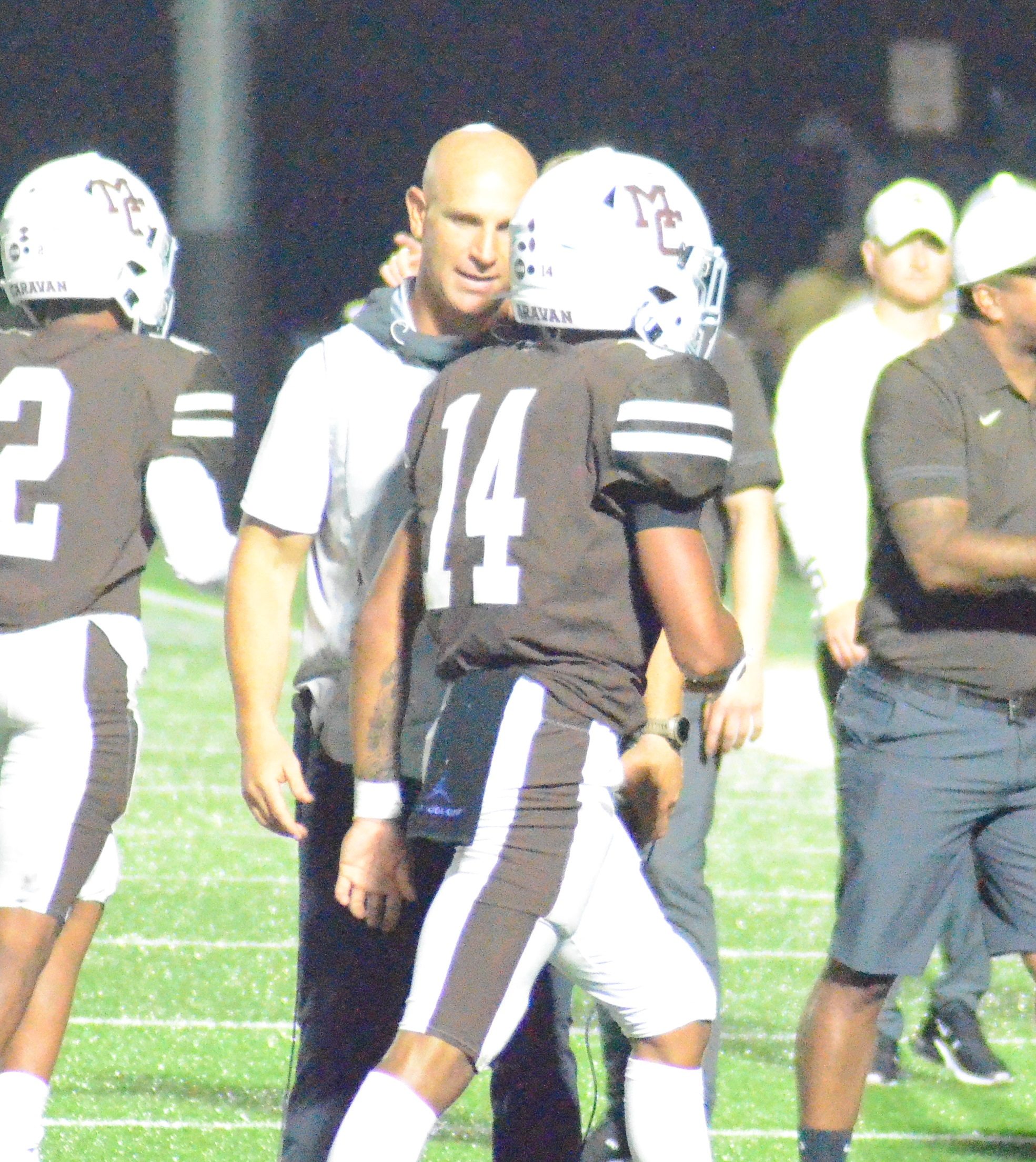