Skip to content
September 11, 2021/Comments Off on Those who support us need support 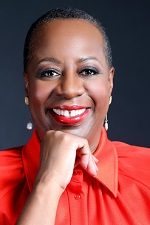 Those who support us need support

Every day, millions of workers enter people’s homes to provide care to those with disabilities and the elderly. These “direct-care” workers assist individuals with bathing and dressing, cooking and eating, taking medication, and getting exercise. For the people they help, they are lifelines to health, independent living, and economic stability.

Yet our system for providing this care is in desperate need of repair. Medicaid serves approximately 4.8 million Americans with home- and community-based services, but there are still nearly 850,000 people on waiting lists. They often wait years for crucial support.

At the same time, direct-care workers have been underpaid for decades, causing instability in their own lives. This situation was untenable even before pandemic-induced social distancing kept these workers from fulfilling their jobs.

President Biden proposed a fix for the industry in his infrastructure plan, which was originally supposed to add $400 billion in federal spending for Medicaid’s home and community-based services program. This would have provided a sorely needed boost to the caregiving economy.

Yet the president and a group of bipartisan senators dropped this aid from the “compromise” they reached and passed on infrastructure. That’s deeply disappointing. Lawmakers must do everything they can to work this aid back in as a separate bill. Funding home- and community-based care for the most vulnerable Americans shouldn’t be a partisan issue.

The demand for home- and community-based care will only grow in the years ahead, given that one in four Americans today are living with a disability, and the average age of the U.S. population continues to rise. According to Harvard University’s Joint Center for Housing Studies, the U.S. population aged 74 and over is expected to increase by 48% in the next decade. And older Americans are increasingly cost-burdened. Among homeowners over age 79, just 3% owed mortgage debt in 1989, compared to 27% by 2019.

It all adds up to a situation where more people need services but have fewer options.

The voting public recognizes this. An April poll from Morning Consult and Politico found that 76 percent of Americans support new funding to improve caregiving for people with disabilities and the elderly. And yet, some of our political leaders don’t seem to see the need.

Perhaps they don’t understand that care workers enable people to continue living in their own homes — or how important this is. Aid recipients prefer to be cared for in their own homes and communities, and the law obliges public agencies to do so whenever possible.

The low wages also exacerbate gender and racial inequality, as women of color dominate the ranks of direct-care workers. And when we fail to support direct care, the burden of looking after family members typically falls to women, taking them out of the workforce.

Home- and community-based care makes it possible for millions of families to thrive. But without new expenditures, both the workers who provide these services, and the individuals and families who rely on them, will not. Our lawmakers need to make this investment now, assuring a sustainable system of services and support for our most vulnerable citizens, their families and the professionals who care for them.

Angela F. Williams is the president and CEO of Easterseals. This piece originally ran in the International Business Times.

Woman charged with DUI in Hts.

Palos Heights police arrested Mary E McSweeney, 55, of Cum-maquid, Mass., at 1:28 a.m. Dec. 14 and charged her with driving under the influence (DUI) of alcohol and speeding after she was stopped in the 12900 block of South Ridgeland Avenue, police said. Her court date is Jan. 14 in the Cook County 5th District…

Orland Park police arrested Almasri S. Tawifikyazan, 18, of Mokena, and charged him with two counts of battery and disorderly conduct after he allegedly became belligerent with several employees of a McDonald’s restaurant, 9110 W. 159th Street. Police said he screamed into the drive-thru speaker, threw garbage in the parking lot, swore at employees, hitting…

Orland Park police arrested John E. Davies, 48, of Oak Lawn, and charged him with driving under the influence (DUI) of alcohol, improper turn and failure to reduce speed to avoid an accident after he overturned his car near 135th Street and Southwest Highway, police said. Davies told police he fell asleep at the wheel…

Driver charged with leaving scene of accident in Heights

Palos Heights police arrested Woodford J. Metcalfe, 32, of Palos Heights, at 2:30 p.m. Nov. 26 and charged him with reckless conduct and leaving the scene of a property damage accident after he was involved in an accident at 122nd Street and Richard Avenue, police said. His court date is Jan. 6 at the Cook…

Orland Park police arrested Westley R. Andersen, 19, of Monee, Nov. 13 and charged him with one count of felony residential burglary in connection with a burglary that occurred on Sept. 4, 2007, in the 8700 block of But-terfield Lane, police said. A warrant for Anderson’s arrest was issued on Nov. 12, the day before…

Palos Heights police arrested Jaquelin L. Rocha, 23, of Oak Lawn, at 4:29 a.m. Nov. 26 and charged her with driving under the influence (DUI) of alcohol and improper lane usage after she was stopped in the 12100 block of South Harlem Avenue, police said. Her court date is Jan. 6 at the Cook County…

Teen charged with DUI after crash into tree: police

Orland Park police arrested Edward R. Faltenberg, 17, of Orland Park, and charged him with driving under the influence (DUI) of alcohol, improper lane usage, failure to reduce speed to avoid an accident and illegal possession of liquor by a minor after he allegedly crashed his car into a tree in the 16700 block of…

by Kevin Olsen staff reporter A woman was robbed in Palos Heights last week and the city’s new red light cameras could be essential in catching the offender, police said. The 52-year-old woman was returning home from her business in Bedford Park when a man grabbed her handbag, containing about $25,000, said Deputy Chief Dave…

Palos Heights police arrested Aron T. Krevitz, 40, of Orland Park, at 12:17 a.m. Nov. 13 and charged him with driving under the influence (DUI) of alcohol and improper lane usage after he was stopped for swerving and striking a curb in the 12100 block of South Harlem Avenue, police said. His court date is…