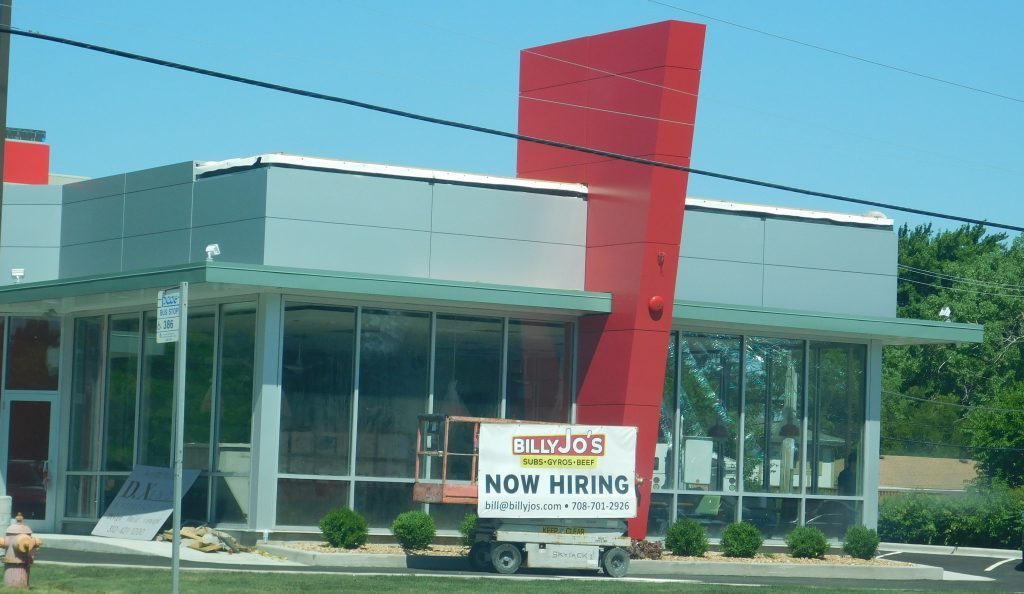 Bridgeview has approved tax breaks for Billy Jo's, a restaurant in the village. (File photo)

When Trustee Claudette Struzik saw students from Reavis High School in the audience at the Sept. 1 meeting of the Bridgeview Village Board, she cautioned them that it wouldn’t take long.

Struzik told the students that it would probably be over in about five minutes “because we’re missing three people.”

Trustees Mary Sutton, Norma Pinion and James Cecott did not attend the meeting.

Struzik wasn’t far off. The meeting lasted all of four minutes and 46 seconds. And that includes the Pledge of Allegiance.

The students, who were there to fulfill a class requirement, collected signatures from trustees afterwards, proving they indeed did attend the board meeting.

The meeting was so swift because three trustees were absent and only two items were on the agenda.

The board approved an ordinance authorizing an agreement with BJLMK, owner of Billy Jo’s, a restaurant with a drive-thru window at 8032 S. Harlem Ave.

And the board approved an ordinance that authorizes renewal of the Class 7c property tax assessment for the business. It helps ease the property tax burden.

That tax break still needs to be approved by Cook County, said Struzik, who oversees the Building, Zoning and Economic Development for the village board.

The board’s next meeting will be held at noon Sept. 15.