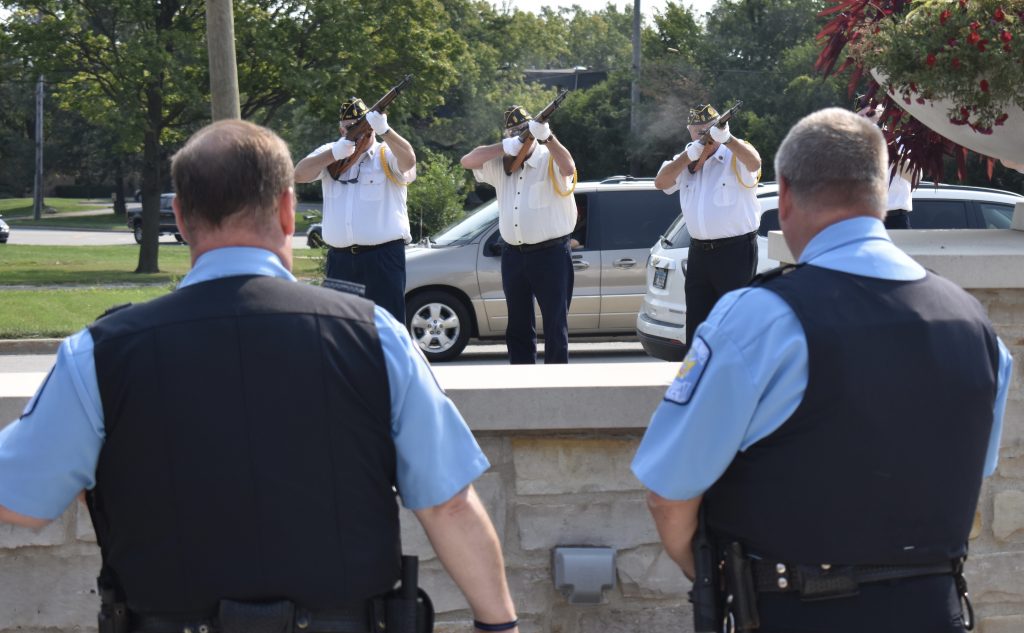 Countryside resident Christina Bader made sure to bring her three children to the city’s Patriot Day Remembrance last Saturday, marking two decades since the terrorist attacks of September 11.

Bader wants to teach her children about what happened that day “to keep the memory alive.”

“I can’t believe it’s been 20 years,” Bader said. I was a 16-year-old kid in Manteno High School. We went to our home room, and we saw the second plane hit. We were all flabbergasted, our mouths dropped, ‘What’s going on?’ “ 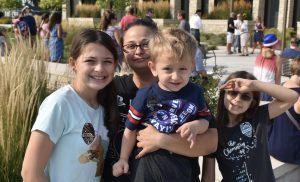 Bader said she, her husband and their children, ages 2, 8 and 12, last month visited September 11 memorial sites in Pennsylvania, New York City and the Pentagon.

“It was sad,” she said. “The museum in New York is built where the (World Trade Center) towers were. My husband cried. It’s very moving.”

Also moving was the 30-minute ceremony outside Countryside City Hall.

Included were speeches filled with memories and inspiration, prayers, the laying of a memorial wreath, playing of “Taps” and “Amazing Grace,” the ringing of the fire bell, the firing of rifles.

Representatives from the Robert E. Coulter Jr. American Legion Post 1941 in La Grange fired the rifles and stood at attention, along with many first responders.

Post Chaplain Jerry Matuch gave the invocation, saying “shock and horror of that tragic day has subsided, replaced now with emptiness, a longing for an innocence lost.”

“Foundations once though secure have been shaken. We are reminded of that illusion of security,” Matuch said giving thanks to God “for your presence in our time of need.”

Post Commander Steve Jasinski was the master of ceremonies. He recalled the reaction to the four hijacked planes used as weapons of terror.

“There was shock. There was sorrow. And there was anger. Strong emotions quickly turned to resolve. This was a criminal act with terrorists behind it. They were going to pay,” Jasinski said.

He talked of those who died on Sept. 11, the innocent victims, the first responders.

His voice choking with emotion, Countryside Police Chief Joe Ford noted how the pain of losing someone to “the ultimate sacrifice” never goes away.

“I learned at a very young age the meaning of sacrifice,” he said, recalling when he learned – at age 9 – than an uncle had died in Vietnam. “The war came knocking at our door.”

“Our county once again united,” Ford said of the aftermath.

Afterwards, Bolt, 31, recalled she learned about the Sept. 11 attacks while in sixth-grade gym class at Pleasantdale Middle School.

McDermott said he was honored that Countryside could host the event, saying “it’s important to remember all those lives that were lost that day.”

“First responders, they put their lives on the line every day, not just on Patriot Day but every day,” the mayor said. 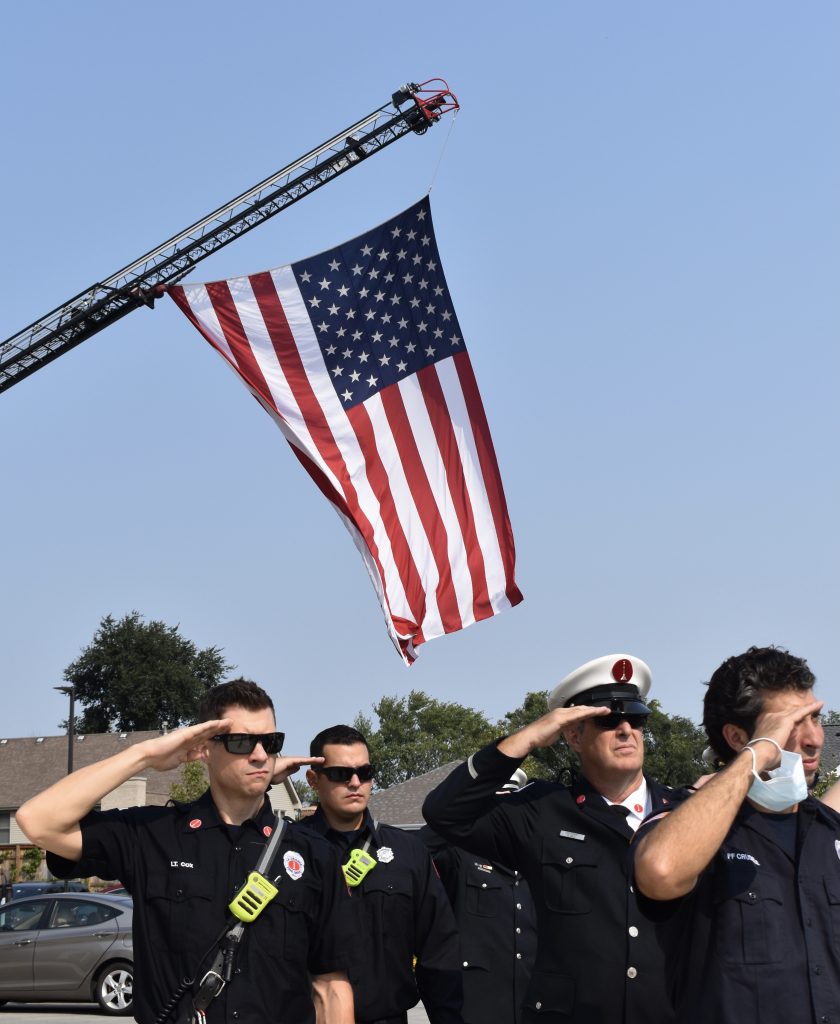