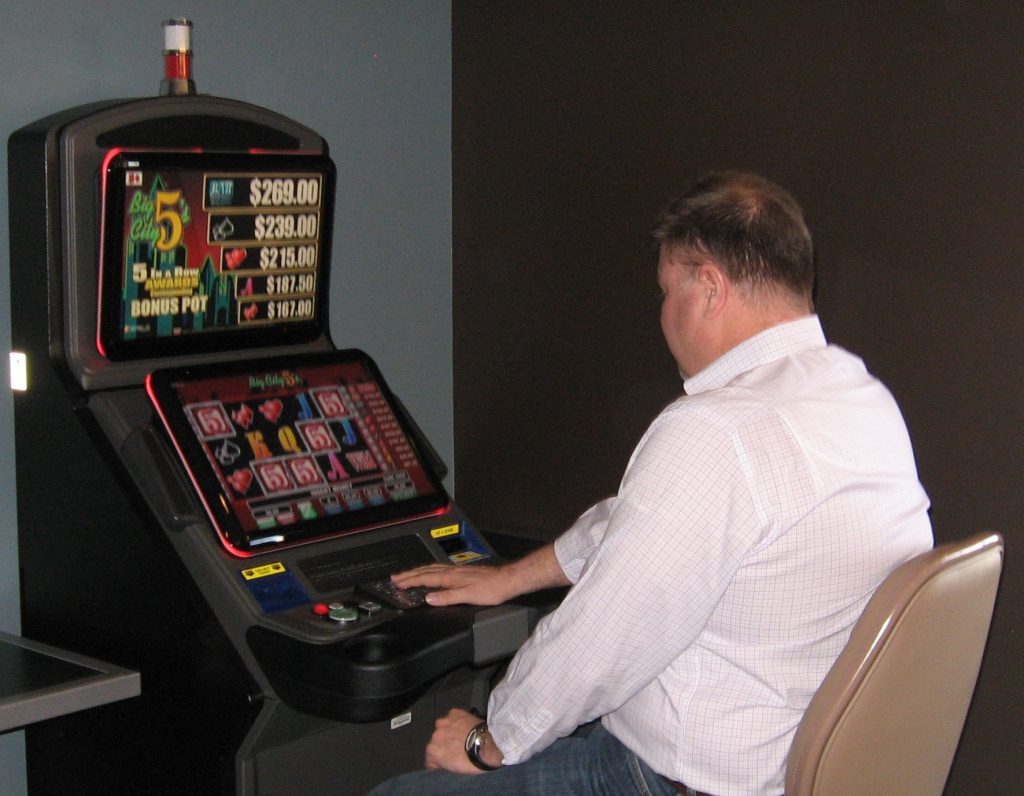 The Illinois Legislature handed Oak Lawn a preliminary victory in its battle against the video gaming industry with its Oct. 28 passage of a video gaming bill that allows the village to impose a “push tax” that could be worth an estimated $1 million in annual revenue.

“He has 60 days to sign it, so we have to give him time. But whenever he is ready, we will send him however many pens he needs. We want to move forward,” Trustee Paul Mallo (3rd) said on Tuesday. Mallo was instrumental in getting the push tax in place.

The amendment on a student debt relief bill stipulates that only Oak Lawn and other home-rule municipalities such as Waukegan that had adopted the push-tax before Nov. 1, 2021, will be allowed to impose it. State Sen. Bill Cunningham (D-18th) and state Rep. Fran Hurley (D-35th) were among the chief sponsors.

In May 2019, Mallo and former Trustee Tom Phelan (6th)—the village manager since July—completed a comprehensive analysis of video gaming revenues after the state Legislature changed the video gaming statutes. The three most significant changes were: increasing the maximum allowable video gaming machines per business from five to six; increasing the maximum bet from $2 to $4; and reconfiguring the revenue-sharing arrangement between business owners, machine owners, the state and municipalities. It was this change that spurred Mallo and Phelan into action.

“It was outrageous that the video gaming industry left the municipalities in the cold when they re-cut the revenue-sharing pie,” Mallo said of the changes that kept the municipal share at 5 percent and raised the state share from 25 percent to 29 percent.

“We are talking billions of dollars in revenues, and the municipalities are the ones burdened with the responsibilities of providing police and emergency services, and keeping the streets clear to enable businesses to operate in a safe and inviting community,” he said.

Mallo and Phelan looked at various options to increase Oak Lawn’s gaming revenue before eventually deciding to assess a 1-cent “push-tax” each time a player bet. They estimated this tax would generate an additional $1 million each year for the village.

“We consulted with many Oak Lawn bettors and our research showed that they averaged between 100 and 200 bets each time they played, so we didn’t feel a $1 or $2 tax was unfair, and neither did they,” Mallo said.

At an Oak Lawn Village Board meeting in February 2020, then-Mayor Sandra Bury pointed to Illinois Gaming Board’s figures that showed $16,501,382 was wagered in Oak Lawn gaming terminals that January—more than the village’s entire tax levy of $14.2 million for 2019.

The ordinance imposing the push tax went into effect in January 2020, but almost immediately, representatives of the gaming industry filed suit against the village. In March, the Illinois Gaming Machine Operators Association filed an injunction against the village to stop the tax from being imposed. The industry association maintained that it violates the Video Gaming Act and would be costly and technologically complicated to implement. This move encouraged most of the 41 local business owners with gaming machines to refuse to pay the tax. They claimed, among other things, that their machines were incapable of calculating the tax.

Their argument was weakened after one Oak Lawn business—Jedi’s Garden—opted to pay the tax, proving that it was possible. Also, Waukegan instituted a similar tax and a Lake County court dismissed a suit filed by the gaming industry against that municipality.

“It’s unfortunate that more municipalities didn’t join our fight, because we believe the case would have been settled sooner and saved us significant legal fees,” Phelan said.

He added that Oak Lawn made extensive efforts to encourage other towns to join the fight, including enlisting the help of the Illinois Municipal League, but most municipalities were content to let Oak Lawn and Waukegan “go it alone” in the lawsuit.

Mallo said he expected the lawsuit against Oak Lawn would be dismissed as soon as the new bill was signed into law. He noted that a hearing was scheduled for Wednesday on the village’s fines against businesses that have not collected the tax, but “we don’t expect to collect fines now.”

“We picked up momentum when Waukegan joined the fight,” said Phelan, noting that along with Mallo, Waukegan Ald. Greg Mosio can take the most credit for this victory if Pritzker signs the bill.

“We were fortunate that the Oak Lawn board unanimously approved the push-tax, which wasn’t the case in Waukegan where their board was divided on the issue. But Greg Mosio led the fight there and got it passed, greatly helping the cause, and Waukegan’s residents.”

By JERRY NOWICKI Capitol News Illinois jnowicki[email protected] SPRINGFIELD – Gov. JB Pritzker on Tuesday signed a follow-up measure to the SAFE-T Act criminal justice reform, the third such amendment since the law’s initial passage in January 2021. The changes approved by lawmakers last week in the fall veto session center on the law’s provisions which…

By PETER HANCOCK Capitol News Illinois [email protected]om SPRINGFIELD – On the final day of their fall veto session, Illinois lawmakers on Thursday advanced a pair of bills that would infuse $1.8 billion into the state’s unemployment trust fund, which was depleted during the economic shutdown brought on by the COVID-19 pandemic. The bipartisan agreement came…