November 19, 2021/Comments Off on Lyons salutes its veterans

Mejias was among about 100 people who gathered Nov. 11 in the community room at the Lyons Village Hall for a ceremony forced indoors by inclement weather.

Mejias, wearing a Marines cap, said he joined the Marines after he graduated from high school in 1955. 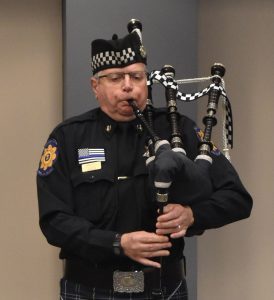 “I served my time,” he said. “I had to stay in the reserves for eight years.”

Lyons Mayor Christopher Getty said Veterans Day “is our time to thank this special group of individuals who chose to put country before oneself and one’s family.”

“The United States stands tall as a free democracy because of our veterans and their sacrifices,” Getty said. “We owe all veterans an enormous debt of gratitude and thanks.”

After that, four Marines from the recruiting office in Oak Park presented a patriotic wreath.

JoAnn Gallion, president of the women’s auxiliary of Emil Schieve American Legion Post 699, said the day is always special for she and her family.

“Veterans Day, to me, is important,” Gallion said. “I also volunteer at the (Lyons) Historical Society, which is great because I have all the stuff from when they sold the (American Legion) hall. We have (items from) World War I, World War II.”

“When they started thanking our veterans, I was thinking of my dad and I started getting emotional because he was always very big on it,” she said. “So is my brother. He’s a definite Mr. America. He loves this country.”

One of her other brothers, Eddie Puskaric, said their father “served in the South Pacific on a buoy tender.”

“As they took the islands, the buoy guys would come in there and mark the reefs so they could get the ships on and out without running into stuff,” he said.

During the ceremony, Legion Post Cmdr. Gordon Marsh said those who join the armed forces automatically become “part of a larger organization,

“We thank you for your commitment, your dedication to your country,” Marsh said. “We’re forever thankful.” 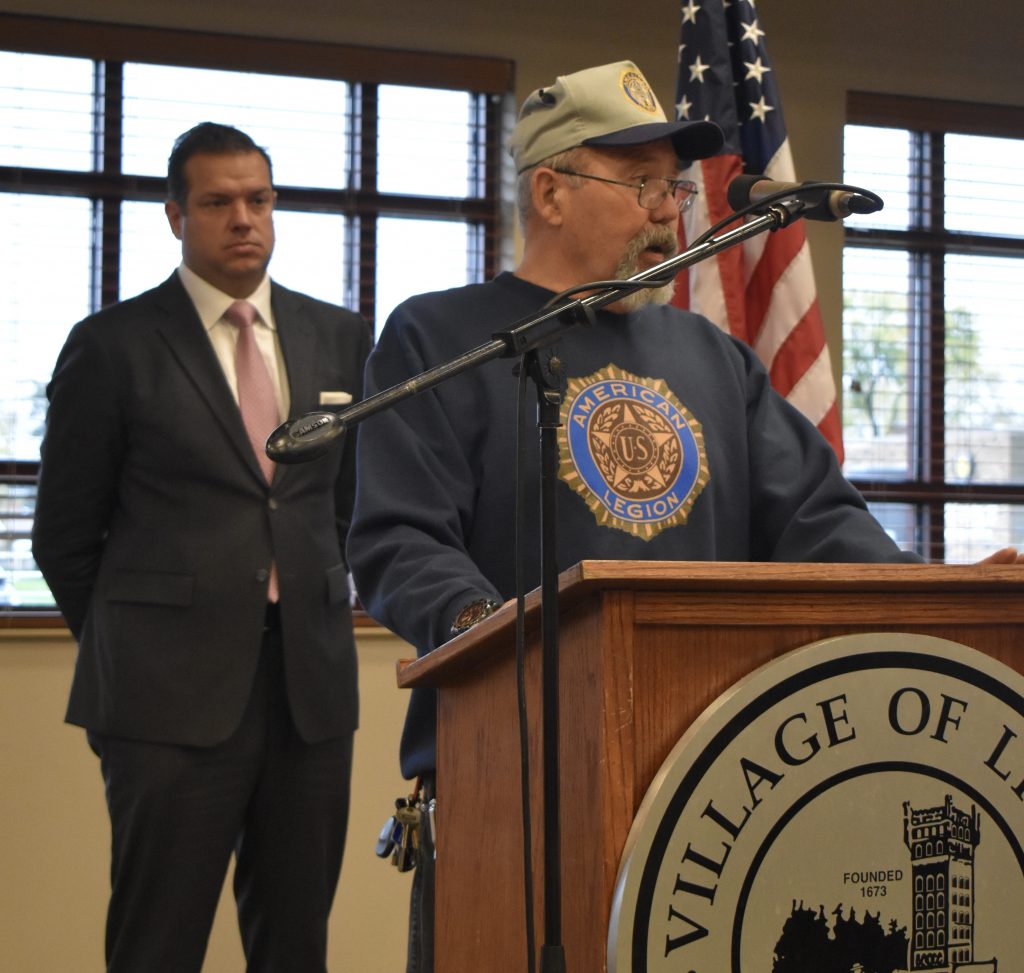