November 20, 2021/Comments Off on Evergreen Park programs accelerate despite pandemic 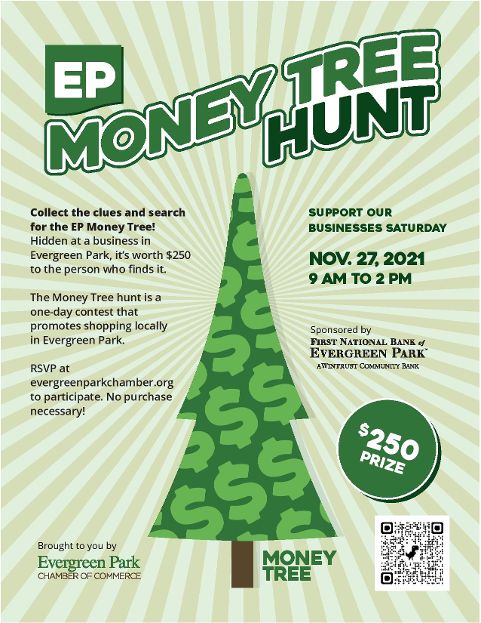 Evergreen Park Mayor Kelly Burke praised department leaders and local organizations that offered services and activities the past year despite the presence of COVID-19.

She referred to the Evergreen Park Recreation Department, which offers a variety of programs for seniors, adults, teens and children.

“They have been able to do this during COVID,” said Burke during the Evergreen Park Village Board meeting Monday night. “They keep the adults and kids safe.”

“They doubled the amount of people there than the previous year,” Burke said. “We were only one of the only rinks open this year due to COVID restrictions.”

“The driving range (at 50-Acre Park) also has brought in plenty of revenue,” Burke said. “It has been very successful.”

The mayor also alluded to the preschool program at the recreation department that limited classes to 12 participants. Children and teachers wore masks. The students’ temperatures were taken upon entering the building, and their hands were sanitized.

Kids were seated six feet apart, two per table. A “drive-through” graduation took place in the parking lot. The police and fire departments attended the graduation, along with the village officials.

“We made it through the year without a COVID case,” Burke said.

Burke also mentioned that members of the Evergreen Park Police Department received commendations for coming to the aid of a local young male resident who had been missing. He was later located.

The police department will initiate the walk and talk program during the holiday season, Burke said.

The waste management fee has risen by 3% and will go into effect on Jan. 1, Burke said.

The mayor will be the guest speaker at the annual State of the Village address luncheon sponsored by the Office of Citizen Services at 11 a.m. today (Thursday, Nov. 18) at the Community Center.

A free COVID-19 vaccine clinic will be held from 9 a.m. to noon today (Thursday, Nov. 18) at the Evergreen Park Community Center. A second dose will be provided on Dec. 16. The Pfizer-BioNTech vaccine is authorized and recommended for individuals 12 years of age and older.

“I suggest everyone who hasn’t to come out and get the shots,” the mayor said.

The Evergreen Park Chamber of Commerce Money Tree Hunt — sponsored by the First National Bank of Evergreen Park — will be held from 9 a.m. to 2 p.m. Saturday, Nov. 27. The Money Hunt is a one-day contest that promotes shopping locally in Evergreen Park. No purchase is necessary. To participate, contact evergreenparkchamber.org.

A Dickens Christmas Festival returns after being canceled last year due to the pandemic. The festival will be held from 2 to 7 p.m. Saturday, Dec. 4, at Klein Park, 9700 S. Homan, and the Community Center. The mayor will be at the Christmas tree lighting at 6 p.m. Festivities during the day will include train rides, a winter obstacle course, an appearance by Santa, trolley rides with carolers, face painting and cookie decorating.

As a tribute to Howard Selkie and the men and women who served the U.S. in World War II, American flags will be lowered on Monday, Dec. 7, in remembrance of Pearl Harbor Day.

The Evergreen Park Recreation Department presents a free Christmas concert entitled “Sounds of the Season” featuring The City Lights Orchestra on Sunday, Dec. 19. The doors open at 6:15 p.m., with the concert starting at 7 p.m. at Most Holy Redeemer Church, 9525 S. Lawndale Ave.

Admission is free. Tickets are now available on a limited basis. Tickets will be limited to a one-time pickup of four tickets per person. Tickets can be picked up at the Evergreen Park Recreation Department.

Burke congratulated the Most Hold Redeemer football team on winning the championship. She also cited Trustees Mark Phelan and Norm Anderson who serve as coaches for the team.

She also praised the Brother Rice football team, which defeated Mount Carmel this past week in the state playoffs. She also noted that the Mother McAuley varsity volleyball team had another successful season. The Mighty Macs (35-7) lost the championship game on Saturday.

“But they (Mother McAuley) put in another impressive effort,” Burke said.