Rory Dames, shown during the NWSL semifinals in Portland, resigned at the Chicago Red Stars coach a day after the team played in the league’s championship game. Photo by IMI 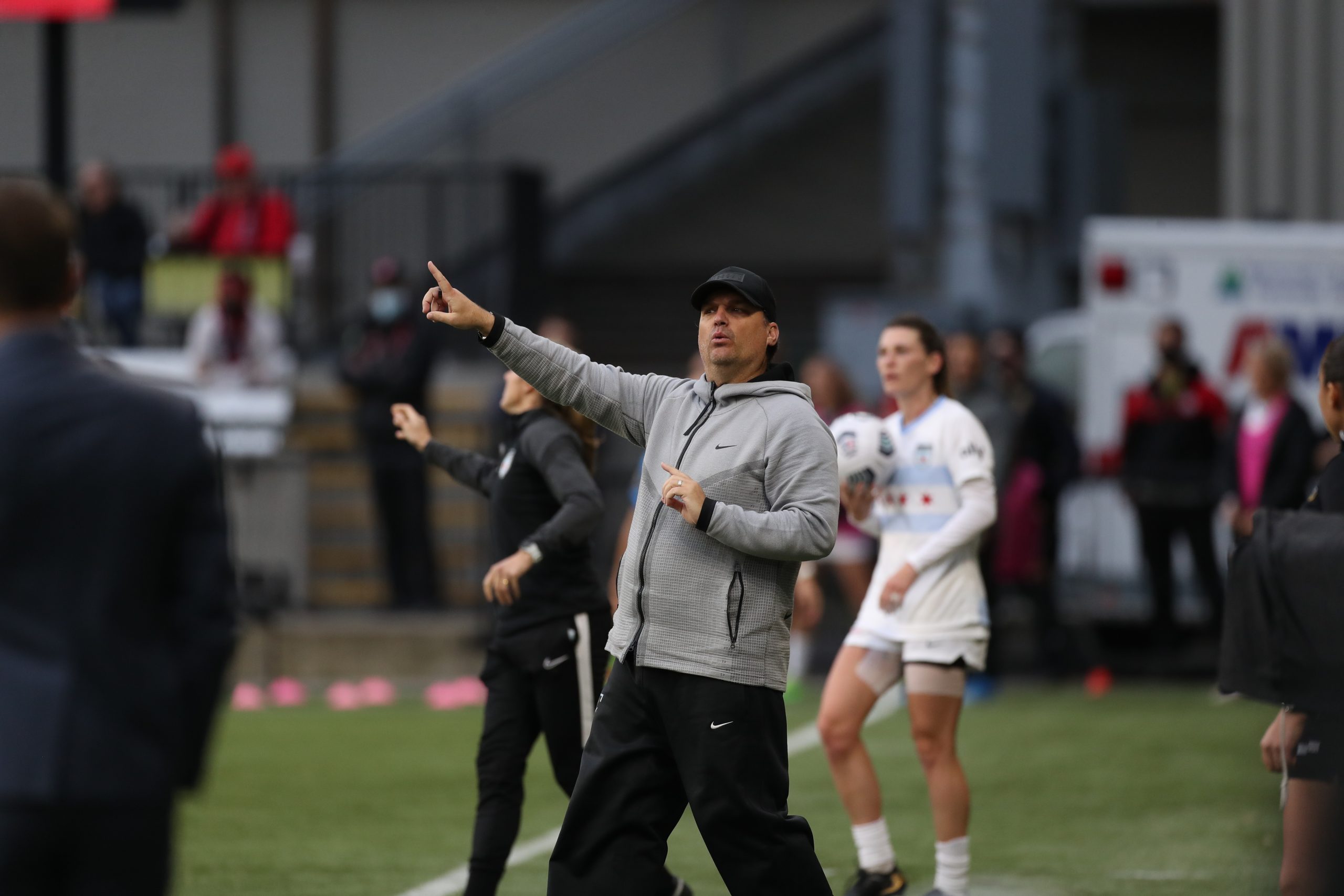 Rory Dames, shown during the NWSL semifinals in Portland, resigned at the Chicago Red Stars coach a day after the team played in the league’s championship game. Photo by IMI

After a bizarre season that saw many of their best players injured for much of the time, a 5-0 loss to open the season and the thrill of making it to the NWSL championship game, Chicago Red Stars coach Rory Dames announced late Sunday night he was resigning.

“For 11 years, I have dedicated myself to help build the Chicago Red Stars into one of the top international clubs,” Dames said in a statement. “Effective today, I’m refocusing my attention to my family and future endeavors, and I am resigning as coach of the Chicago Red Stars.

The club said it will work to immediately transition his responsibilities to the assistant coaches while the search for a new head coach takes place.

In an odd twist, no specific official from the team commented on the resignation and a news release merely quoted “the Chicago Red Stars” as a whole.

“Under Rory’s leadership we have been a remarkably consistent and excellent club on the field.” the release stated. “We continually evaluate our team and front office environment, and given the dynamic change underway in the league, it is time to begin the next chapter of the Red Stars with a search for new leadership of the team.”

Dames started coaching the team in 2011 and had a 68-43-47 record after the team joined the NWSL in 2013. That included coaching the Stars to a league record six straight playoff appearances.

In a bizarre year for the 10-team NWSL, Dames, Houston Dash’s James Clarkson and Kansas City’s Huw Williams were the only coaches to start and finish their respective seasons.

Williams was reassigned to another position with the team shortly after the season ended, and with Dames’ resigning Clarkson is the only survivor.

The other seven teams had coaches who either resigned, were fired or reassigned.

Dames is a Chicago native who played high school soccer at St. Viator and Saint Louis University. He played professionally for the Rockford Raptors and in 1997 founded the Eclipse Select Soccer Club, which fields more than 60 teams for area boys and girls in the Chicago area.

Oh, there was a game
Dames’ announcement came a day after the team suffered a 2-1 overtime loss to Washington in the NWSL championship game at Lynn Family Stadium in Louisville.

Things looked promising when Rachel Hill scored late in the first half.

But at that time, impact players Vanessa DiBernardo and Mallory Pugh were hurt and were not able to play in the second half.

Washington’s Andi Sullivan scored to tie it in the 67th minute and Kelley O’Hara added a goal in the overtime and hung on to claim the title.

NWSL Rookie of the Year Trinity Rodman, daughter of former controversial NBA star Dennis Rodman, got the assist on the game-winner for Washington.

In the closing minutes of the title game, Chicago’s Makenzy Doniak’s shot was saved by Aubrey Bledsoe, and the goalie was also able to tip an Arin Wright shot over the bar.

House Keeping
The Chicago House closed the fall portion of the National Independent Soccer Association season with a 3-1 setback to the Cal United Strikers FC Saturday night at SeatGeek Stadium in Bridgeview.

Cal scored twice in the first 17 minutes before Wojciech Wojik put Chicago on the board in the 22nd minute.

The spring season schedule has not been announced but look for the league to resume in May.