December 16, 2021/Comments Off on Boys Basketball: Chicago Christian is a work in progress 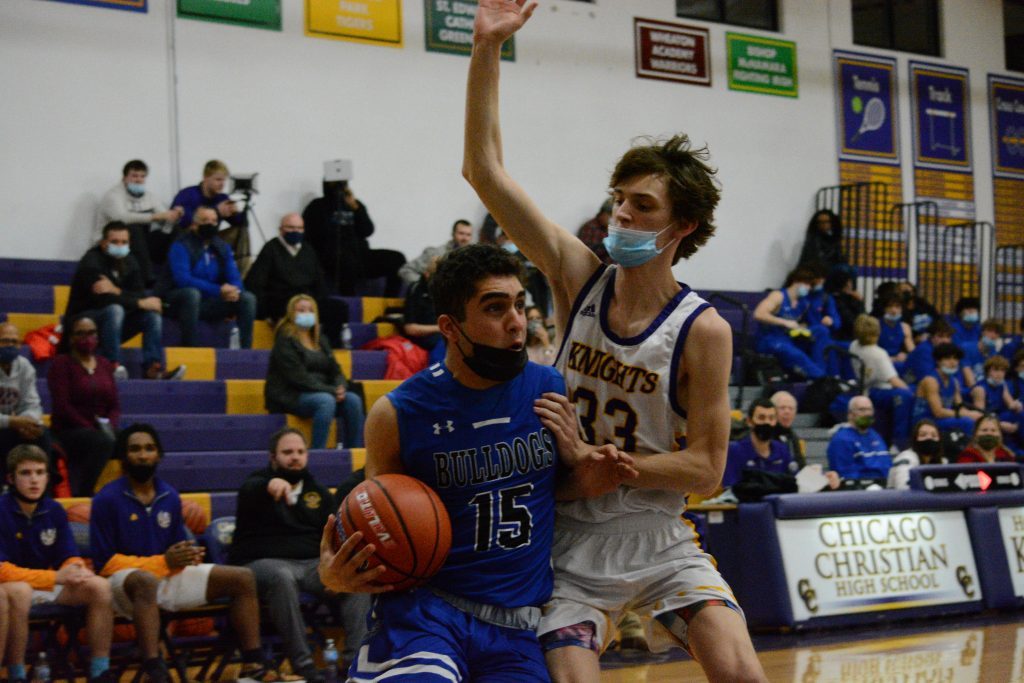 Boys Basketball: Chicago Christian is a work in progress

Most teams, in particular those coming off successful seasons, lose some of their best or most experienced players to graduation from one year to the next.

Rare it is that a team loses all of its best and most experienced players.

The top 11 guys on the roster, for example.

That is the situation Chicago Christian is facing this season. That, coupled with an athletic department mandate that prevented coach Kevin Pittman from elevating sophomores and freshmen to the varsity during the COVID-affected 2020-21 season, has contributed to an imperfect storm through which the Knights are struggling to navigate in the early going.

Those are not the only challenges for Chicago Christian, but they have not made things any easier.

The Knights entered this week 1-8 and were coming off one of their roughest three-game stretches in memory. In losses last week to Bishop McNamara, Riverside-Brookfield and Northridge Prep, the Knights scored a combined 77 points. R-B topped that in three quarters — scoring 79 — in an 82-20 victory on Nov. 10 in Palos Heights.

Pittman called that loss the toughest he has endured in his 28-year coaching career. The Bulldogs led 17-2 five minutes into the contest and 47-11 at halftime.

Being a realist, Pittman knew the Knights were grossly outmanned by a team that returned its top six players from a season ago, but he did not foresee losing by 62.

“We needed to play harder and with more intensity than they did — and we did until they punched us in the face,” he said. “Then we backed down and we weren’t able to do it again.

“I know we can play better than that.”

It has been quite a departure from the norm for a team that has won at least 20 games in four of the past five seasons and six times during Pittman’s 14-year tenure as the Knights’ head coach. This is without question the most inexperienced team he has seen in nearly three decades years with the program.

And he is literally losing sleep over it.

“I’m not the best sleeper as it is, but I lay there trying to figure out how I can utilize the players I have,” he said. “It’s frustrating and it’s a grind. But I’m not going to back down from the challenge.” 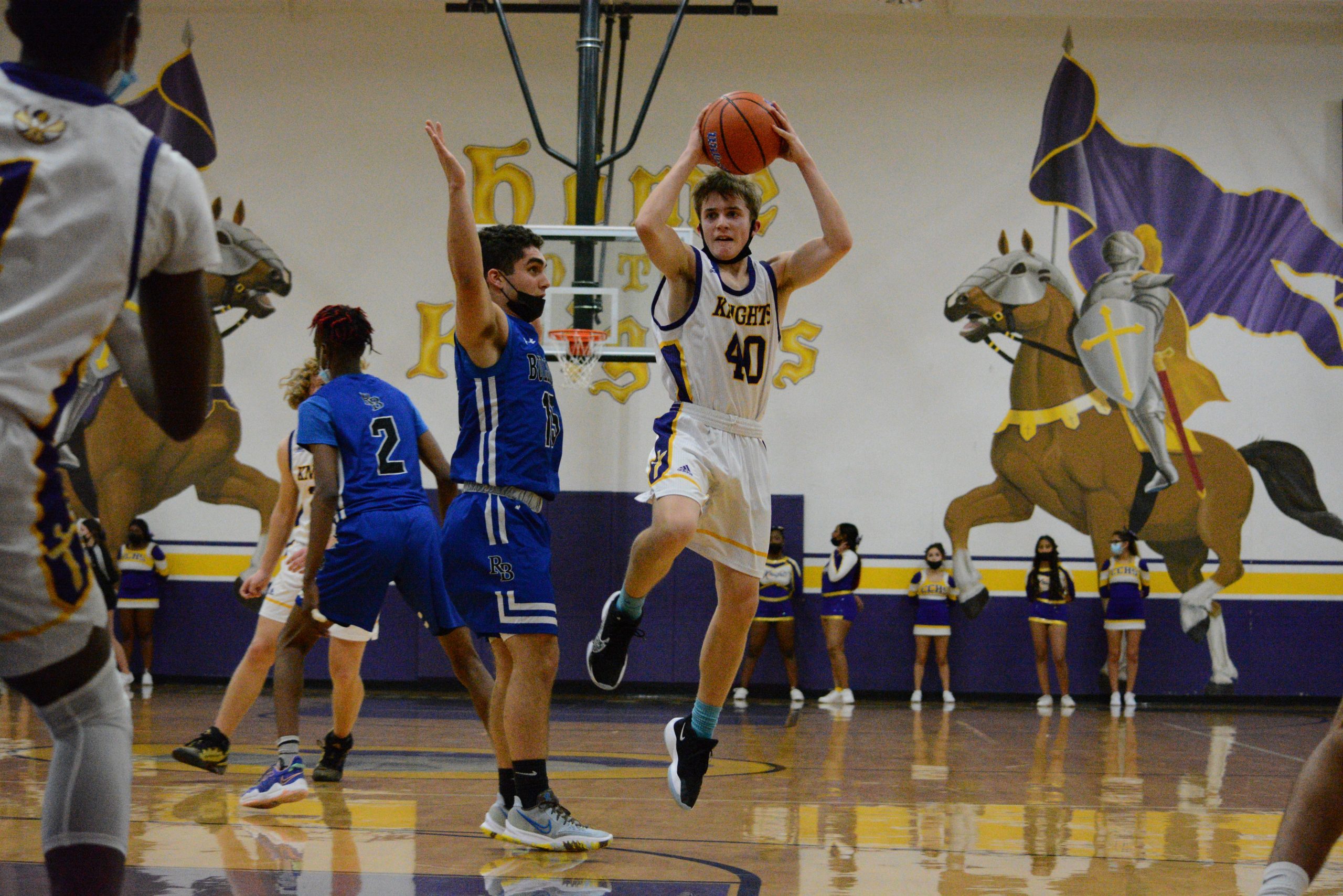 Seniors Luke Jelderks and Evan Ortiz are the only returning players from last year’s squad, and their in-game experience was minimal for a senior-heavy team that finished 23-8.

Jelderks, a 6-1, 185-pound athlete who played quarterback for the Knights football team, is playing out of position at the five.

“He’s an athlete but he’s not big enough to play [in the post], but he’s the biggest and the best we have,” Pittman said. “Their lack of varsity experience is coming back to bite us in the rear.”

He knew the Knights were going to be down a bit this season and he had no illusions about contending for a conference title, especially considering they are playing in the Metro Suburban Red, which is more competitive than the conference’s Blue division. But his realist perspective and coaching what is essentially an entirely different team than what he had in 2020-21 have not made the tough times any easier to swallow.

Pittman’s track record as a winner and a coach who gets the most out of his players is indisputable. Chicago Christian is among the smallest schools in the southwest suburbs and his teams, while usually far from being without talent, are often if not usually less collectively skilled than the majority of their opponents. His coaching, his system and his players’ willingness to buy in and play for 36 minutes like it’s their last time on the court have been the overriding factors to the program’s success over the past decade-plus.

Right now everything is a struggle, to say the least. Pittman is hoping the proverbial light bulb goes on for his players sooner rather than later.

“We’ve always been able to play an aggressive man defense — a switching defense that rotates hard to the ball with constant ball pressure — and right now we can’t do that,” he said, noting he has resorted to using a zone defense at times. “That (zone) requires a lot of movement and slides and getting out and guarding people on the arc, and we’re not doing that, either.

“And we have to able to make some shots. We’ve got to be able to move the ball and share the ball.”

The Knights have no “easy” games on their schedule, but Pittman is hoping a few that have been canceled can be replaced with games that can help his team build some confidence, and a trip to Orlando after Christmas is something to which they can look forward. In the 2019-20 season, a struggling Chicago Christian team that was routed by St. Francis a week before Christmas returned from a tournament in Florida rejuvenated and more cohesive, and rattled off 16 wins in its final 18 regular-season games.